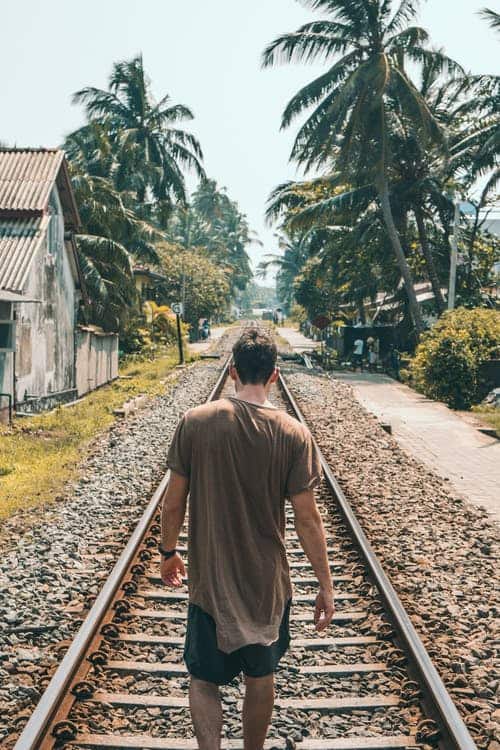 With the train from the glaciers to the palm trees

In Switzerland, trains are not just a means of transport, they are also an experience. Some of them cross the country with a fantastic panorama, others climb the highest train station in Europe without gears.

The Bernina Express slowly works its way up the mountain massif of the same name. Even the start of the train in Pontresina (Switzerland) is at an altitude where lowland tourists breathe much more heavily. The small town in the Engadin is 1774 meters above sea level. Clouds hang over the mountains, only occasionally does the sun break through. But the weather gets better the higher the Rhaetian Railway climbs.

Steep ride up to 2253 meters altitude

The route of the Bernina Express is one of the Craziest railway lines in the world. The highest point of the route is the Ospizio Bernina train station at 2253 meters above sea level. From there it only goes down – with a steady gradient of seven percent in the direction of Italy, past Poschiavo to Tirano. Then it’s time to say goodbye to the glaciers, off to the palm trees that line the lakes of the Mediterranean towns of Lugano, Locarno or Ascona.

But the most beautiful point follows shortly after the highest, at only 2091 meters above sea level: Alp Grüm. The train stops there for a few minutes and gives the passengers the opportunity to get off – panoramic enjoyment without windows and air conditioning, the Piz Palü directly in view.

Further down. Poschiavo train station is at 1014 meters. From there it goes up to 429 meters to the destination station in Tirano. Between the last two stations, Swiss railway engineers have placed a unique structure: the circular viaduct in Brusio. Here the track turns around its own axis in a very small space and loses a lot of height in the process.

From Tirano we return to Switzerland by bus

From Tirano, in Italian Lombardy, the Bernina Express Bus continues to the southernmost canton of Switzerland, Ticino. A coach drives across the Veltlin in the direction of Lake Como to Lugano. There are numerous possibilities for excursions. The two local mountains, Monte Brè and Monte San Salvatore, are easy to hike – with a unique view over Lake Lugano and the city, which has long belonged to Italy.

Those who prefer to stay in town can explore historic churches, immerse themselves in the changing exhibitions in the ultra-modern Lugano Arte e Cultura (LAC), go shopping or simply enjoy the dolce vita on the lakeshore.

The journey back from Ticino to the mountains takes you by train through Urschweiz to Lucerne. And through another spectacular structure: the Gotthard Base Tunnel, which opened in 2016. The train takes around 20 minutes to travel the 57-kilometer route between Bellinzona and Arth-Goldau.

The alternative: a ride on the Gotthard Panorama Express, which runs from Lugano to Flüelen on the south side of Lake Lucerne. This is where the unique rhythm of the Swiss railways becomes apparent – because as soon as you get off the train, the electric boat pulls up. After all, not only trains belong to the offer of the Swiss Transport Service (STS), under which the numerous train companies have joined forces, but also buses and transport ships.