the night train from Berlin to Stockholm 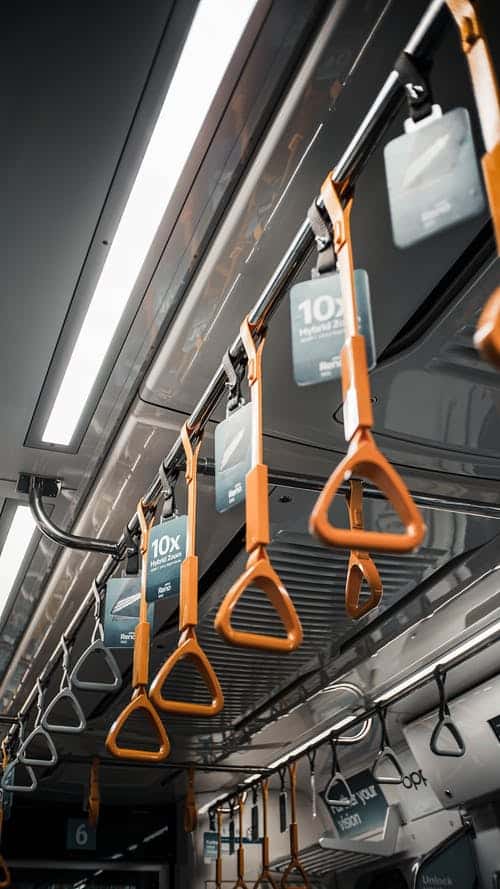 With the night train from Berlin to Stockholm – a field report

Welcome to the eighties: A creaking train with crank doors and bunk beds connects Berlin to Stockholm via Copenhagen. The trip on Snälltåget is a 19-hour adventure.

Getting on the wrong train on the platform in Berlin-Gesundbrunnen that evening has serious consequences. First, two regional trains depart, first to Elsterwerder and then to Falkenberg, both in the Brandenburg province. At 7.12 p.m. the big adventure follows: the Snälltåget night train with couchette cars from Berlin via Copenhagen to Stockholm. Five freshly painted wagons with colorful lettering and fire-red crank doors are ready.

The train leaves on time and with that begins the long journey, which is also a small experiment: Traveling longer distances by train in a climate-friendly and comfortable way at night – does it have potential?

That’s the thing with comfort. After an initial test set-up of the loungers within the city limits of Berlin, one thing is clear: sit or lie down, you have to decide. The cheerful conductor comes and looks at my ticket.

Unplanned stop in the middle of nowhere

The train drives through Brandenburg in the evening. Lush snacks are served in the compartments next to me. Children chuckle contentedly. The mood is good, it smells like wine.

Dusk is slowly setting in when we suddenly come to a halt. A raspy announcement reads: “Sorry, we’re half an hour early. We now have to wait here in the Prignitz. But how about a bit of feet stretching?”

Children run across the platform in their pajamas, video calls are made with family and partners. Some photograph the sunset including the train. There is a first get-together for the passengers. Where do you want to go? Where are you from? And: Haha, did you hear we’re too early! This has never happened to Deutsche Bahn!

This moment at the completely empty train station in the middle of nowhere turns out to be one of the most beautiful of the trip.

After 30 minutes it continues and around 10:00 p.m. the whole train falls silent. Sheets, bedding and duvet covers are provided for a good night’s sleep. The bunk is surprisingly comfortable, if just long enough. If you are more than 1.80 meters tall, it will be difficult. The gentle jolting of the train puts me to sleep immediately. I didn’t notice the stop at 11:30 p.m. in Hamburg.

Loud knocking on the compartment door wakes me up at two in the morning: “Border control! Pass, please!” calls an officer in uniform in German. I accidentally hand over the driver’s license, which doesn’t interest him. He takes one quick look and blinds me with his flashlight before shining the corners of the compartment. He asks if I’m really alone. I assure you: “Yes!” Before I can show him my vaccination certificate, he wishes me a good night and disappears.

It takes me a while to fall asleep again. Finally, shortly after four, it is slowly getting light again.

According to the itinerary, we will soon cross the Öresund Bridge in the direction of Sweden. Another passport check could follow there, the conductor warns over the loudspeaker. At least now it feels like a journey through the Europe of borders that have not yet been opened. The train goes well with this journey through time: the sleeping cars date from the 1980s and are from Deutsche Bahn.

“Good news,” the speaker warbles. “We were able to avoid the Swedish border police,” says the conductor. After a fantastic ride across the deep blue water, we arrive in Malmö in the early morning hours. Shortly before, there are instructions: Some of the passengers have to get off and walk to another platform and get into a new car.

My car is allowed to stay that way and is pulled backwards out of the station by a new locomotive and coupled to the new train. The whole spectacle takes place over an hour and a half.

During the stay in Malmo until around 9:20 a.m. exhaustion sets in. On the platform, tired eyes watch as kilos of bed linen are unloaded. There is little to talk about. Maybe it’s also because the pre-ordered breakfast can be picked up until 7.40 a.m. or only after 9.20 a.m. Most of them haven’t had one yet and are eagerly awaiting the “pub”, as Snälltåget calls its dining car. He goes with me from Malmo.

The pub is wood paneled and has blue upholstered sofas and very pretty antique gold table lamps. However, the technology is state-of-the-art: a self-service shelf offers snacks, rolls and drinks, and payment is made using a digital self-service checkout. Of course there is also staff. And that, as always, is helpful and cheerful.

Lars Björksund, who boarded in Malmö, is now the jack of all trades. He hands out coffee, makes the announcements, dispatches the train. What exactly is his job description, I ask. Boss, he says matter-of-factly and laughs. He says that he has been a conductor since 1976 and has seen a lot. Back then with Interrail, so many young people rode long distances. You see them less often today.

I ask about the border control and whether it has always been like this or has something to do with the corona virus. “No, it’s been like this for a long time,” says Björksund. “They check IDs to prevent illegal entry.”

The train pulls into the next stop. He now makes constant stops on Swedish soil: after Malmö in Lund, Eslöv, Hässleholm, Alvesta, Nässjö, Linköping, Norrköping and Södertälje and finally Stockholm – a total of nine times.

I meet one of the few young people in the dining car when I’m picking up the long-awaited breakfast. She is traveling alone and wants to meet her parents in Stockholm, who have already arrived. She spent the night in the large compartment. In addition to the couchette car, there is also the option of booking seats in a large compartment. That was okay too, she says. You slept well.

The pre-ordered breakfast bag includes a sandwich (vegan and gluten-free on request), an apple juice, an apple and a coffee or tea. If you want, you can take the meal to your seat. There are also hot dishes for lunch, but they may only be eaten in the dining car. Reservation is recommended. However, the majority of guests are self-sufficient.

When the train pulls into Stockholm and the long journey ends, it comes as a bit of a surprise. Watching the landscape from the bed: I could have done that longer.

Traveling through Europe by night train has a lot of charm, is affordable and gives you a good conscience. Arriving is also nice. Stockholm promises a civilization highlight: a shower. It is urgently needed now.

Information on prices and timetable

The Berlin-Stockholm night train runs daily until September 4, 2021, after which several trips per week are planned until the end of October. Prices vary depending on the ticket (private compartment, comfort reclining seat, seat). The compartment costs the equivalent of 2999 crowns (approx. 300 euros) each way. Normal seats cost at least 499 kroner (about 50 euros) and reclining chairs 799 kroner (about 80 euros).

According to Snälltåget, it uses green energy from water, wind and sun to operate the locomotive