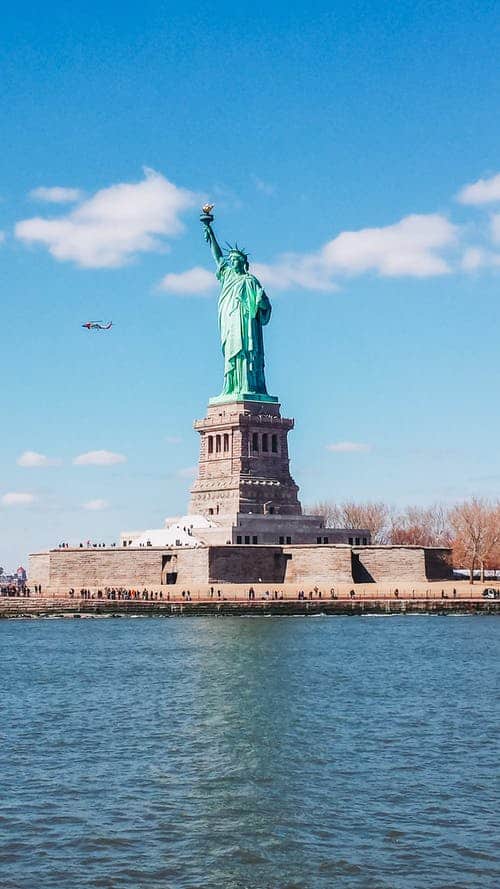 The United States of America is the land of opportunity. Dreams come true here – especially holiday dreams. After all, the unbelievable diversity of the USA enables a holiday program rich in contrasts, with imposing buildings, unique landscapes and exciting entertainment.

We have summarized the 10 most beautiful attractions in the USA for you here in our list of the 10 most popular sights. 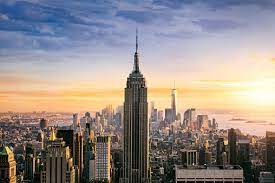 They say you have n’t seen New York until you’ve seen it from the top of the Empire State Building – which, by the way, is 1,500 feet tall. So don’t miss this sight!

The order for the construction of the Empire State Building came from General Motors founder Jakob Raskob. His goal: build a skyscraper that is taller than that of direct competitor Chrysler! After just one year and 45 days of construction, this was accomplished: When it opened in 1931 , the Empire State Building was the tallest building in the city.

The famous skyscraper on Fifth Avenue can of course also be climbed. From the viewing platform on the 102nd floor you can see not only the whole of New York, but also up to 130 km in the surrounding area on a clear day. 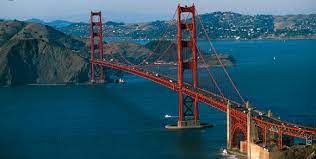 Our second attraction takes us across from the East Coast to the West Coast of the United States. The world-famous bridge in the concise orange-red leads over the Golden Gate Street, which connects the Atlantic with the San Francisco Bay.

View of and from a landmark

You should not only look at the Golden Gate Bridge from afar, but also cross it yourself. The best way to do this is by bike or on foot to enjoy the view over San Francisco Bay in peace – if the bridge is not shrouded in fog, as it is usually.

The most succinct feature was an accident

The red color of the Golden Gate Bridge was not originally planned. Actually, the eye-catching color was just a rust inhibitor , later it was to be painted over in a normal gray. Thankfully, San Francisco residents liked the red so much they stuck with it. 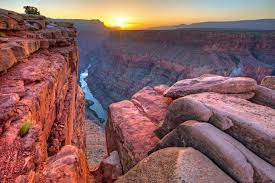 Cut through the middle of Arizona’s Colorado Plateau is the 450 km long and 1.6 km deep canyon carved by the Colorado River over millions of years. Today it is one of the most popular national parks in the USA.

Numerous viewpoints offer visitors spectacular views of the gorge and river. One of the best panoramas is from the South Rim, near Grand Canyon Village. In the Hualapai Indian Reservation, the Skywalk , a glass walkway 1,200 m above the abyss, has been open to visitors who have a good head for heights since 2007.

Hikes in the gorge

Hiking trails lead down to the river from both sides of the Grand Canyon . However, you should have some hiking experience for this, the way to the Colorado River is not easy and takes at least a whole day.

Tip: The vantage points on the North Rim, i.e. on the northern edge of the Grand Canyon, are often a little less crowded and offer an equally great view! 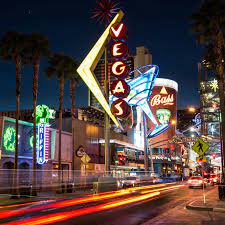 Las Vegas, the entertainment center in the middle of the Nevada desert , is unique in many ways. The most spectacular part of the city is clearly the Las Vegas Strip, home to the magnificent themed hotels and casinos.

From a casino to a complete player’s paradise

In the 1940s, gangster Bugsy Siegel opened the first casino with an integrated hotel in Las Vegas. Since then, the city has grown into a colorful gambler ‘s paradise . Most of the casinos on the Strip gathered.

The hotels outdo each other

A casino hotel is now the closest thing to the Las Vegas Strip. They are each designed according to different themes. You’ll find, among other things, fire-breathing volcanoes, a 30m high pyramid or a replica of Venice complete with canals and singing gondoliers. 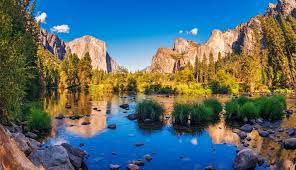 The third oldest national park in the USA has lost none of its attractiveness to this day. The Yosemite National Park owes this above all to its diverse landscape and the unique animal and plant world.

Yosemite National Park stretches over 3,000 km² on the western slopes of the Sierra Nevada. This area contains such diverse natural sights as granite rocks, waterfalls or the gigantic coast redwoods. Some of its highlights are:

Yosemite National Park is easily accessible via numerous beautiful hiking trails. In the crystal clear rivers you can bathe partially. Climbers can also scale granite rocks such as El Capitan. In the winter, skiing and snowboarding is also possible at Badger Pass.

6th place: Seat of the US government in Washington DC

The capital of the USA should not be missing when talking about the sights of the country. After all, this is the center of political power , which makes Washington DC a very special destination.

Office of the President

The most famous building in Washington DC is without a doubt the White House , seat of the incumbent President of the USA. In order to take a guided tour of the building, this must be requested from the consulate months in advance. But the pompous building is also worth seeing from the outside.

In addition to the White House, Washington DC is also home to the Capitol, seat of the Senate, and the House of Representatives . Visiting these is much easier. With the right timing, you can even follow politicians’ meetings in the visitor galleries. 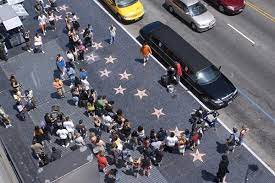 Hollywood is the symbol for stars and glamour, for the American dream and its unlimited possibilities. And nothing in Hollywood represents the film industry quite like the world-renowned Walk of Fame on Hollywood Boulevard .

Stars immortalized in the ground

The biggest names in American film all have a star on the Walk of Fame. This ritual was started in 1958 by the local Chamber of Commerce, which wanted to give Hollywood a new shine. It succeeded: in the meantime, more than 2,300 stars adorn the city’s most famous street.

Entertainment around the Walk of Fame

In addition to the actual Walk of Fame, there are numerous other sights on Hollywood Boulevard, such as the Chinese Theater with its handprints of well-known actors or the Kodak Theatre, home of the Oscars. In between, numerous imitation artists cavort on the street to entertain the tourists. 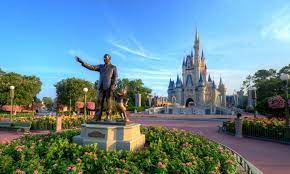 One of the most visited theme parks in the world is located in Central Florida. Walt Disney personally bought vast tracts of swampland there to open his amusement park in 1971 – second only to Disneyland Anaheim in California.

Design with attention to detail

In addition to the exciting rides, Disney World is so popular mainly because of its loving design . The design of the entire park is based on the well-known Disney films. This extends to the individual roller coasters and water rides, which are perfectly fitted into their respective theme world.

Everywhere in Disney World you can meet the heroes of the films in person, from the Disney princesses to Jack Sparrow. Numerous shows and events also offer varied entertainment for visitors of all ages. 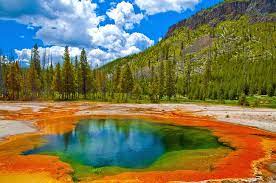 The oldest national park in the world dates back to 1872. The American President at the time, Ulysses Simpsom Grant, founded the national park on an area of ​​almost 9,000 km² that stretches across Wyoming, Montana and Idaho.

Home of the geysers

One of the biggest attractions of Yellowstone National Park are the many geysers. About 300 of these hot springs are found in Yellowstone, half of all geysers in the world. The most famous of these is called Old Faithful and ejects a fountain of water that can reach 60m high every 60 to 90 minutes. 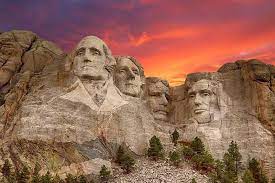 The portraits of the four US Presidents carved into the rock of Mount Rushmore are almost 18 m high . They belong to the great statesmen George Washington, Thomas Jefferson, Theodore Roosevelt and Abraham Lincoln.

From western heroes to presidents

When Doane Robinson, Minister of History in South Dakota, commissioned the sculptor Gutzon Borglum to create the monumental work of art in 1923, he actually had the depiction of historical figures such as western heroes in mind. However, Borglum convinces him to immortalize four of America’s most important presidents instead.

In 1927, work began on Mount Rushmore, involving over 400 workers. The work of art was not completed until 14 years later. Borglum himself does not live to see this; he dies a few months before. His son Lincoln took charge of the work and finished the portraits in his father’s spirit.

The top 10 USA attractions in a nutshell

The sheer size of the United States makes it impossible to visit all of its attractions at once. However, our selection will give you a good indication of where to start your trip to America. Whether you are looking for a city trip or an active holiday in one of the national parks, all options are open to you in the USA.