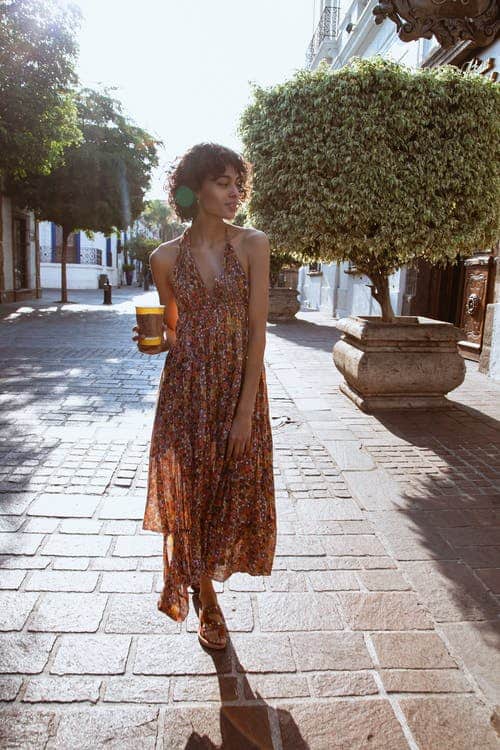 In Trieste, Italians drink even more coffee than anywhere else. There are a few good reasons for this. A caffeinated tour of the city on the Adriatic Sea.

It’s not like you need a dictionary to order a coffee in Trieste. Anyone who orders “un caffè” gets one too – but has outed himself as a tourist. If you don’t want to attract attention, you should practice a little: In the port city in Italy’s north-east, an espresso is “un nero”, one with a dash of milk “un capo” and one with a little milk froth “un gocciato”. If you want the whole thing in a glass instead of a cup, add an “in b” (“in bicchiere” means “in the glass”). Everything is fine so far? Here are some tips for Trieste, Italy’s number 1 coffee city – especially for coffee fans, of course.

In Trieste there is a coffee museum, a coffee fair and a coffee school. And some time-honored coffee houses and patisseries. Coffee belongs to the city like Empress Sisi belongs to the Habsburgs. There is not much left of the former power, but there is of the coffee industry.

To date, around 40,000 square meters of space has been reserved for the raw material at the port of Trieste. More coffee is only handled in Italy in the port of Genoa. It is said that 1,500 cups per capita are drunk in Trieste per year, significantly more than in the rest of the country.

Ten cups a day is no problem

Antico Caffè Torinese , near Piazza della Borsa, is one of five coffeehouses in the city ​​to make the nationwide list of “locali storici”, making it one of the oldest in Italy. The marble counter and the chandelier above are originals from the opening year 1919. Behind it, not only coffee is prepared, cocktails are also mixed.

I ask the women behind the counter how much coffee they drink every day. “Cinque”, five, says Giada Balanzin, 23, but her colleague Adel Flores, 22, outbids her: “Be”, that is, six. And their boss – they both say that – he even manages “dieci”: ten.

In Trieste, coffee is a place where the soul dwells, the Trieste city marketing then also quotes Roberto Morelli, who in turn turns out to be Illy’s head of marketing. The coffee company was founded in Trieste in 1933. Today’s boss Andrea Illy is said to have been four years old when he had his first cup of coffee.

The Antico Caffè Torinese celebrates the art and tradition of coffee preparation.

Coffee is drunk quickly while standing

The coffee house tour continues the next morning at Caffè Stella Polare, another one of the five traditional houses. You drink at the bar, quickly and standing up, just like in Italy.

“Buongiorno, caffè?” calls the barristo as soon as someone enters the café. “Un capo in b, per favore,” I say for the first time and get a glass with espresso and a dash of milk.

James Joyce (1882-1941) stands outside on the Grand Canal, at least his monument. The Irish writer lived in Trieste from 1905 to 1915. There is hardly a café that doesn’t advertise that the man was once there. Joyce is said to have started his masterpiece “Ulysses” in the Pirona pastry shop , which opened in 1900 .

Catering for sightseeing: In the historic Pirona pastry shop, travelers can get traditional pastries

That morning, Joyce only looks from a photo at the classic Trieste baked goods, which are also available in every supermarket. The barristo brings “giocciato”, espresso with milk froth. “Non ho tempo!” he also calls out: I don’t have time!

The baristo whirls around between the espresso machine, dishwasher and cash register, taking orders and preparing new trays. Colleagues bring fresh cakes for the glass showcases from the kitchen. In the three seconds when he has nothing to do, he reveals that he drinks a moderate three cups of coffee a day and that his name is Massimo.

Queuing for a “deca”

Continue to Piazza dell’Unità d’Italia, reputedly Europe’s largest square with open sea views. The Caffè degli Specchi resides there , the largest coffee house in Trieste. Opened in 1839, it was once the meeting place of irredentists, the advocates of Italian unity, and later, after the Second World War, the quarters of the British Navy. According to the operator, 900,000 cups of coffee are served here every year.

If you want to get in, you have to stand in line. A kind of attendant takes me to a table in the last row, a good view of the hustle and bustle, a relaxed mix of tourists and locals: old ladies with small dogs, young couples with large suitcases, newspaper readers, white wine breakfasters.

In the coffee house Caffè Degli Specchi, visitors can indulge in sweet idleness.

The two previous coffees are now working. So I order “capo deca in b” like a local professional. The “deca” stands for “decaffeinato”, decaffeinated.

Things are more leisurely next door at Caffè Tommaseo , Trieste’s oldest coffee house, opened in 1830. A list of coffee specialties hangs in front of the entrance: In addition to “capo” and “nero”, there are creations with ginseng or schnapps, just like in the other houses.

It is similarly chic on Via Cesare Battisti in the Antico Caffè San Marco, which opened in 1914 and is the last of the five historic coffee houses. Or in Trieste’s oldest pastry shop, La Bomboniera.

Shop windows with historical coffee scales, grinders or espresso makers can be found all over the city – only the shops for them are no longer there. Many shops are empty.

“At first glance, the city seems fast and busy, but underneath everything is very slow,” says Alberto Polojac. He says he drinks more than ten cups of coffee a day and has come up with a coffee bean with a mustache and a hat: Mr. Bloom, the logo of his coffee school of the same name, the Bloom Coffee School near Trieste train station. There, Polojac offers training for business people, but also for laypeople.

Polojac grew up with the smell of coffee beans. Not with the ground ones, but with the whole ones that his grandfather traded in. Most people, says the 44-year-old, don’t even know that coffee is a fruit, they only know the end product from the supermarket. For Trieste he would like to see more traditional roasting houses like in the days of his grandfather. And that the city makes more of its heritage – everything is there.

A caffeine-rich day in Trieste is coming to an end: sunset on the Grand Canal

How to get to Trieste and tips for coffee houses

Trieste is best reached by train from Munich Central Station. Duration depending on the connection between seven and nine hours, from 70 euros one way. Direct flights to Trieste Airport are currently only available from Frankfurt am Main.