Traveling in Europe: Not everywhere there is chaos at the airport 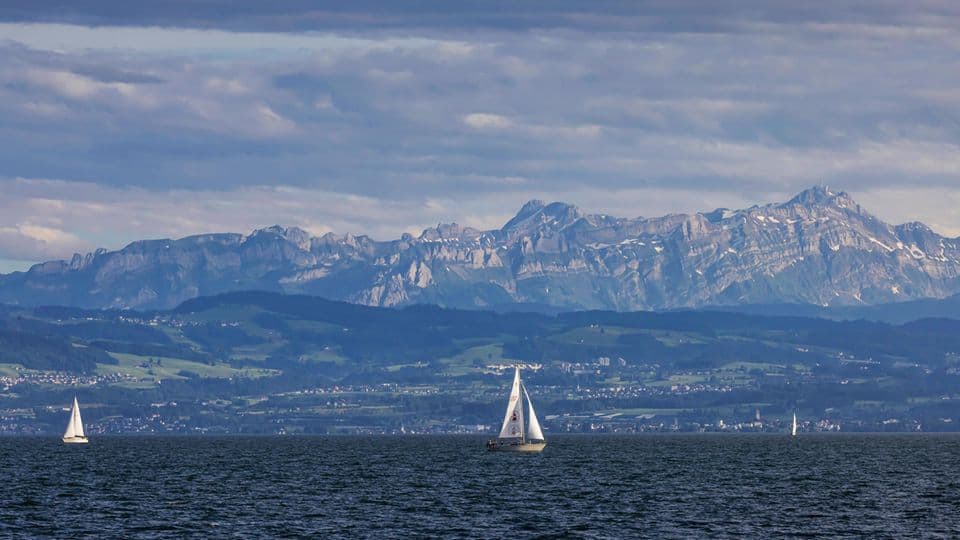 Traveling in Europe: Not everywhere there is chaos at the airport

Spain, Great Britain, Germany – many countries are struggling with problems at the airports this summer. But not all: Some holiday countries in Europe have made provisions for the travel time.

The problems at many airports are not a purely German phenomenon, and things are also anything but smooth in the Netherlands and Great Britain. At other airports, the restart after the pandemic works better.

Queues and mountains of luggage, staff shortages and crowds of customers: Many airports in Germany are struggling with problems in the middle of the main travel season. A look at Europe shows that there are similar difficulties elsewhere – but not everywhere. In southern Europe in particular, operations at the major airports are going much better, as a survey by the German Press Agency shows.

Even at the airports of the popular holiday destination Spain, you groan under the crowds of tourists in summer. There are queues and delays. However, these are limited and are primarily due to strikes by Ryanair and Easyjet ground staff and the chaos at feeder airports – for example in Germany.

Among other things, the lack of staff in Spain is not so noticeable because fewer people were put on the streets during the pandemic. This is thanks to the so-called ERTE – an instrument of Spanish labor law that allows companies to suspend employment contracts for a certain period of time. According to its own statements, the government made a good 19 billion euros available to finance the ERTE in the Corona crisis.

In Italy, too, the number of passengers has not yet returned to the pre-Corona level, says the head of the civil aviation authority (ENAC), Pierluigi Di Palma, of the Ansa news agency. In the past three months, however, they have risen significantly. However, there was no chaos at the airports – except when flight schedules got mixed up due to delays elsewhere.

Di Palma attributes the small number of problems primarily to financial injections from the state, which had supported the airports with a total of around 800 million euros during the pandemic, including for short-time work benefits. This cash injection, said the head of aviation, enabled the airports to retain staff and guarantee operations on the ground.

According to the airport operators, the two holiday countries have hired sufficient staff for the tourist season, which is so important from an economic point of view. Both the security checks and baggage handling were largely normal, a spokesman for Athens Airport Eleftherios Venizielos told the German Press Agency.

Problems mainly arise from the many late planes from Germany and Great Britain and the chaos there. Time and again, this means that tourists from those countries have to wait at Greek airports because their planes are late or have not even landed yet.

According to Hava-Sen, the trade union for employees in the aviation sector, there are currently no staff shortages in Turkey. The airline Turkish Airlines and a spokesman for Istanbul Airport also reported largely smooth processes.

The reason for the delays is not a lack of staff but a high volume of travel at airports such as that in the holiday region of Antalya, said Seckin Kocak, head of Hava-Sen. In addition, there was already an oversupply of staff before the pandemic began in Turkey.

Three countries, one lake and the mountains in view – what makes Lake Constance so special

When the view is clear, Lake Constance offers this spectacular mountain panorama: the Alpstein massif with the Säntis in Switzerland then seems close enough to touch.

According to Vienna Airport, there are no significant irregularities in summer travel. “Operations are largely running smoothly,” said airport spokesman Peter Kleemann. Thanks to government support, the airport did not lay off any staff during the corona pandemic and is well positioned for the current and expected passenger volume.

Unlike other airports, Vienna Airport operates many passenger-related processes itself and with its own staff, such as security checks and most of the ground handling. You can therefore control the processes and capacities yourself.

Travel time: Massive problems at airports in France and the Netherlands

On the other hand, the picture in another neighboring country is completely different: chaos is almost everyday life at Dutch Airport Schiphol this summer. Some planes start with considerable delays, and passengers have to expect hours of waiting beforehand. Dozens of flights are canceled, especially on weekends. Some airlines have now switched their holiday flights to regional airports.

Baggage handling is also chaotic. The reason for this is the lack of staff. There are also too few people in security. This is due to the high workload and low wages. During the Corona period, many employees switched to the health authorities, which paid significantly better. And now they are not returning to the airport – although in the meantime the wages have increased significantly and even pay bonuses.

It seems like a cry for help: the largest British airline British Airways is canceling more than 10,000 additional short-haul flights by the end of October. This is for the safety of customers, too many flights had to be canceled at short notice.

To deal with the chaos, the British government had relaxed the rules for take-off and landing rights at airports just before the peak travel season. Airlines can use it to cancel connections and do without the so-called slots without having to fear losing the expensive take-off rights.

In France, there are queues, delays and flight cancellations, especially at Paris airports. Air traffic picked up again strongly and more than expected. As a result, it is not possible to rehire the ground staff that were reduced during the Corona crisis to the required extent. Around 4,000 jobs are advertised at the Paris airports of Orly and Charles-de-Gaulle alone. Interest in shift work and weekend work has waned in view of the noticeable upturn in the economy in France.

In addition, there have been repeated strikes by employees in recent weeks for higher wages and better working conditions, both at airlines and recently also among ground staff. In the past few days, around ten percent of take-offs and landings at Charles-de-Gaulle Airport have therefore been cancelled.