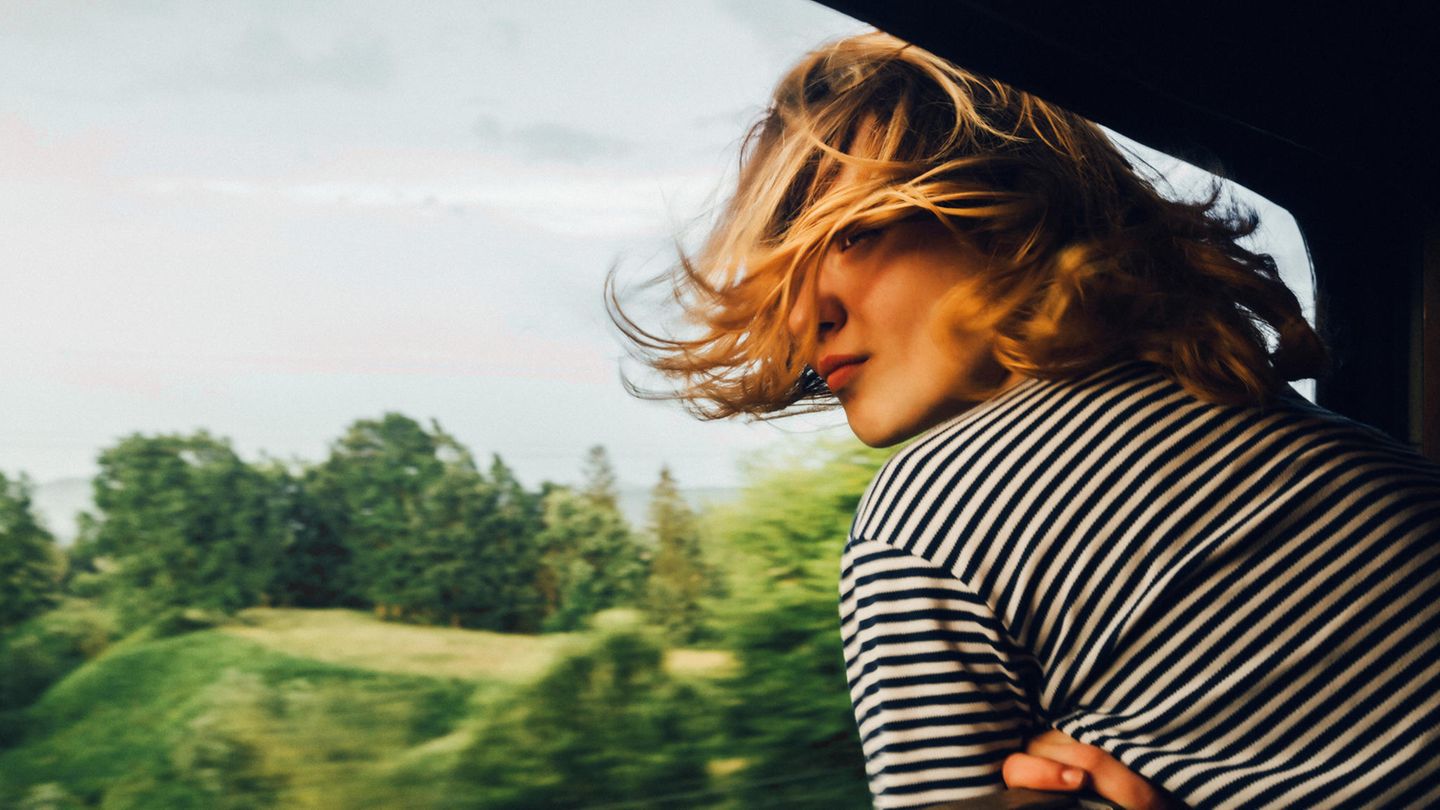 Summer is coming and so is the 9 euro ticket! Time for a list of the best train routes through Germany.

And then you roll out of Hamburg, further and further north, and think: It’s crazy how flat the country is here. And how tranquil the towns along the Marschbahn. The train also stops in small towns, the province begins behind the door. When driving on the Hindenburgdamm you are completely excited, the mudflats and the North Sea in front of your eyes. Next stop: Westerland Beach.

Across the railway embankment to the island – this is also possible on the Baltic Sea. The train trundles north-east from Stralsund towards Rügen, past the port of Alte Fähre, further through the interior of the island to the Jasmunder Bodden, and finally to the edge of the Jasmund National Park. And you can already tell when you arrive: Rügen has so much more to offer than just chalk cliffs.

On one side the wooded slope, on the other the long, calm river: This is how it goes through the Elbe valley deep into Saxon Switzerland. Those who sit on the left-hand side of the train in the direction of travel have the best view of the water and sandstone cliffs. Even the famous Bastei can be seen through the window, as well as pretty places like Pirna and Bad Schandau. Also nice: the ferry ride in Schmilka-Hirschmühle across the Elbe.

The railway line along the Weißen Elster surprises with its lush nature and wildly romantic landscape. It’s worth getting off, sights such as the lower castle in Greiz, the wooden bridge in Wunschdorf and the Pirk dam are very close to the route. It was opened in 1875, and the Elstertalbahn passes 30 stations, eight tunnels and 30 larger bridges on the way.

Grazing cows, lush meadows, snow-capped peaks and the golden eagle circling above everything – if you take the train across the highest German mountain range, you will see a picture-perfect landscape passing by your window. It is a total of 34 kilometers from the train station in Freilassing to the edge of the Berchtesgaden National Park. At the end, a swim in the nearby Königsee awaits.

The views on this 74-kilometer-long Lake Constance belt railway are varied. The scenic wonder includes Germany’s largest inland water, but also vineyards, meadows, pretty villages and Salem Castle. On a clear day, the snow-capped peaks of the Alps can be seen on the horizon. The return trip can then wait a bit so that you have enough time to explore the island town of Lindau in peace.

The counterpart to the marching railway from Hamburg to Sylt. This route is sometimes steeply uphill, between Himmelreich and Hinterzarten, for example, the Höllentalbahn climbs 430 meters in altitude. The remaining 76 kilometers with nine tunnels and many bridges also show what engineering was capable of around 140 years ago. Particularly impressive: the 224 meter long Ravenna Viaduct.

A landscape “like something out of a poet’s dream” was once said by Heinrich von Kleist. And right in the middle of it all is a railway line that runs 70 kilometers through the Unesco World Heritage Site of the Upper Middle Rhine Valley. You also drive past the Loreley, described by Heinrich Heine in 1824: “The Lore-Ley” tells of a dream woman who turns all men’s heads with her curls, while combing her golden hair and singing a beguiling song. And today? “This is Germany’s landscape at its most dramatic”, writes the “Lonely Planet”.

A different kind of drink and drive: If you take a good Moselle wine with you on this route, you enjoy the whole thing: While the vineyards pass by outside the window, you can taste the finished product inside. The train and river continue to meander through the Moselle valley in intimate harmony, without travelers having to worry about alcohol levels.

So, enough of the landscape ravings, now it’s getting urban. A different city every ten minutes, with an industrial backdrop that has grown over centuries. It is a good idea to get off the train to explore Bochum, Essen or Duisburg. Towards the end of the route, the train rolls across the Rhine towards Cologne Cathedral. What a final!