Sydney is one of the largest cities in Australia and of course known worldwide. Located on the east coast of Australia in the state of New South Wales , the city is the start of a trip to Australia for many visitors .

The metropolis has a very special attraction and almost everyone knows the many sights of Sydney, such as the Sydney Opera House or the Harbor Bridge . For me, too, Sydney was the entry point to Australia and I’ll tell you what my first impression was here.

Sydney has the largest airport in Australia, making it very easy to reach from many parts of the world. There are many flights with a stopover, but also direct flights, eg from Asia or the United Arab Emirates. From Europe there is usually a stopover as the total flight time is over 20 hours. Compare prices and times on Skyscanner or Momondo .
Tip : Due to the long flight time, it is worth making a stopover in Asia, for example in Singapore , Kuala Lumpur or Bangkok , before continuing on to Sydney.
There are several options to get from the airport to the city. The Airport Link train takes you to Central Station in just under 13 minutes. Buses 400, 420 regular and 420N (night trips) are other ways to get into the city cheaply. Quarters such as Kings Cross or Circular Quay are approached here. The last option is to book a cheap airport shuttle online in advance , which will take you directly to your accommodation.

The Mariners Court Hotel is on the edge of the city centre, just a few minutes’ walk from the Royal Botanic Gardens, through which you can reach the Sydney Opera. In addition to the clean rooms with all amenities and a balcony, the hotel offers a breakfast buffet, washing machines and dryers, and luggage storage. The good connection to public transport also speaks for the Mariners Court Hotel.
You can find more hotels in Sydney in other popular districts such as Kings Cross or Darling Harbor here .

After traveling a good 24 hours from Bangkok via Jakarta and Singapore (due to strange flight bookings), I feared that summer was behind me. As it is the beginning of May, autumn is usually slowly setting in in Australia, but I was lucky and the sun was already shining brightly in the morning and warmed up the day.

The entry procedure was also very easy and apart from the tiresome filling out of the entry papers, everything went very quickly. Before that, I had often read on the Internet that people asked for a bank statement and an onward or return ticket. However, this was not the case for me. Nevertheless, I would advise everyone to have these papers with them. Scan passport, put stamp, have fun in Australia!

So after the first Australian shower, I set out to enjoy the rays of sunshine on the other side of the world. From the district of Kings Cross , where my accommodation was, the harbor with the Sydney Opera House , the Harbor Bridge and the botanical gardens is not far away. A good starting point for Sydney.

The Royal Botanic Garden covers over 30 hectares and is situated on a bay, practically opposite the Sydney Opera House. It is only one of three botanical gardens in Sydney, but the largest. It was founded in 1816 and is still open daily today. You can visit him for free.

During a visit you can discover several areas in the Royal Botanic Garden, such as the Begonia Garden, the Palm Grove, the Tropical House, a piece of rainforest and much more. A walk along the water is also absolutely worthwhile, because there you will get your first views of the Sydney Opera and the Harbor Bridge. 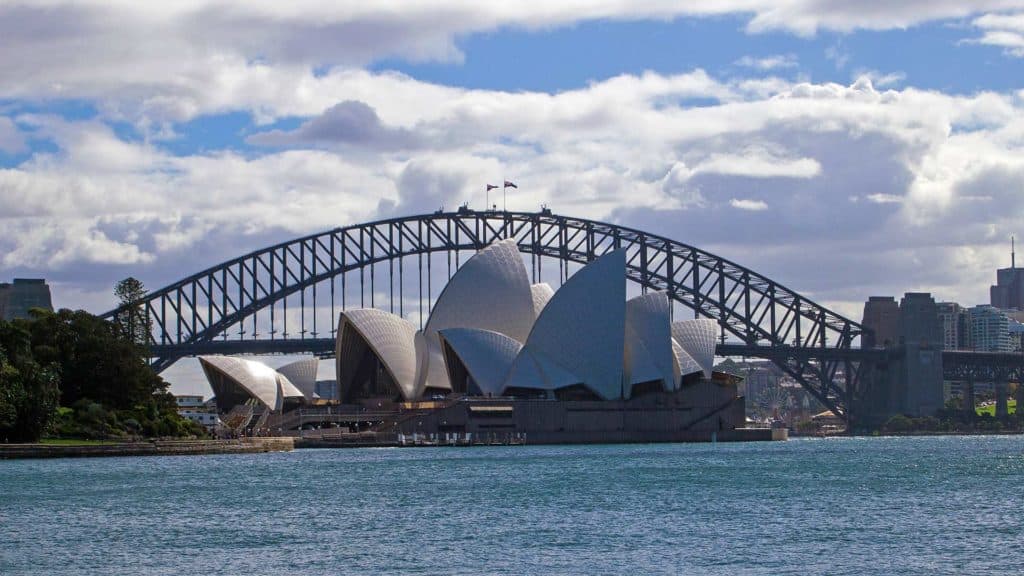 The Sydney Opera House is without a doubt the most famous building in the Australian city. The UNESCO World Heritage building visits almost every traveler who comes to Australia. The unique construction by a Danish architect inspires at first sight and you can also explore the interior on a guided tour . 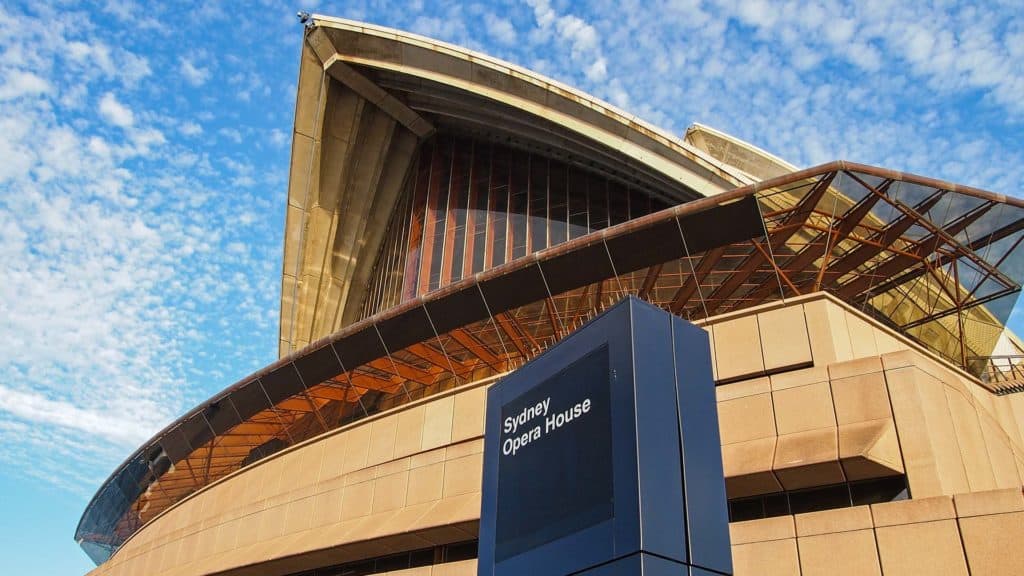 Even today, the Sydney Opera still sees around 2500 performances per year, resulting in around 4 million visitors. If you would like to see one of the performances, then you should secure your tickets in good time, for example to the La Bohème Opera. 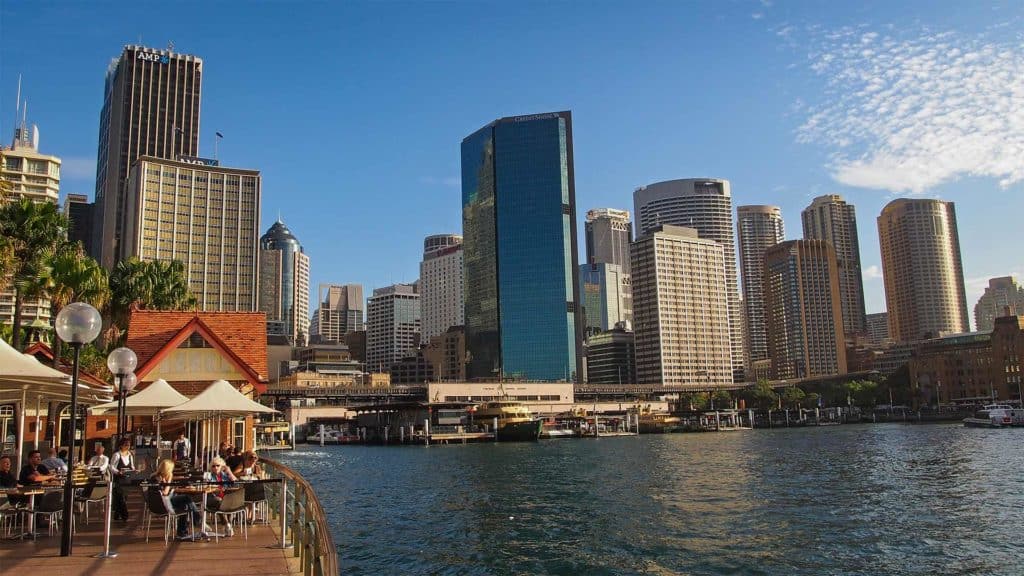 By the way, you have the best view of the Sydney Opera House from the Harbor Bridge, or from the ferry that takes you from the Central Business District to Manly. The following photo was taken there. 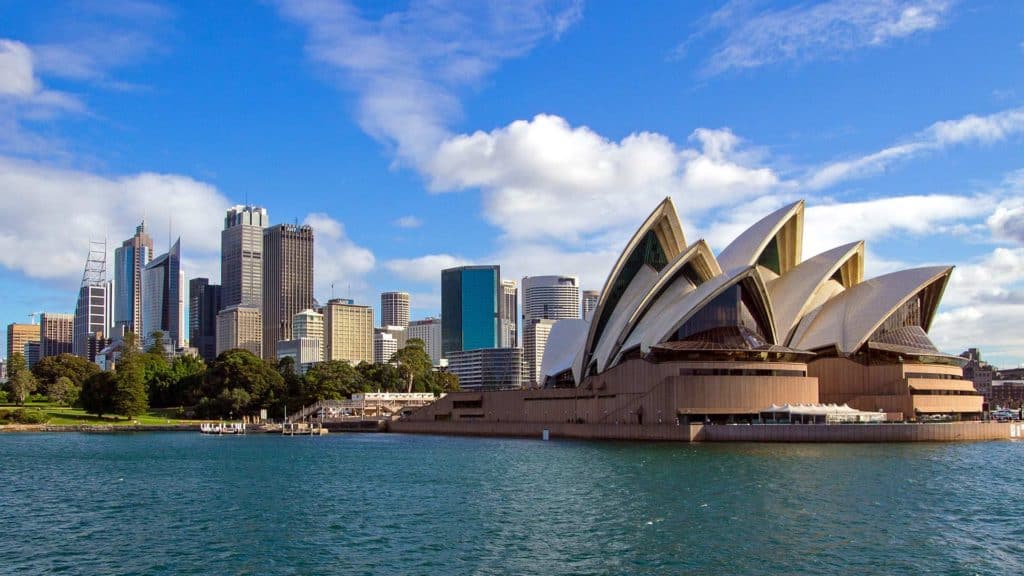 Sydney’s Harbor Bridge spans the harbor and is accessible to cars, pedestrians and cyclists. Not only does it connect the Central Business District to the city’s North Shore, but it’s also one of Sydney’s top attractions .

The bridge has been open since 1932 and if you are in Sydney you should definitely come here for a sunset and of course climb the bridge. From there you can enjoy a great view over Sydney Harbor and the skyline. 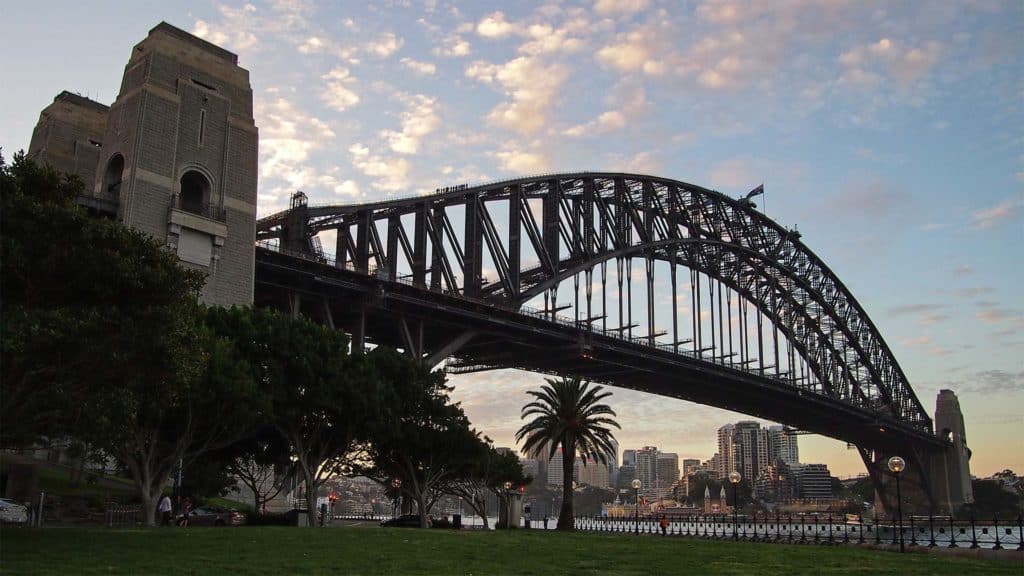 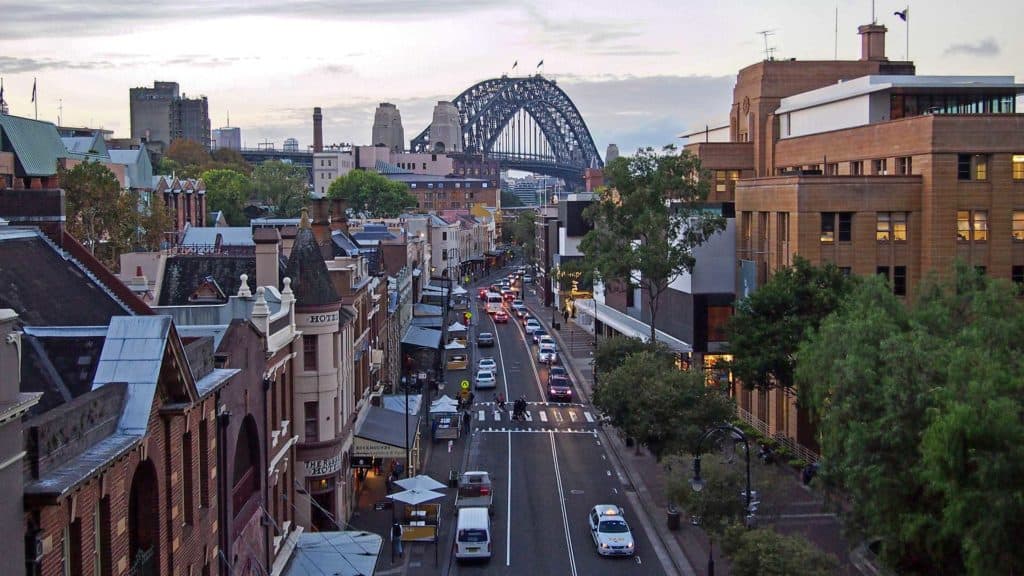 Summary of the first day in Sydney

The first day in Sydney was really nice. The weather cooperated and I finally saw two things on my bucket list. The Sydney Opera House and the Harbor Bridge are really impressive and made the first day in Australia a highlight. The joy of exploring Sydney in detail over the next few days is all the greater.