The natural paradise of Costa Rica 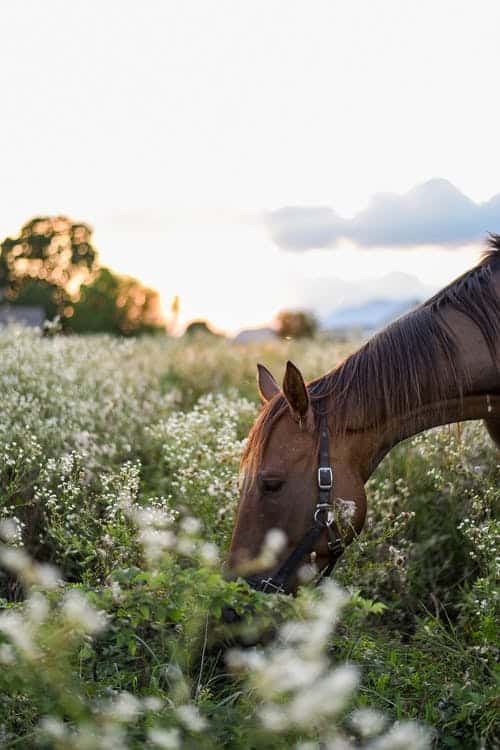 Attention nature lovers: Costa Rica attracts with an unbelievable diversity, which is like a paradise on earth. At best, you see a few deciduous trees and a cat in front of your own front door? Not so in Costa Rica! Due to contrasting climate zones, there are different vegetation zones. Hike through lush rainforests, explore exciting volcanic landscapes or observe rare species of birds – there is so much to discover. In the following you will find out which special animals and plants you absolutely must see and which natural wonders the country is particularly fascinated by.

Immerse yourself in the natural paradise of Costa Rica and leave the stress of everyday life behind. Beautiful plants and rare animal species are waiting to be discovered by you. Have you ever heard the sound of a real howler monkey or photographed colorful bromeliads? In Costa Rica you have the opportunity to get very close to nature. Book your holiday in paradise now and look forward to unforgettable days in harmony with nature.

Welcome to paradise on earth! Located in the middle of Central America, Costa Rica combines mountain ranges and coastal areas, giving it its varied appearance. The country borders the Caribbean to the east and the Pacific to the west. Two oceans that shine with impressive underwater landscapes.

dream or reality? In Costa Rica, the borders seem fluid

Thanks to its contrasting climate zones, the country has diverse ecosystems and some natural wonders such as volcanic areas, tropical rainforests and mysterious cloud forests. Nature lovers will be delighted from the first second, because Costa Rica is one of the countries with the greatest biodiversity on our planet.

When you walk past magnificent orchids and giant creepers, hear exotic birds singing in the distance and suddenly see real monkeys up close, you may find yourself pinching yourself. dream or reality? The splendor of nature in Costa Rica is so incomprehensible that you have to ask yourself this question again and again.

Let us take you on a little journey through the incredible flora and fauna of the country. Bet that by the end of the article you will immediately be making holiday plans?

Animal wild: on the trail of different animal species in Costa Rica

Did you know that Costa Rica has over 500,000 documented animal species? That makes about 6% of the world’s existing species. A considerable proportion considering the relatively small size of the country. The different vegetation zones as well as the many nature protection areas and reserves are of great importance. They offer the optimal conditions for different animals. Have you ever seen real sloths or monkeys in the wild? During your vacation in Costa Rica there are many opportunities to get closer to the fascinating biodiversity.

What’s that chirping up there? Bird lovers will love the Osa Peninsula. Here you can not only observe the scarlet macaw, but around 400 other bird species. Some of them only live on the peninsula. Book a guided tour and hike from Drake Bay towards the coast with your guide. With a bit of luck you can spot colorful hummingbirds in the trees or even catch a glimpse of a colorful toucan. Would you like to delve deeper into the fascinating world of birds? All important destinations and many tips can be found here .

You just have to like them: monkeys. When the fascinating animals shimmy smoothly from tree to tree, it’s fascinating. In Costa Rica you can follow the footsteps of four different species of monkeys: Howler monkeys, white-faced capuchin monkeys, squirrel monkeys and spider or spider monkeys. The popular white-faced monkeys romp around in the national parks, especially in Manuel Antonio National Park. Here it is said that the little cheeky badgers steal the food from the tourists’ hands. It is therefore best to have breakfast before your hike.

Don’t be alarmed: listen to the incredible sounds of howler monkeys

On the other hand, you can hear one species of monkey from afar. The locals also call the howler monkeys “alarm clocks” because they often make loud noises in the jungle at 5 a.m. in the morning. The males in particular can roar for miles. If you don’t want to miss this spectacle, your best bet is to go to Guanacaste or the Osa Peninsula. There are a lot of howler monkeys here.

Similar to the koala in Australia, the sloth is considered an icon in Costa Rica. After all, it embodies important aspects of the life motto “Pura Vida”: slowing down from everyday life and relaxation. With a bit of luck you can meet these conspecifics in the rain forest areas. But sloths also like to stay at higher altitudes and in the cloud forest areas. Since their movements are very slow, they are easier to observe than the nimble monkeys. There are two species of sloths in Costa Rica: the two-toed sloth and the three-toed sloth.

Would you like to discover even more exotic animals during your vacation? Whether on a leisurely hike or an exciting dive, follow in the footsteps of these 10 animal conspecifics:

Costa Rica is considered a colorful paradise. Not only the variety of species is impressive, but also the diversity of tropical flowers and trees. There are over 12,000 different plant species in Costa Rica. That accounts for about 4% of the world’s known species. If you go on a hike through the national parks and reserves, you can look forward to a true blaze of colour.

Colorful bromeliads and beautiful orchids are the perfect motifs for all amateur photographers. With a bit of luck, you might also discover the orchid Guaria morada, the national flower of Costa Rica. Admirers of the beautiful flowers should pay a visit to the Lankaster Orchid Gardens. The plant collections include more than 3000 species.

Photograph the most beautiful and largest plants you have ever seen

The numerous types of wood, ferns and grasses are also typical of the flora of Costa Rica. But that’s not all. Huge tree ferns, lush creepers and tropical palm trees adorn the landscape. A popular motif for many photographers. Embark on a hiking tour and take the time to examine the different plants more closely. You will be impressed how magnificent, colorful and large many species have grown.

The plant paradise in Costa Rica is home to curious species that you should not miss. A special feature is, for example, the strangler fig. Behind the funny name is a clever survivor in the rainforest. The climbing plant settles on other trees and forms its aerial roots downwards there. After a certain time, the strangler fig completely towers over the tree and crushes it. It is best to keep an eye out for the hollow structures of the strangler fig.

The Guanacaste tree, also known as the elephant ear tree, is also memorable. With its sprawling leaves and short, thick trunk, it really does remind you of a pachyderm. The tree is highly valued as a national tree as it provides excellent shade from its leaves.

Enjoy the variety thanks to different zones

On the trail of impressive volcanoes

Ready for a special kind of natural spectacle? Costa Rica is known for its numerous volcanoes, six of which are still active. The Arenal Volcano in northern Costa Rica is particularly popular. Since 1968, the volcano has erupted an average of 41 times per day. However, he has not been active since 2010.

Take a hike in the surrounding national park and follow the tracks of cooled lava flows. The National Park’s famous “Hanging Bridges” offer incredible bird’s-eye views. Also worth seeing is the famous waterfall “La Fortuna” and the hot spring of the resort “Tabacón”. End your day of hiking with a relaxing bath in the soothing thermal springs, for example.

Also worth seeing is the Tenorio volcano, which offers a special kind of color spectacle. Amidst the lush, deep green rainforest whales meanders the famous Rio Celeste river, whose water glows turquoise. There is even a legend that says that after painting the sky, God washed his brushes in the river. Experience the colors with your own eyes and take a hike over adventurous suspension bridges to the Celeste Waterfall. You will be overwhelmed by the colors.

Costa Rica has many sides. The country appears lively and alive, but also mysterious and quiet. In some places, nature looks like an enchanted fairytale forest. One of those special places is the cloud forest in Monteverde. Cloud forests get their name from the formation of special cloud veils. A guided night hike is particularly magical. Get to know the special ecosystem of the forest and, with a bit of luck, discover hidden animals in the dark. A magical experience in front of a fascinating background noise!

The most beautiful national parks and volcanic landscapes:

Discover the wonders of nature in Costa Rica

From magical cloud forests to bubbling volcanoes, natural wonders are within reach in Costa Rica. The lush flora and fauna makes a holiday for nature lovers a very special experience. See sloths and monkeys up close, or let a guide show you exotic birds. Costa Rica shows what a wonder nature is and you have the opportunity to get to know the beauty of the country yourself during a vacation. Book your Costa Rica trip now and look forward to exotic experiences.