The luxury hotel on Spain’s coast that never opened

The luxury hotel on Spain's 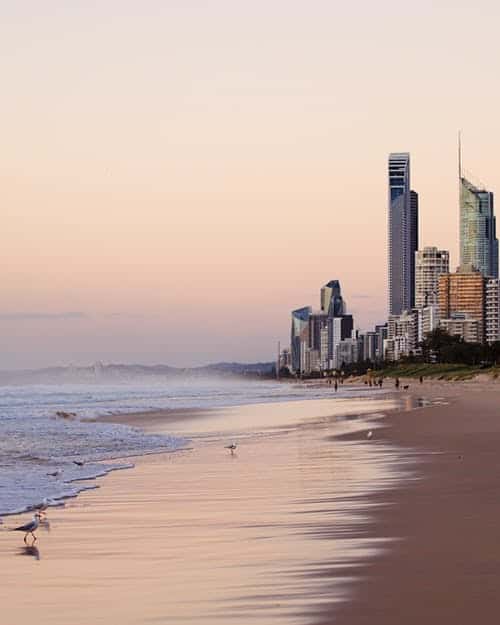 On the beautiful south-east coast of Spain, in the middle of a nature park and in the immediate vicinity of the water, a half-completed block of a hotel has been rotting away for almost 20 years, spoiling the landscape. What the ghost hotel is all about and what should happen to it in the future.

It’s not a pretty sight that greets visitors to El Algarrobico Beach in Spain’s Almería region . Directly behind the beach, a concrete giant with 21 floors rises on a steep slope. The plaster is crumbling everywhere, the once bright white paint has yellowed, and construction cranes are still standing around. It is the remains of a planned 411-room luxury hotel designed to welcome tourists from all over the world. But it never came to that.

The history of the Hotel Algarrobico

The history of the ghost hotel of Algarrobico begins in 2003, when the competent municipality gave the developers of a hotel group permission for the project. Even then there were protests from environmentalists. Because the building site is in the protected Cabo de Gata nature park and much too close to the water. Greenpeace in particular is campaigning for a construction freeze. The environmental activists describe the hotel on the Algarrobico beach as “illegal” and hang corresponding posters on the already half-finished building. There are numerous protest actions, also with boats. In 2005, the environmentalists achieved their first success: a court ordered a halt to construction work.

Years of litigation followed. In 2012 the Supreme Court of Andalusia in Granada declared the construction illegal. In the meantime, according to a report by “ Spiegel ”, the opposite verdict has been reached. But in 2016, Spain’s Supreme Court finally declared the construction of the controversial hotel complex illegal. According to “Spiegel”, the judges decide that the area on one of the last natural beaches in the Carboneras area should not have been built on.

But what should happen to the ruins is not decided in the process. As the travel portal “ Traveltomorrow.com ” writes, the Court of Justice is only asking the municipality of Carboneras within the framework of the judgment to change and review the building permit that was issued almost two decades ago.

In the provisional last judgment in July 2021, the Supreme Court of Andalusia rejected a renewed application by Greenpeace to demolish the hotel on Algarrobico beach. According to the judges, the action can only continue if the municipality of Carboneras revokes the building permit issued in 2003. But that won’t happen for the time being. Because, as the Spanish website “ Europa Press ” writes, in October 2021 the City Council of Carboneras appealed to the Supreme Court (OGH) against the judgment that obliges it to initiate a review of the building permit for the hotel.

As the months go by, the half-completed and increasingly derelict hotel construction still spoils the Algarrobico coast. The environmentalists from Greenpeace describe the construction on their website as a “symbol of the destruction of the coast” and as “one of the biggest scandals in urban development”. The judgment of the Supreme Court in February 2016 confirmed that the hotel was built illegally in the middle of the natural park, despite the passivity of the responsible authorities. “Despite the campaign promises of immediate demolition in March 2008 and the promises of environment ministers and Andalusian presidents, the hotel is still standing,” writes Greenpeace. And further: “According to a study, around 400 jobs will be created by the demolition and the subsequent renovation of the area.”