The highest skyscraper in the EU 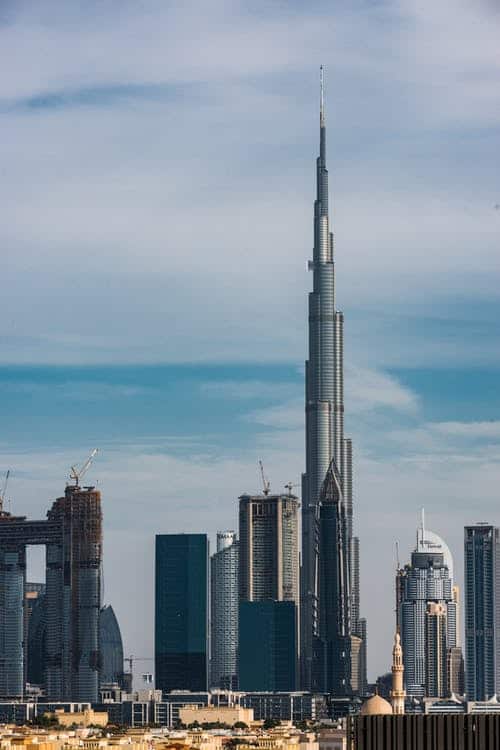 Internationally, Germany is less known for its skyscraper metropolises – apart from “Mainhattan”, of course. And Frankfurt am Main wants to go even higher: The impressive skyline with its numerous high-rise buildings will soon be enriched by a skyscraper. With a height of 280 meters, the highest skyscraper in the European Union is being planned in the Europaviertel. Protravel knows which skyscrapers are (still) in the top ten tallest buildings in Germany.

Anyone who thinks of impressive skylines worldwide has New York, Dubai or Singapore in mind. But there are also some impressive skyscrapers in this country. Everyone is currently in Frankfurt am Main and the next highlight is already being planned here: The “Millennium Tower” is to be built in the financial metropolis by 2030 – the tallest skyscraper in the EU. But other German cities are following suit and want to aim high. In Berlin, for example, construction of the “Estrel Tower” began last year, and there are also big plans in Hamburg. What they look like and which buildings are still among the tallest in Germany – an overview.

“Millennium Tower” in Frankfurt is to be 280 meters high

280 meters high and with a spectacular viewing platform: The “Millennium Tower” is set to become Frankfurt’s tallest skyscraper by 2030. With a public “Skyhall”, which is intended to be a very special highlight, as “ Hessenschau ” writes among others. Construction work is scheduled to start in 2025 – as the name suggests, the designs date back to around the year 2000.

The 10 tallest buildings in Germany

Incidentally, when viewed from a global perspective, the skyscrapers in Frankfurt am Main are almost vanishingly small.

What other tall buildings are to be built in Germany

In Hamburg, the ” Elbtower ” is to be built by 2024, which will be the new highlight of “HafenCity” with a height of 244.80 meters. It is being discussed whether there will be a restaurant 200 meters up. With its height, the “Elbtower” will clearly tower over the other buildings in the city – and is therefore definitely a source of criticism. It should be built anyway.

People are also busy in the capital: the new “ Estrel Tower ” has been under construction in Berlin since last year. A hotel with more than 500 rooms on an area of ​​75,000 square meters is planned, as well as an event room. On the 44th floor, the top floor of the “Estrel Tower”, a restaurant and a bar with a rooftop terrace are to move in, which should offer a “spectacular view over Berlin”, according to the website of the architects “Barkow Leibinger” .

The “Estrel Tower” is being built on Sonnenallee in Berlin’s Neukölln district and is scheduled for completion in 2024. Then the “Estrel Tower” at 175 meters would be the tallest building in Berlin, but only just in the top 20 of the tallest buildings in Germany. The reason: In the next two years alone, two more skyscrapers with a height of over 190 meters are to be built in Frankfurt am Main, the “Four Frankfurt 1” (228 meters) and the “ONE” (190 meters). A few more are to follow, so that a height of 175 meters in 2024 is only enough for 20th place.

The tallest buildings in Germany

While buildings only include detached houses, structures also include other structures, such as television towers, masts or chimneys.