Stress test for Sylt: With the 9-euro ticket, the island expects a rush of visitors

Stress test for Sylt: With the 9-euro ticket, the island expects a rush of visitors 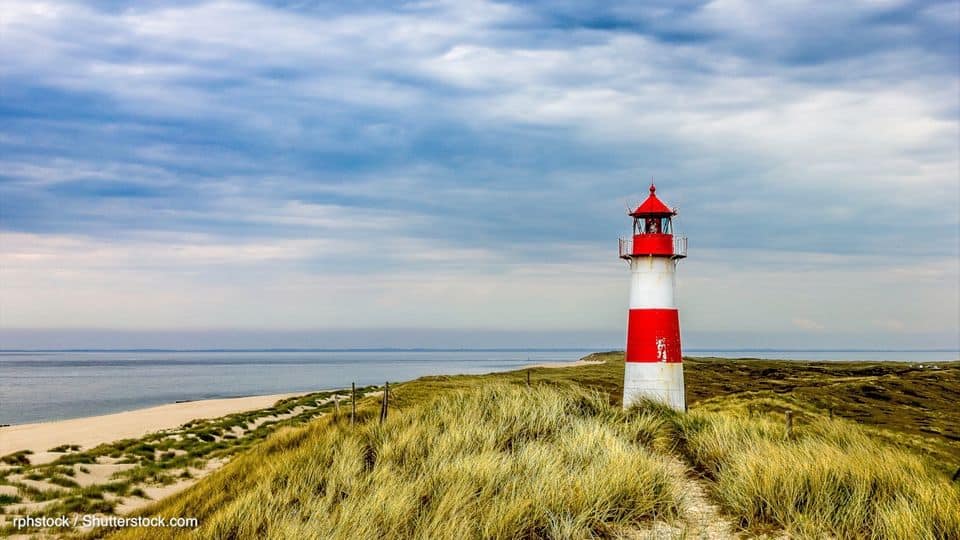 Adventures, Destinations, Places, Travel
Stress test for Sylt: With the 9-euro ticket, the island expects a rush of visitors

“Entering Sylt”, plus small net pictures with overcrowded beaches and trains, worries about full trains and the accusation that one only wants the rich guests – at the start of the 9-euro ticket, Sylt is on everyone’s lips again. And what do they say on the island itself?

Who in the past few weeks in the social networks looked around, could almost get the feeling that there was only one destination for the 9-euro ticket: Sylt. Countless little pictures of crowded beaches and trains were created to alleviate the islanders’ alleged fear of being overrun by 9-euro holidaymakers. Calls from left-wing groups online to board the island quickly made the rounds.

The islanders had previously only wanted to draw attention to the fact that the train will reach its capacity limit due to the additional guests, the trains are likely to be even fuller than usual. Because if you don’t want to travel by ferry from Denmark, you have to take the train the Hindenburgdamm. A route that has been in the headlines time and again in recent years due to unpunctuality and canceled and overcrowded trains.

The impact, especially on social networks, has surprised some on the island. “Some things obviously didn’t come across as they were meant to, we’ll pay attention to that in the future,” said the managing director of Sylt Marketing GmbH, Moritz Luft.

The 9-euro ticket has been valid since Wednesday and is valid nationwide on local transport. On Sylt, as in other holiday resorts, people are now preparing for additional guests, especially on the weekends. But he doesn’t think “that we’ll be overrun,” said Karl Max Hellner, owner of several fashion shops on Sylt and chairman of the “Sylter Unternehmer” association. The main focus is on the approximately 4,000 commuters who come to work on the island by train every day, said Hellner. “Our biggest concern is that our employees who commute daily (…) will then have to travel in even narrower trains.” Now the island is preparing for the Pentecost days, traditionally a well-attended weekend on the island. “Pentecost is definitely the first 9-euro stress test.”

The current calls to destroy Sylt, to board Sylt, bring back memories of 1995, when autonomists had called for people to travel there with the then new 15-mark weekend train ticket and spread “chaos”. Several dozen rioters were arrested at Westerland train station on a weekend at the end of March 1995, after having rioted on two Deutsche Bahn trains.

Of course, one hopes that there will be no problems “which unfortunately have been announced,” said entrepreneur Hellner. The island still wants to be prepared for any chaos days. “There have been some discussions in different circles.” If it should come to that, it is also a matter for the state and the federal government. “They have to support us then.”

Where the North Sea is most beautiful

66 meters high with dune, 142 years old – the tower between Nebel and Wittdün is the king of the North Sea lighthouses. A benevolent king who even allows himself to be mounted and allows civil marriages. When the weather is glorious, Nordstrand, Pellworm, Sylt and Föhr can be seen.

The fact that people are still working on the cliché of the “island of the beautiful and rich” only causes many guests and islanders to shake their heads. Hellner’s colleague on the board of the “Sylter Unternehmer” Ole König recently wrote in the “Zeit”: “Those who want to visit us have wrong ideas about Sylt. This is not a rich zoo where millionaires and billionaires strut around!”

And Marketing Managing Director Luft also stated: “Anyone who knows Sylt knows how heterogeneous our island is”. Basically, we are happy about all guests. And indeed: Some rich and prominent people have a second home worth millions on Sylt or stay in one of the luxury hotels. But there are also several campsites, youth hostels, cheap guesthouses and holiday apartments, which are no more expensive than on other islands.

Hardly any space for locals

Now in the week after Ascension Day, before Pentecost, the island is well attended, but it doesn’t seem overcrowded. A vacationer from Saarbrücken goes for a walk with her husband in the dunes in front of Kampen. She sees the 9-euro ticket ambivalently, she says. She begrudge everyone to travel here for less money. But: “On the other hand, I think the island is relatively full anyway.”

And that’s actually more of a problem for the island. Whether people spend the night in their own holiday home, in a hotel or in a tent, whether they pay a lot or little for their journey, is of secondary importance locally. What is being discussed – as in many other holiday resorts not only on the North and Baltic Seas – is that over the years more and more people are coming, more and more hotels are being built, and there is hardly any space for locals.

“Too much, too full”: Many people on Sylt have felt this way, not just since the Corona pandemic, when tourism on the islands was initially zero with entry and accommodation bans and then suddenly increased to a hundred again in the summer. The island is trying to counteract this with various concepts. Keywords are: sustainable tourism, deceleration, permanent living space instead of holiday development and intelligent traffic concepts on the island.