Spirit houses in the mountains: Abandoned for decades

Spirit houses in the mountains: Abandoned for decades 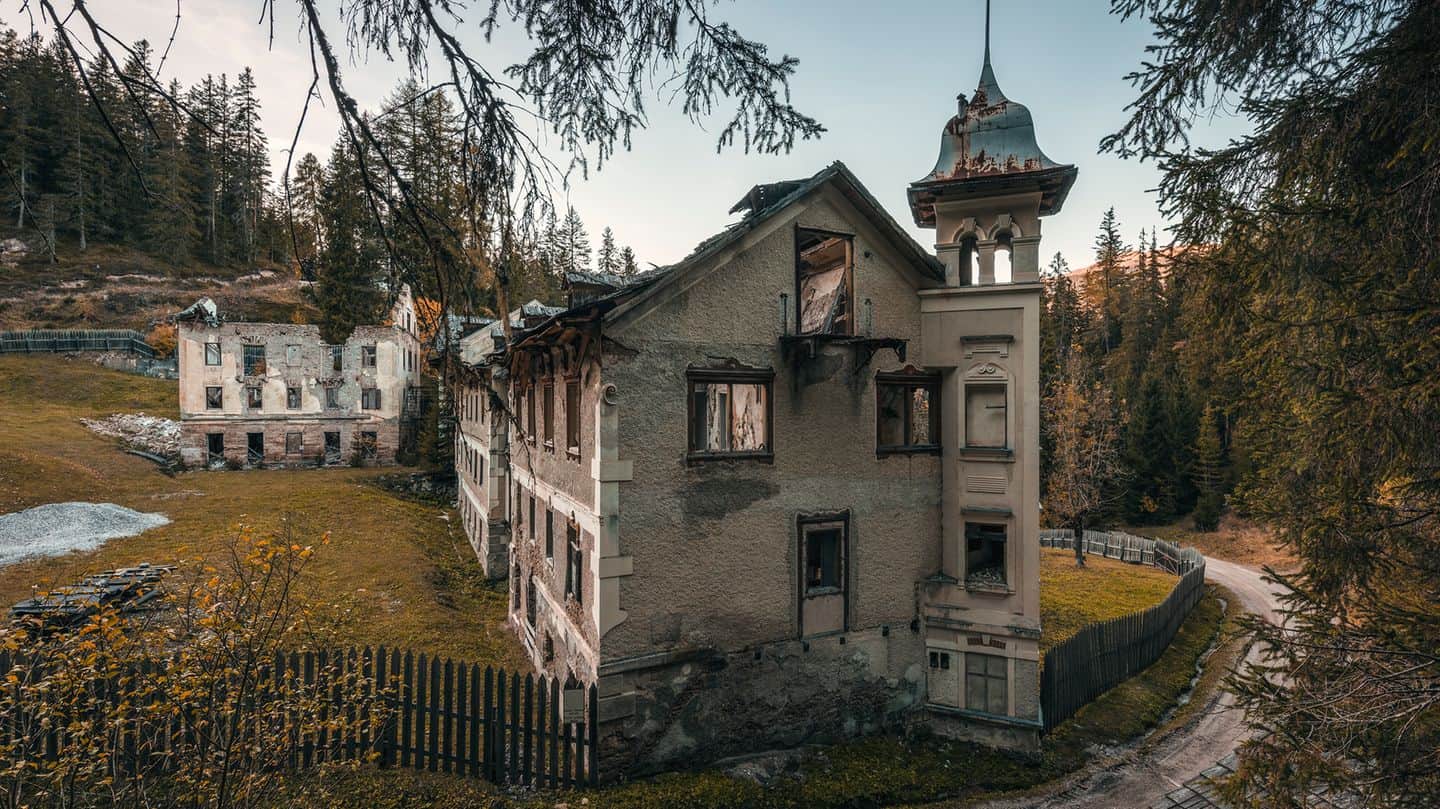 People have lived in the Alps for thousands of years. But in the second half of the 20th century the rural exodus began: the inhabitants withdrew from many early-developed regions of the Alps. The meager rural life was too difficult for the following generations.

Especially in the Italian mountains east of Turin there are abandoned villages left to decay and without a soul. Here nature takes back what was once laboriously wrested from her. Regularly cultivated alpine meadows are overgrown by forest, fields laid out in terraces are falling into ruin and buildings that are no longer inhabited are collapsing.

Adventure and landscape photographer Stefan Hefele is drawn to these places. With his camera, he sought out the forgotten and suppressed spaces that have long been left to themselves and are characterized by a morbid aesthetic and captured them in his own visual language. Now he has his recordings in the illustrated book “Haunted Houses – Abandoned Places in the Alps” gathered, which was published by Bruckmann Verlag.

In the large-format book, the 250 illustrations are thematically structured according to “lifelines”, the paths and roads in the mountains, the “peasant world”, the “world of work” with industrial ruins” and the most beautiful chapter: “Faded splendor”, the villas and former magnificent buildings in various stages of decay.

The individual sections are supplemented with texts by Eugen E. Hulser, who tells the history and stories of the “Lost Places”, and with short quotations and wisdom.

The magic of the ephemeral is inherent in almost all of Hefele’s photographs. His civilizing still lifes document that nothing is eternal and that nature remains the dominant element in the Alps.

From the infamous nuclear disaster zone around Chernobyl to Henry Ford’s doomed jungle paradise, learn about six of the world’s most famous deserted cities and towns. Each ghost town tells a story, revealing how people lived, worked, loved, fought, died, and left. Learn why some places are abandoned, while others remain home to ghosts, spirits, and memories.

The city lies in the inner exlusion zone around Chernobyl where there are hot spots of persistently elevated levels of radiation making it uninhabitable for thousands years to come.

At 1:23 am on April 26, 1986 a catastrophe occurred at Reactor Number 4 at the Soviet Nuclear Power Plant at Chernobyl.

A massive explosion resulted in fire & radioactivity spewing into the atmosphere causing widespread panic among local people who had no idea what to do.

Soviet Authorities quickly sealed off an 18 mile radius around the site to prevent further contamination.

Today most of the buildings remain abandoned.

On the afternoon of June 10th, 1944, the village was the scene of one the worst massacres of French civilian casualties during World War II. In what is believed to be an act of revenge for a perceived sympathy towards the French resistance, a German Waffen SS unit rounded up and executed 642 of its inhabitants, including many women and children. The survivors were then forced into the church where they were shot or blown up. Most of the buildings in the village were subsequently destroyed.

Hashima Island, known as Gunkanjima (“Shipyard Island”) in Japanese, lies just offshore of Nagasaki City, about 20 kilometers southwest of downtown. It is one of three islands that make up the city’s urbanized area. The ruins of the former mining town are now a national park.

The small Cypriot town of Varosha sits on the southern tip of the island nation, nestled along the turquoise waters of the Mediterranean Sea. Its pristine beaches are home to some of the best resorts in the world, but it is also the site of one of history’s worst man-made disasters.

In 1971, the resort town became a haven for wealthy Europeans seeking to escape the growing unrest in mainland Greece. But just three short years later, the entire place was wiped out by a massive earthquake.

The old Standard Company ore mill in Bodie, California is a landmark at the site of one of the largest gold mines in the United States. The mining town is preserved by the California State Parks system, although it is now empty and abandoned.

Gold-crazed prospector’s flocked to the settlement of Bodie in the late 1870s, and its population quickly swelled to some 10,000.

Henry Ford built a utopian city in the heart of the Amazon rainforest called “Fordlandia.”

In 1927, Henry Ford began working on “Fordlandia,” a massive rubber plantation in Brazil’s Tapajos River jungle. He wanted it to be a model company town, where workers could live in small homes, play sports and enjoy social events, just like in America.

The plan didn’t go well. Rubber trees succumbed to disease, and production soon ground to a halt. Workers grew tired of living in such a remote place, and many eventually returned home.

Today, the town is a quiet ruin, visited mostly by adventurous