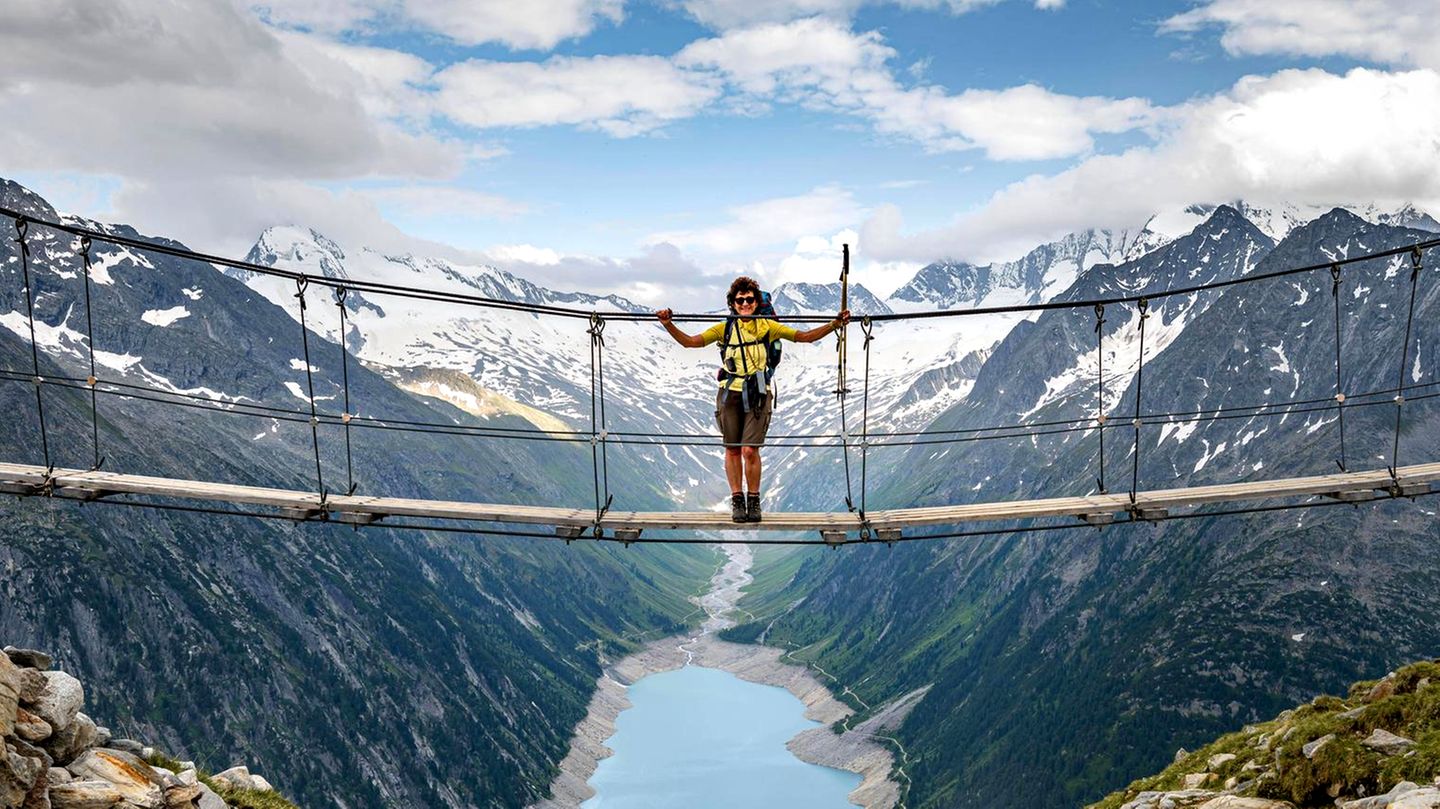 A special kind of bridging days: It’s not about skilful planning of vacation days, but about hiking experiences that require a good deal of courage. Because the highlight of a tour in the mountains can be crossing an abyss using a suspension bridge.

The structures suspended from steel cables serve different purposes depending on their location. A further component has been added to the original function in the Alps of shortening certain routes and also making them safe – such as the Trift bridge, the Charles Kuonen suspension bridge or the bridge to the Terrihütte in Switzerland: as a purely sensational destination for tourism .

Projects such as Glacier 3000 or the Titlis Cliff Walk do not have a connecting function, but are intended to lure visitors from Asia in particular to dizzying vantage points by cable car and flush money into the cable car coffers. But this trend is increasingly encountering resistance.

“Adrenaline rushes for the fun society”

“There it is now, the world’s first suspension bridge that connects two peaks – and maybe even reaches a third peak: that of decadence,” wrote the nature conservation organization Mountain Wilderness on the occasion of the inauguration of the suspension bridges in the Glacier 3000 ski area near Les Diablerets. “Because the bridge has no function, apart from helping a saturated fun society to get another adrenaline rush at almost 3000 meters.”

New bridge projects as pure tourist adventure facilities are viewed critically. For example, the Graubünden administrative authority recently approved a complaint from the Landscape Protection Foundation and Mountain Wilderness, which lodged an objection to the “Aventura alvra” tourism project. In the canton of Graubünden, two suspension bridges were to be built over the Schin Gorge and an artificial rock cavern including a platform.

The court ruled that no special permit could be granted for the construction. The intervention in the landscape is massive. This puts a stop to any further “furnishing” of the Alps. Or as Mountain Wilderness put it in a statement: “In the global competition for the ‘coolest’ attraction on our mountain peaks, there is above all one loser: the landscape, the real capital of our tourism.”