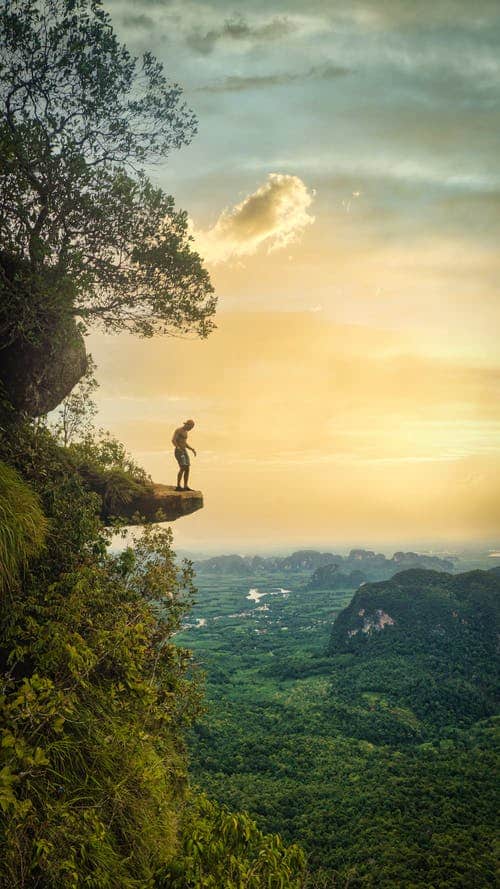 Singapore – 10 more things not to miss

Singapore offers many sights and is particularly popular for a stopover on the way to the surrounding countries. We already presented 10 things you shouldn’t miss in Singapore in the first part of this small series of articles.

But since the city is really huge and 10 things are not enough to summarize the sights of Singapore, there is now the second part for the popular city-state. In order to explore all the sights and tips in Singapore, you can easily spend a week in the city. Many tours in Singapore also give a great insight .

With Changi Airport , Singapore not only has one of the largest airports in Asia, but also one of the best in the world! Singapore is therefore very well connected to the route network of international flights.
You can fly direct to Singapore from many destinations in Europe and from many destinations in Southeast Asia. Both more exclusive airlines and low-cost airlines land in Singapore and you can find a good overview of flights with departure times and prices at Skyscanner and Momondo .
There are also bus and train connections from Thailand or Malaysia, as these can reach Singapore via the mainland. Further information and tickets are available at 12go.asia .

Accommodation in Singapore is significantly more expensive than in other Southeast Asian metropolises. For a decent hotel with a good location you have to plan a little more budget. A good hotel that we can recommend is the Fragrance Hotel Riverside . It is located in the beautiful and popular Clarke Quay area , just 5 minutes from the MRT station. Although the rooms are relatively small, they are beautifully modern and brightly furnished. There is also a rooftop swimming pool to cool off after a hot day in Singapore. Top!

Kampong Glam is Singapore’s Arab Quarter, whose main street is Arab Street , so to speak . Since this district was allocated to the Muslim population in 1822, the influence of Arabic culture is particularly strong here.

You will find countless cafés and restaurants here that specialize in Arabic cuisine and spread a very special atmosphere. The main destination for most visitors is the Sultan Mosque , which can often be seen from afar with its golden dome.

There are also many other oriental goods in the district, such as carpets, dresses or fabrics to sew yourself. Another highlight is the fasting month of Ramadan . The whole district comes alive during this time, especially in the evenings, and there are many colorful night markets not to be missed to break the fast.

If you would like to learn more about the Kampong Glam district, then a guided walking tour with a local guide is a good idea.

Chinatown is one of Singapore’s most popular neighborhoods. Locals and tourists meander through the lively streets to see the restored houses or to be drawn into the food stalls by the delicious smells.

Souvenir shops, restaurants, bars and Chinese pharmacies are all lined up next to each other. Many of the houses are now listed monuments and you should not miss this fantastic area. You will also find many interesting temples in Chinatown, such as the Buddha Tooth Relic Temple (see next point) or the Thian Hock Keng Temple . But other religions are also represented here. The Hindu Sri Mariamman Temple also stands in Chinatown, as does the Masjid Jamae , one of Singapore’s first mosques.

The Chinese New Year, which takes place around the end of January to the beginning of February every year, is also extensively celebrated here. Singapore’s Chinatown is beautifully decorated at this time and offers visitors many events. If you’re in Singapore during this time, be sure to stop by!

A night tour of Singapore’s Chinatown is also a great way to discover the neighborhood and get a taste of its cuisine.

The Buddha Tooth Relic Temple is in Chinatown as just mentioned . Opened in March 2005, the temple is now one of the landmarks of Chinatown and is very impressive from afar. The temple was built as the Buddhist hub of Singapore and you can visit it for free. Inside the temple is decorated with gold in many places and in the entrance hall stands one of the highlights, a 5 meter high Buddha statue. The special thing about the temple is of course the relic of Buddha, which is kept there and is said to be a tooth of Buddha. On the upper floors you will also find a library or a small garden on the roof. You can explore the temple daily from 7am to 7pm.

The 60 hectare Singapore Botanical Garden is one of the most visited botanical gardens in the world. It has been a UNESCO World Heritage Site since 2015 and is home to over 3000 different plant species, which are divided into different areas. Some notable areas include the Ginger Garden, Evolution Garden, a 12-acre patch of rainforest, but most notably the National Orchid Garden . Here you will find the largest orchid collection in the world with more than 20,000 plants and 1000 different species of orchids.

You can visit the Singapore Botanic Gardens for free, but there is an entrance fee of 5 SGD for the National Orchid Garden. It is open daily from 5 a.m. to midnight.

Sentosa is a 5 km² island in the south of Singapore. You can easily reach it by train and it is a popular recreation area among locals.

In the 1970s it was decided that the island would become a recreational area and so construction work began over many years. Today you will find amusement parks, beaches, apartments, a casino and several resorts there. You can do a lot in the entire park, such as visiting Universal Studios , marveling at Singapore from the Tiger Sky Tower or discovering various animal species in Underwater World .

The Merlion and the Merlion Walk are also popular . This Merlion statue is Singapore’s tallest at 38 meters and has a viewing platform at the top for visitors. The Merlion Walk then takes you to the artificial beaches of Sentosa Island. On site you can discover three beaches, all artificially made with sand from Indonesia and Malaysia. The Palawan Beach , the Siloso Beach and the Tanjong Beach .

By the way, at Palawan Beach you can go over a suspension bridge to a small offshore island. There lies the southernmost point of continental Asia. From there you also have a beautiful view of the beach and the ships lying off the coast.

Sentosa Island has no entrance fee. Only the train or cable car ride into the park costs something. But if you walk through the park on the way there and take the train on the way back, then it’s free.

Singapore is an expensive city and the many restaurants are also slightly more expensive. If you want to eat cheaply and with a lot of choice, you will find various hawker centers throughout the city. One of the nicest hawker centers is Lau Pa Sat. The food court or hawker center is located in the middle of the Singapore skyline in one of the colonial buildings. This building has been a national monument of Singapore since 1973 and has been restored over the years so that today you can find a very special food court there. Inside there is a choice of different food such as Thai, Indian, Turkish, Vegetarian etc. There really isn’t anything you can’t find here. There are also numerous tables outside in front of the building where you can eat.

The grilled satay skewers, which are offered at the countless stands in front of the building, are particularly recommended. A must-see and above all a must-try!

Marina Bay Sands offers a free laser show nightly for visitors to the city . The Marina Bay Sands is bathed in different colors and colorful laser beams illuminate the sky and the water of Marina Bay.

The shows take place 3 times a day from 8 p.m. Times vary, however, so it’s best to be there before 8:00 p.m. Two good places to see the laser show are from the promenade at the Merlion and in front of the Esplande Shopping Mall . Definitely a great way to end the day, which I can absolutely recommend. It’s best to take a cool drink with you from one of the surrounding 7-Elevens and enjoy the show.

The Boat Quay, like Clarke Quay , is also on the Singapore River and offers a wonderful view of the city skyline. However, Boat Quay only really comes to life in the evening, when the many bars on the riverbank open and tourists are drawn to the bars with happy hours. Boat Quay is a bit quieter than Clarke Quay, but both are still worth a visit in the evening. There’s even a boat that shuttles between the two nightlife districts, so you can easily connect the two. It’s also not far on foot if you walk along the Singapore River.

9. Singapore from a sky bar

If you want to see Singapore at night from dizzying heights, then you should visit one of the sky bars. In the One Raffles Place Building there is the famous 1-Altitude Skybar . Slightly more upscale and pricier, but with beautiful views of Marina Bay and Marina Bay Sands.

Another highlight would be the Ku Dé Ta Skybar on the roof of Marina Bay Sands with a fantastic view of the Singapore skyline. It is consistently mentioned among the most beautiful sky bars in the world and is definitely worth a visit. Not quite as high, but still very nice is the Lantern Bar at the Fullerton Bay Hotel . Here you also have a wonderful view of the Marina Bay Sands and can also experience the laser show from there.

Around Serangoon Road you will find the district of Little India. This is the main artery of Indian culture in Singapore. Along the main street and the many side streets there are numerous Indian restaurants, Hindu temples and a small insight into the culture of India. So Little India is a bit like India, only clean, as it is almost everywhere in Singapore. You should definitely pay a visit to the Sri Veeramakaliamman Temple . It’s one of Singapore’s oldest Hindu temples, and if you’re lucky, you might see some religious ceremonies there too.

A visit to the Tecca Market should also be on your list. The Indian shopping center is a small highlight, but the food court in particular is great for eating out. Try the Indian cuisine there, you won’t regret it. We can also recommend Little India on a guided walk to learn more about the district.