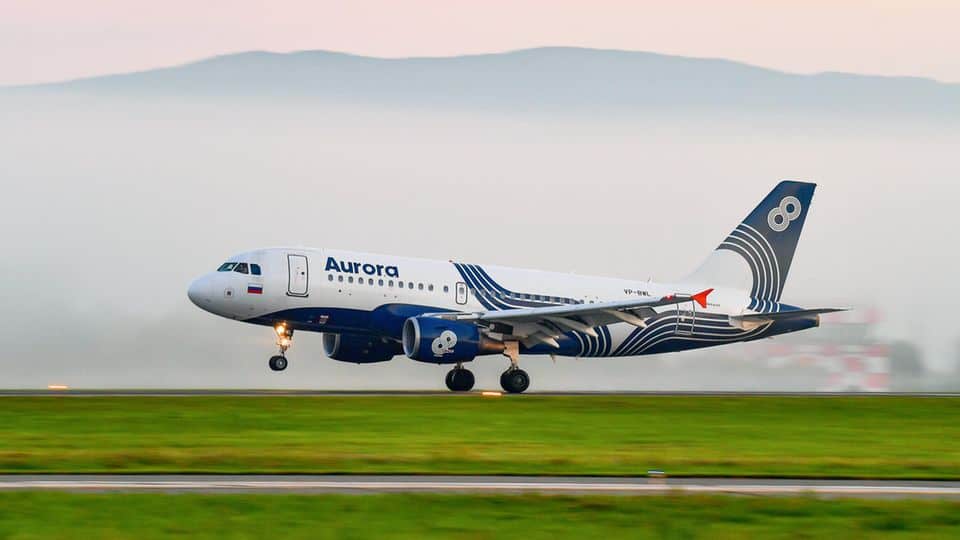 Places, Travel
“Russian air traffic will be set back by 10 to 20 years” – Consequences of sanctions and flight closures

Russian airlines are also being targeted for Putin’s war of aggression in Ukraine. Under the pressure of Western sanctions, experts expect extensive exploitation of the Russian fleet in the coming years – and security risks for passengers.

Anyone who lands at Moscow’s Vnukovo Airport these days will see several posters in the terminal reading “Russia: Land of Opportunities” shortly after exiting the plane. For Russia’s aviation of all things, however, this sentence has lost its validity for a few weeks. The sanctions imposed by Western countries after the attack on Ukraine ordered by Kremlin chief Vladimir Putin are also hitting the airlines in the world’s largest country with great force. Experts draw a bleak picture for the actually proud aerospace nation for the coming years.

Shortly after the Russian troops invaded the neighboring country, the EU countries gradually imposed airspace closures for Russian aircraft. In return, Moscow banned European aircraft from flying over Russian territory. Passengers are already clearly feeling the consequences of the shortage of supply: a flight from Moscow to Berlin, for example, not only takes many hours longer because of the detour via third countries, but can also easily cost three times as much as before the war.

For the Russian aviation industry, the full extent of the crisis will only become apparent over the coming years. In addition to the airspace closures, it is already struggling with significant restrictions: Because many leasing contracts had to be canceled as part of the EU sanctions, Russian airlines abroad now fear the confiscation of their machines and have therefore completely stopped their international connections in some cases.

In the longer term, however, the lack of spare parts for aircraft purchased abroad is also likely to become a problem for Russia. Because the EU has issued an export ban on goods and technologies for the aerospace industry. In addition, Russia’s machines in Europe can no longer be maintained and insured. Airlines such as the state-owned company Aeroflot and the second largest company S7 have so far largely relied on Airbus and Boeing aircraft.

The Kremlin repeatedly emphasizes that Russia will withstand the pressure of Western sanctions and will even emerge stronger from it. But behind the scenes, Russian authorities are apparently also preparing for extremely difficult times. The Moscow business newspaper Kommersant recently quoted an internal program draft by the Ministry of Transport, which wants to provide 627 billion rubles (8.8 billion euros) to increase the Russian fleet by 1,000 Russian machines by 2030, which are hardly dependent on foreign spare parts.

These Russian airlines are now on the EU black list

Aurora Airlines (SHU)
Based on Sakhalin Island in the far east of the country, the airline operates a fleet of De Havilland DHC-8 regional jets and nine Airbus A319s (photo),

But even the paper’s most optimistic forecast assumes that Russian airlines will have to dismantle a third of their foreign jets in the next three years in order to install the individual parts as replacements. The most pessimistic scenario assumes that up to two-thirds of the aircraft produced abroad will be grounded. According to “Kommersant”, that’s more than 800 of the 1,287 machines that were last operated in Russia. The need for wearing parts such as tires and brake pads is particularly urgent.

Aviation expert Gerald Wissel from the consulting firm Airborne also believes that the fleet of more than 500 passenger jets rented in the West that Putin is keeping is rapidly losing value and operational power. Even if spare parts could be procured from third countries, contrary to the sanctions imposed, there would be a lack of certified personnel and documented processes without a service provider like Lufthansa Technik, says Wissel.

On the other hand, aircraft that are maintained irregularly or not according to international standards quickly lose their safety certificates. Aeroflot, S7 and other companies ended up on the EU’s “black list” in mid-April after Russia’s aviation authority allowed them to continue operating hundreds of foreign-owned planes without an airworthiness certificate recognized in Brussels. Such branding can even lead to landing bans in states that are actually friendly with Russia and further limit the scope of companies.

Even after a possible peace agreement, the return of Russian companies to the world market will be very slow, Wissel expects. The leasing market is likely to remain closed to the Russians in the long term, if only because of the billions in old claims. The expert believes that Western leasing companies will shy away from the risk of renewed payment defaults. “Russian air traffic will be set back by at least 10 to 20 years.”