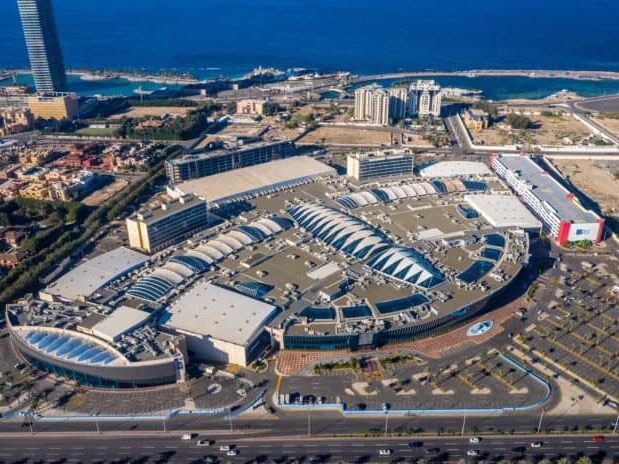 The Red Sea Mall is one of the largest malls in the Middle East. It opened in December 2005 and has been expanded several times since then.

The basic layout is a curved building (90°) with the main entryway in the middle of the inner curve leading into a set of central courtyards. This type of plan is called a “curvilinear”, “crescentic”, or “U”-shaped plan.

In addition to being a common shape for residential buildings, it is used in many commercial buildings such as banks, hotels, office towers, shopping malls, and stadiums. In some cases, the curving walls are covered with glass windows, while others feature large openings to allow natural light to enter.

A variation of this plan is the circular plan, where the entire structure is surrounded by a circle of windows. Another variation is the square plan, where the building is enclosed within four sides of equal length.

Red Sea Mall has been awarded Best Shopping Center in Dubai by the Gulf News Readers Choice Awards. The mall received the award based on customer satisfaction surveys conducted among shoppers.

The mall also received the prestigious Award of Excellence in Customer Service in 2017.

In 2016, the mall won the Gold Medal in the category of “Best Retail Development” in the Middle East Retail Awards.

In 2013, the mall won the Silver Medal in the category of “Best Retail Development” in the Middle East Retailers Awards.

In 2012, the mall won the Bronze Medal in the category of Best Retail Development in the Middle East Retailer Awards.

If you plan to shop online, we recommend signing up for an account with one of our recommended ecommerce platforms like Shopify, BigCommerce, Volusion, Wix, SquareSpace, OpenCart, Magento, WooCommerce, etc. These platforms allow you to sell products easily and efficiently without having to worry about shipping costs or returns.