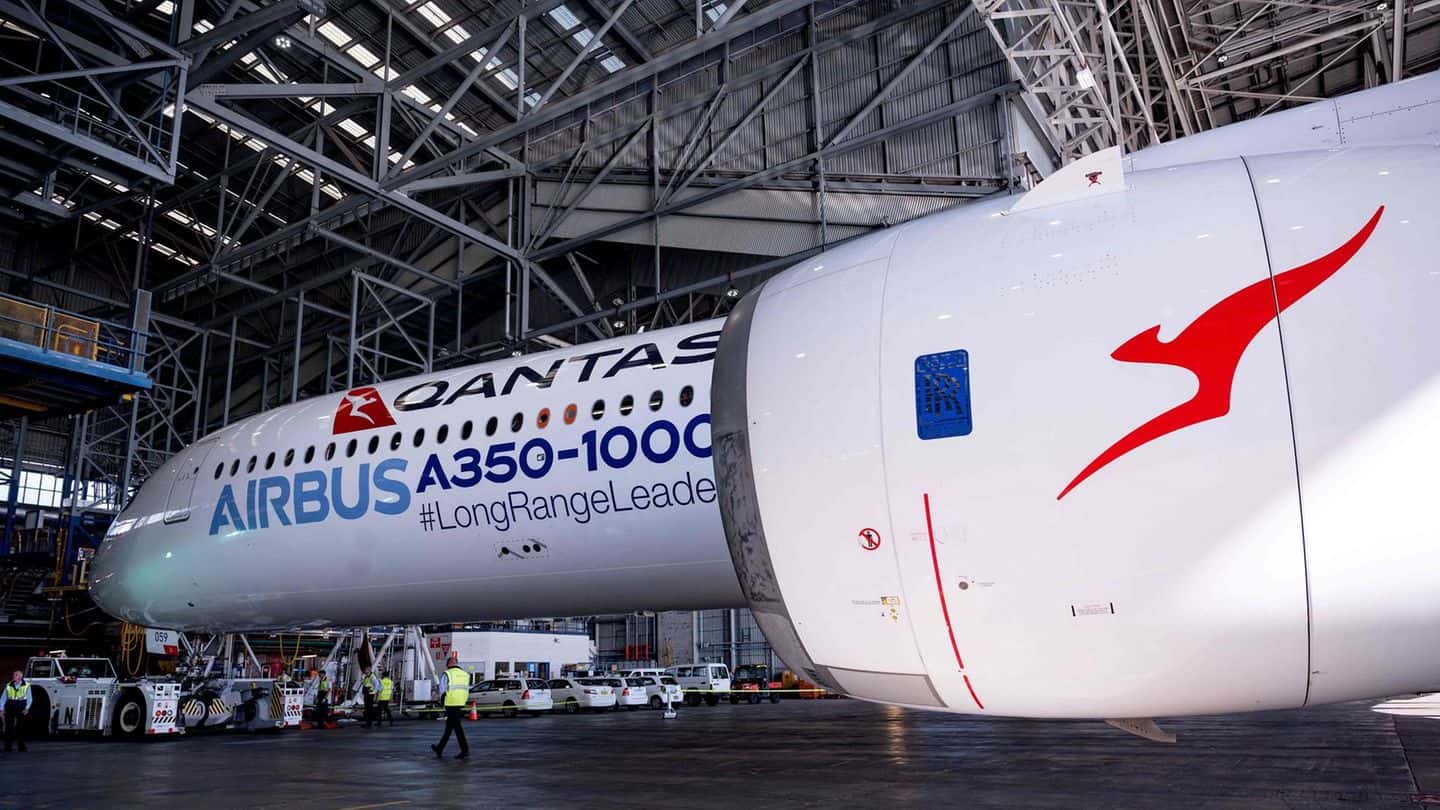 Major order for Airbus: Qantas announces the longest non-stop flights in the world

For years, Qantas has been pursuing Project Sunrise: non-stop flights from Europe and the US East Coast to Sydney. The Australian airline has now decided on the right aircraft and signed the contract with Airbus.

After a hiatus of more than two years, Australian airline Qantas will resume its non-stop service from London Heathrow to Perth in Western Australia on June 20th. A new three-days-a-week service from Rome to Perth has also been announced during the European summer season. A Boeing 787-9 Dreamliner is used. But the range of this aircraft is not sufficient for a non-stop flight to the Australian east coast, the way to Sydney.

For this reason, Qantas launched the internal project Sunrise in 2017: the aim of the “Sunrise” project was nothing more than a feasibility study for ultra-long-haul flights, intended to enable jets to fly the 17,700-kilometer route between the UK and Sydney and Melbourne without a flight make a refueling stop. For this purpose, several test flights from London and New York City to Sydney were carried out with the Dreamliner in 2019 with only a small payload. The data collected should shed light on future crew management on ultra-long-haul flights.

With the pandemic, the decision as to which type of aircraft will be used on the new non-stop routes has been postponed. The choice was the Boeing 777-8, a shortened ultra-long-haul variant of the new Boeing 777-9. But since the further development of the classic Boeing 777 is too uncertain due to engine and approval problems, it became apparent that Airbus would win the race with the A350-1000.

Airbus A350-1000: This is what the ultra-long-haul aircraft for Qantas looks like

Now Qantas has chosen the A350. On May 2, Qantas CEO Alan Joyce signed the purchase agreement for twelve units at a ceremony in Hangar 96 at Sydney Airport. “It’s the final frontier and final solution to the tyranny of distance that has made traveling to Australia difficult,” says Joyce. With the new non-stop flights, the travel time to Down Under has been reduced by four hours.

Space for 238 passengers in four classes

In addition to Qantas employees and Christian Scherer, Airbus Chief Commercial Officer, a factory Airbus A350-1000 was present in the hangar, which had flown from Toulouse to Sydney with a stopover in Perth, Western Australia, especially for the ceremony. The jet was branded with a Qantas logo and the hashtag #LongRangeLeader”.

For the Qantas order, the long-haul aircraft will be slightly modified by adding an extra tank for a range of 16,100 kilometers and a special cabin interior. Four travel classes are planned with six suites in First Class, 52 suites in Business Class, 40 seats in Premium Economy and 140 seats in Economy Class. New is a wellbeing zone with space for stretching exercises and a small self-service bar.

According to Joyce, the first non-stop flights from Sydney and Melbourne to London and New York are scheduled to take off by the end of 2025. These flights will then break the previous ultra-long-haul record on the Singapore-New York route with Singapore Airlines’ A350-900 ULR.