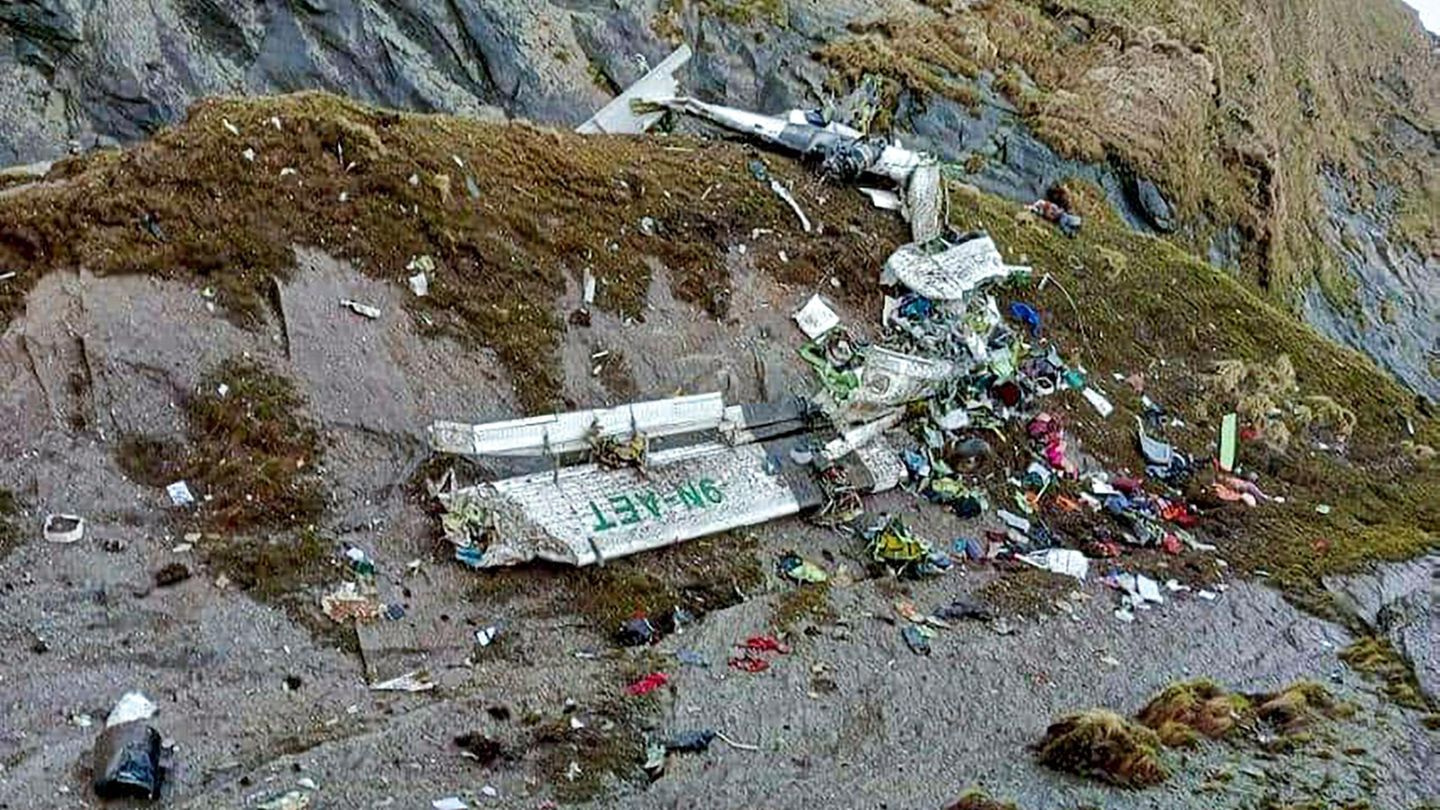 The wreckage of the crashed Twin Otter was found in Nepal on Monday morning. The machine crashed on a mountain slope in bad weather. Two Germans are said to be among the victims. It’s not the airline’s first serious accident.

Domestic flights in Nepal are among the great challenges for pilots. The runways at some airports, such as Lukla and Jomsom, are short, the mountains extremely high and the weather deceptive. Clouds often block visibility for several days and make a safe flight impossible. There is also a lack of maintenance. It is not without reason that 18 Nepalese airlines alone are on the EU’s most recent blacklist, including Tara Air, a subsidiary of Yeti Airlines based in the capital Kathmandu.

The propeller machines of the airlines there are mostly so-called STOL aircraft, the abbreviation for “Short Take Off and Landing”. The Tara Air fleet also includes DHC-6 Twin Otter and Dornier 228 models, which can also operate on airports with very short runways and thus ensure flight connections to the impassable regions of the Himalayan state.

A Tara Air Twin Otter took off from Pokhara Airport in western Nepal on Sunday in the direction of Jomsom. The airline flies the route back and forth four times a day, all flights operate in the morning hours and take approximately 20 minutes each way. But the first flight on Sunday with 19 passengers and three crew members didn’t get very far: Shortly after take-off, contact with the fully booked machine with the registration number 9N-AET was lost.

These are the most dangerous airports in the world

The flight route to Jomsom, 2740 meters high on the other side of the main Himalayan ridge, is one of the most dangerous in the country. It leads over passes and partly through the Kali Gandaki, a tributary of the Ganges, the deepest gorge in the world, flanked by two eight-thousanders on both sides: in the east the 8091 meter high Annapurna and in the west the 8167 meter high Dhaulagiri.

The multi-day trail through the Kali Gandaki Gorge is a popular route for hikers. However, many who hike the famous Annapurna Trek or to Muktinath take the shortcut by plane. This is often deceptive and requires a high degree of flexibility in terms of time. Due to the weather conditions, the planes in Jomsom could neither take off nor land for days. The crews are therefore under pressure to try to fly anyway and thus take an increased risk.

On Monday morning, rescue workers found the wreck of the 43-year-old machine on a mountain slope at an altitude of 4,000 meters. 21 bodies have been recovered so far. Two Germans were among the 19 passengers. The Federal Foreign Office in Berlin is in close contact with the Nepalese authorities and their relatives.

This isn’t the first time a Tara Air plane has been involved in an accident. According to the Jet Airliner Crash Data Evaluation Center in Hamburg, the airline has recorded four total losses and three serious accidents since 2009, in which there have been 67 victims.