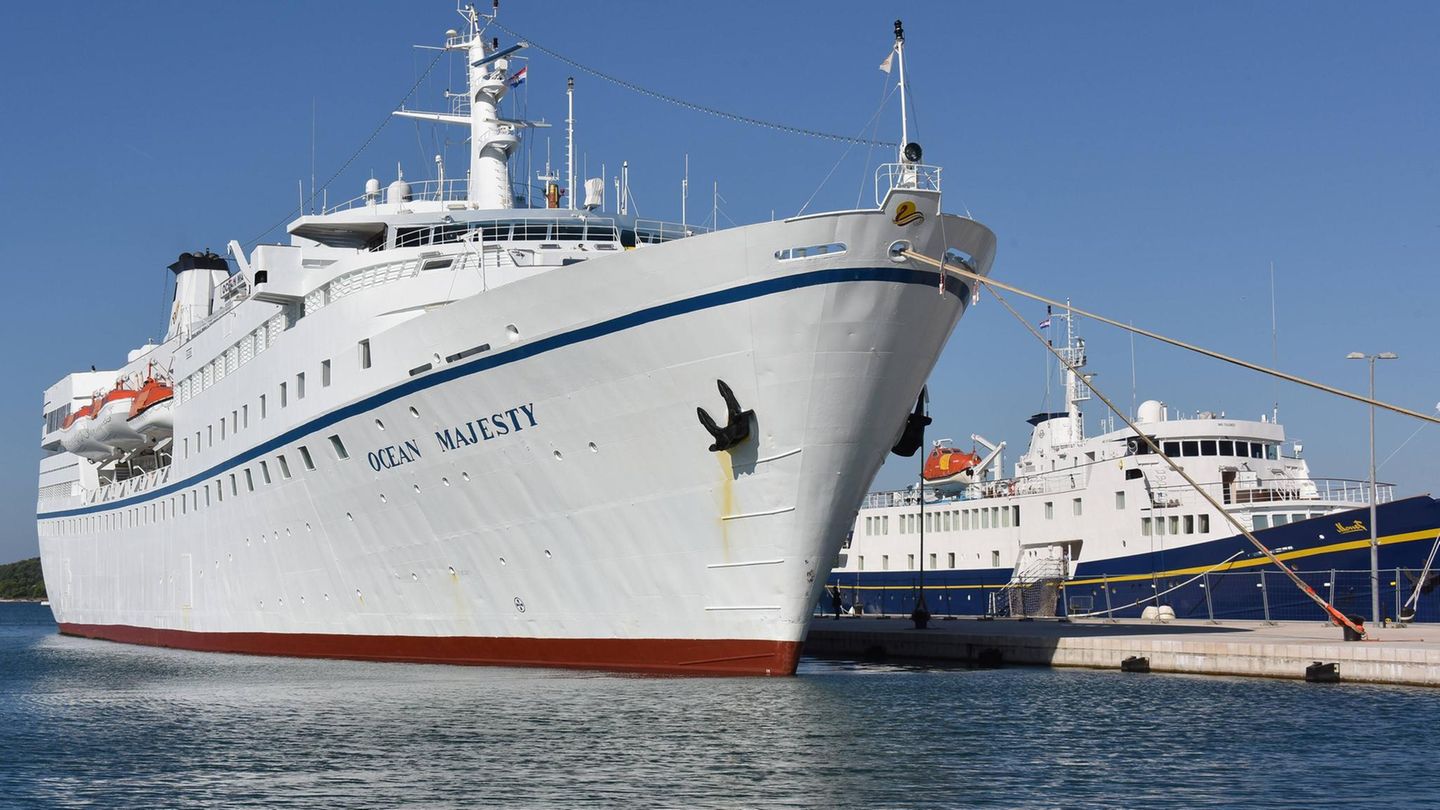 Sudden end of a Baltic Sea cruise from Kiel: The port authority of Karlskrona does not allow the “Ocean Majesty” to sail. A safety inspection revealed a long list of defects on the 57-year-old ship, which is chartered by Hansa Touristik.

Actually, the 135 meter long cruise ship “Ocean Majesty” should have left the port of Karlskrona on the Swedish south coast long ago in the direction of Kalmar, Visby on Gotland and Stockholm with 620 passengers on board. However, it was forbidden to leave the port after Swedish authorities inspected the ship, which was built in Valencia, Spain in 1965, on Tuesday.

“During the inspection, we found serious deficiencies, for example in the rescue, fire, communication and security organization,” said port state inspector Mårten Dahl of “Blekinge Läns Tiding”. “I do not consider her (the Ocean Majesty, editor’s note) to be seaworthy to continue the voyage until the deficiencies have been remedied.”

The “Ocean Majesty” sails under the Portuguese flag, was originally laid down as a so-called RoRo ferry and converted into a cruise ship in 1989. For many years, the ship has been chartered by Hansa Touristik for cruises in the summer. The Stuttgart organizer’s motto is: “Always one wavelength ahead!”.

In addition to this ocean-going vessel, the company also operates the river vessels “Vista Star” on the Danube and “Aurora” on the Rhine and Moselle.

After the “Ocean Majesty” returned to Germany from a cruise in Norway, according to “vesselfinder.com” she set off from Kiel on a ten-day trip to the Baltic Sea entitled “Swedish Coastal Magic – Picture Book of the North”. After a stopover in Rønne on the Danish island of Bornholm, the ship entered Karlskrona harbor in the early morning of May 31. But due to the inspection and the devastating result, the stay has now been extended.

Fight at the buffet, smell of faeces in the cabin: This is how guests gossip about cruise ships

“The list of deficiencies is probably so extensive that we have not been allowed to leave the port until today. We were supposed to be in Kalmar yesterday and in Visby today,” said a passenger star With. As is often the case with cruise irregularities, communication leaves a lot to be desired. “The information from the tour guide is more than poor. Allegedly, a part for the machine should have been installed. We have had no information since yesterday.” The crew ran “like an excited flock of chickens from one lifeboat to the other,” said one of the guests on board star.

On request, Hansa Touristik announced that the ship’s last docking was in April 2022 at a dockyard in Chalkida near Athens, “where all certificates were renewed” and that “the cruise on MS Ocean Majesty was canceled today due to a technical defect. ”

The editors have now also received a letter from Hansa Touristik to the affected passengers, which states: “The technology (technical fault, editor’s note) on the machine could only be partially corrected, as an important spare part was missing due to Delivery bottlenecks is not on board. (…). For this reason we will now interrupt the journey in Karlskrona. We are in the process of organizing your journey home.”

Not a word about the safety-related deficiencies reported by the Swedish media.