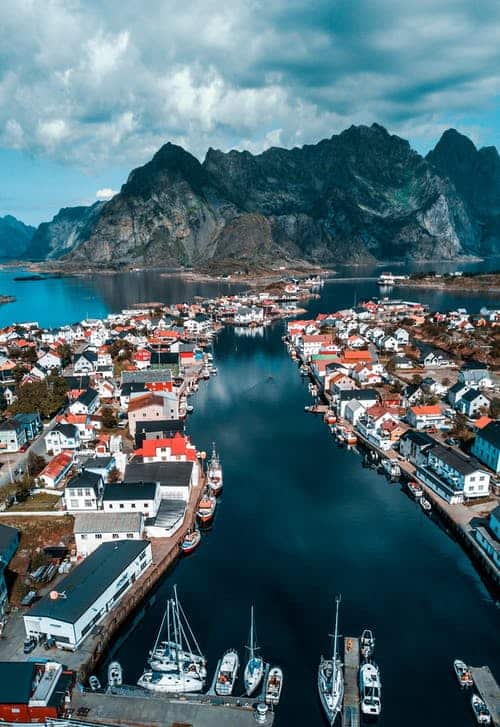 Norway massively relaxed its corona rules on February 1st. The plan is now to lift all other restrictions later this month

Although the corona numbers are increasing in Norway and record infection numbers are being reported, the government has again massively relaxed the measures. Since Tuesday evening (February 1st), cinemas and theaters in Norway have been allowed to be fully occupied again. In addition, there are no restrictions on participants at meetings, the limit on the serving of alcohol and the obligation to test for those entering the country. The last remaining restrictions, such as the mask requirement in many areas or the distance rule, are to be lifted by February 17. What vacationers need to know now.

Since January 26, anyone wishing to enter Norway no longer has to be in quarantine unless they have tested positive for Corona upon entry. After Norway had just abolished the obligation to isolate, the country is now taking a big step further and will also be lifting the test requirement for travelers from February 2nd. This was announced by Prime Minister Jonas Gahr Støre on Tuesday evening, February 1, at a press conference in Oslo, as reported by the “ Editorial Network Germany ” among others. However, the exact details of the entry rules are currently neither on the Norwegian government ‘s website nor on that of the Federal Foreign Officeto read, since the existing rules were only overturned last night (as of February 2nd).

The Corona situation in Norway

New records in the number of infections are currently being broken every day in Norway. Most recently, 23,237 new infections were reported in one day, the seven-day incidence is currently 2538 (as of February 2, 2022). According to Norway’s Prime Minister Jonas Gahr Støre, however, it is now known that the burden of disease caused by the omicron variant is lower and that the vaccines provide good protection. That’s why you can do without many measures – despite the high number of infections. However, some measures would have to remain in place until at least February 17 in order to maintain control, as Jonas Gahr Støre emphasizes.

In Norway, more and more restrictions have been lifted in recent weeks. The curfews are no longer in effect, shops are open. If you want to shop or eat out in Norway, you no longer have to show proof of vaccination or health. The sale of alcoholic beverages has not been limited in time since February 1, and leisure activities can also be resumed without restrictions.

Wearing a face mask is still mandatory on public transport, in taxis, shops and in places where social distancing cannot be maintained. The general one-meter distance rule will also remain in force until further notice. However, Norway plans to lift these restrictions by February 17 as well.