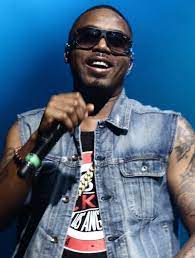 Nas Net Worth: Nasir Bin Olu Dara Jones, known professionally as Nas, is an American rapper, songwriter, actor, entrepreneur and investor who has a net worth of $70 million. As you probably know, Nasir Bin Olu Dara Jones achieved international recognition as a hip hop artist. In recent years, he’s gained additional recognition (and wealth) as an investor in tech companies like Dropbox, Lyft, Genius, and Pluto TV.

Nasir bin Olu Dara Jones was born on September 14, 1973 in Brooklyn. His father, Olu Dara (born Charles Jones III), is a Mississippi jazz and blues musician. His mother, Fannie Ann, was a US Postal Service employee from North Carolina. He has one brother, Jabari Fret, who raps under the name Jungle and is a member of the hip hop group Bravehearts. Nasir is an Arabic name meaning ‘helper and protector’, while ‘bin’ means ‘son of’ in Arabic. As a young child, Nasir moved with his family to the Queensbridge Houses in the Borough of Queens. At the age of four, Nas picked up a trumpet and started playing. At the age of nine, Nas was influenced by the emerging genre of rap. His parents divorced in 1985, and he dropped out of school after the eighth grade. He learned African culture through the Five Percent Nation (a splinter nation of Islam) and the Nuwaubian Nation. As a teenager, Nas hired his best friend and neighbor Willy “Ill Will” Graham as his DJ.

Early in his career he was nicknamed Kid Wave. He eventually changed his stage name to Nasty Nas. In 1991, Nas appeared on Main Source’s Live at the Barbeque. In mid-1992, Nas was approached by 3rd Bass’s MC Serch, who became his manager and secured Nas a recording contract with Columbia Records later that year. Nas made his solo debut with the single “Halftime” from MC Serch’s Zebrahead movie soundtrack. Nas’ rhyming skills garnered a significant amount of attention in the hip-hop community.

Nas’ debut album, Illmatic, was released in 1994. The album spawned several singles including “The World Is Yours”, “It Ain’t Hard to Tell” and “One Love”. Illmatic was named 1994’s Best Album of the Year by The Source. Nas’ second album, It Was Written, was released in 1996. Two singles, “If I Ruled the World (Imagine That)” (featuring Lauryn Hill) and “Street Dreams,” were instant hits. These songs were promoted through big-budget music videos directed by Hype Williams, making Nas a household name in mainstream hip-hop. It Was Written marks the debut of The Firm, a supergroup consisting of Nas, AZ, Foxy Brown and Cormega.

The company that Dr. Signed to Dre’s Aftermath Entertainment label, began work on her debut album. Halfway through the album’s production, Cormega was fired from the group. Cormega subsequently became one of Nas’ most vocal opponents, releasing a string of underground hip-hop singles dissing Nas, Stoute and Nature, which replaced Cormega as the fourth member of the company. Nas, Foxy Brown, AZ and Nature present the company: The album was eventually released in 1997 to mixed reviews. The album failed to meet expected sales, despite being certified platinum, and the group’s members broke up to go their separate ways.

Over the years, Nas has maintained a strong interest in new technologies. Eventually he formed his own venture capital firm, which he called QueensBridge Ventures. QueensBridge has made dozens of investments, typically ranging from $100 to $500,000. The fund receives over 100 pitches per month from new companies seeking capital. Some of QueensBridge’s biggest successes include Dropbox, Lyft, SeatGeek, General Assembly, Robinhood, Casper, Pill Pack, Pluto TV and Genius. Nas had a small stake in Ring, which Amazon acquired for $1.1 billion in 2018. In 2019, Viacom acquired Pluto TV for $340 million.

Personal Information: On June 15, 1994, Nas’ ex-fiancé Carmen Bryan gave birth to their daughter Destiny. She later confessed to Nas that she was in a relationship with his then-rival, rapper and nemesis Jay-Z. Nas also briefly dated Mary J. Blige.

In 2005, Nas married R&B singer Kelis in Atlanta after a two-year relationship. On April 30, 2009, a spokesman confirmed that Kelis was filing for divorce, citing irreconcilable differences. Kelis gave birth to Nas’ first son on July 21, 2009. The couple’s divorce was finalized on May 21, 2010. In 2018, Kelis accused Nas of physical and mental abuse during their marriage. Nas responded to the allegations on social media, accusing Kelis of slandering Nas amid a custody battle and accusing Kelis of molesting his daughter Destiny.<s

<In September 2009, the Internal Revenue Service filed a federal tax lien against Nas for over $2.5 million to recover unpaid 2006 taxes. By early 2011, that number had grown to over $6.4 million. In early 2012, reports surfaced that the IRS in Georgia had filed papers to seize a portion of the Nas’ earnings from material released under BMI and ASCAP until his delinquent tax bill was paid.