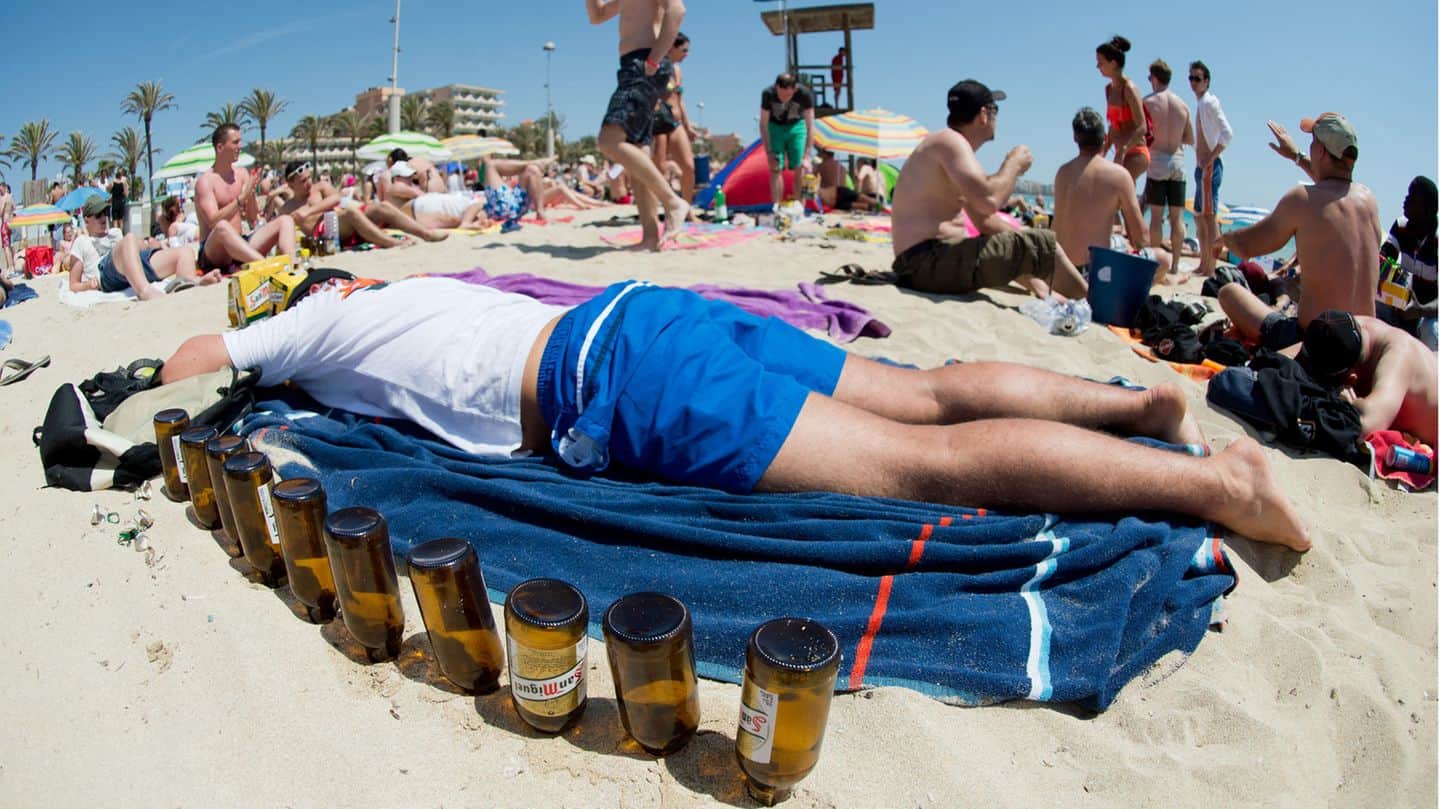 For years the government of Mallorca has been trying to do something about the mostly German drinking tourism. But since May, hordes of party-goers have been flocking to the island again. Entrepreneurs have already given up the season.

Bawling hordes on the beach, loud party music and binge drinking – all of that should actually be a thing of the past on Mallorca. For years, Germany’s favorite island has been fighting for a new image and against drinking tourism. As hard as the corona pandemic hit the restaurants and hotels, some hoped that the two years in which tourism between Playa de Palma and Cala Ratjada almost came to a standstill could become a blueprint and the upgrading of the island, as the government does calls, could take a step forward.

But since most of the pandemic restrictions have been lifted, those for whom Mallorca is the epitome of partying and excess are coming back to the island. The entrepreneurs who are working to change Mallorca’s image already see the 2022 season as a failure.

As the Spanish newspaper “Última Hora” reports, Juan Miguel Ferrer, managing director of an initiative for more quality on Playa de Palma, sees even worse excesses of drinking tourism than before the Corona pandemic: some holidaymakers would come to the beach around 10 a.m hotels, and by 2:00 p.m. they could no longer leave, Ferrer said.

Rules of conduct have become increasingly strict in recent years

The Mallorcan government’s plan to moderate tourists with strict rules of conduct and thus lay the foundation for a different type of holiday on the island seems to have failed. Over the past few years, stricter rules have been issued for party locations such as Magaluf or Playa de Palma. Starting with the ban on the popular drinking bucket, through dress codes in public that require covering the upper body, to the ban on smoking in public places and on some beaches. At the beginning of this season, there were also regulations for restaurants and hotels. In the meantime, “all-inclusive” offers from hotels are no longer permitted in their original form. In order to prevent tourists from getting drunk during the day without limit and above all without spending any more money, hotels are now only allowed to serve unlimited soft drinks. There are also a maximum of three alcoholic drinks with meals.

The sale of alcohol in supermarkets or kiosks is no longer permitted after 9.30 p.m. There is also a general smoking ban in the outdoor areas of restaurants.

But none of this seems to deter German drunk tourists in particular from their desire to travel. Since the “cathedrals of booze” such as “Mega Parc” or “Beer King” are often called, have been open, streams of tourists have flown again, as has the alcohol.

Drinking tourists have been coming back to Mallorca since May

A few weeks ago, Ferrer expressed his confidence to the German Press Agency that Mallorca could attract a different audience in the future due to the break during the Corona pandemic: Corona acted as a catalyst for their own efforts and attracted a new type of vacationer. They want things like good food with local products and environmentally friendly local transport.

But this development ended abruptly on May 10 of this year: “The big party temples had hardly reopened when this new type of vacationer was pushed out by the old party crowd,” Ferrer told the “Mallorca Zeitung”. “Since then we have suffered from the arrival of large groups of tourists just looking to get drunk in the streets, on the promenade or on the beach,” Ferrer continued.

Mallorca day and night: Tourists celebrate so blatantly at Ballermann

The managing director of the initiative does not speculate on a sudden change in the situation: “We already consider the season lost in terms of controlling the excesses”. Tourists were still partying as late as 4am, sometimes using megaphones that would inexplicably continue to be freely sold. In some cases, holidaymakers who were completely drunk would simply be left lying on the street by their friends.

In order to steer the “lost” season on a more or less tolerable path, he demands that the police monitor the regulations introduced more strictly and enforce them more consistently. It remains to be seen whether this can really be implemented with the thousands of tourists who land on Mallorca every day during the holiday season.