Mallorca Ballermann turns 50 – and is at a crossroads

Mallorca Ballermann turns 50 – and is at a crossroads 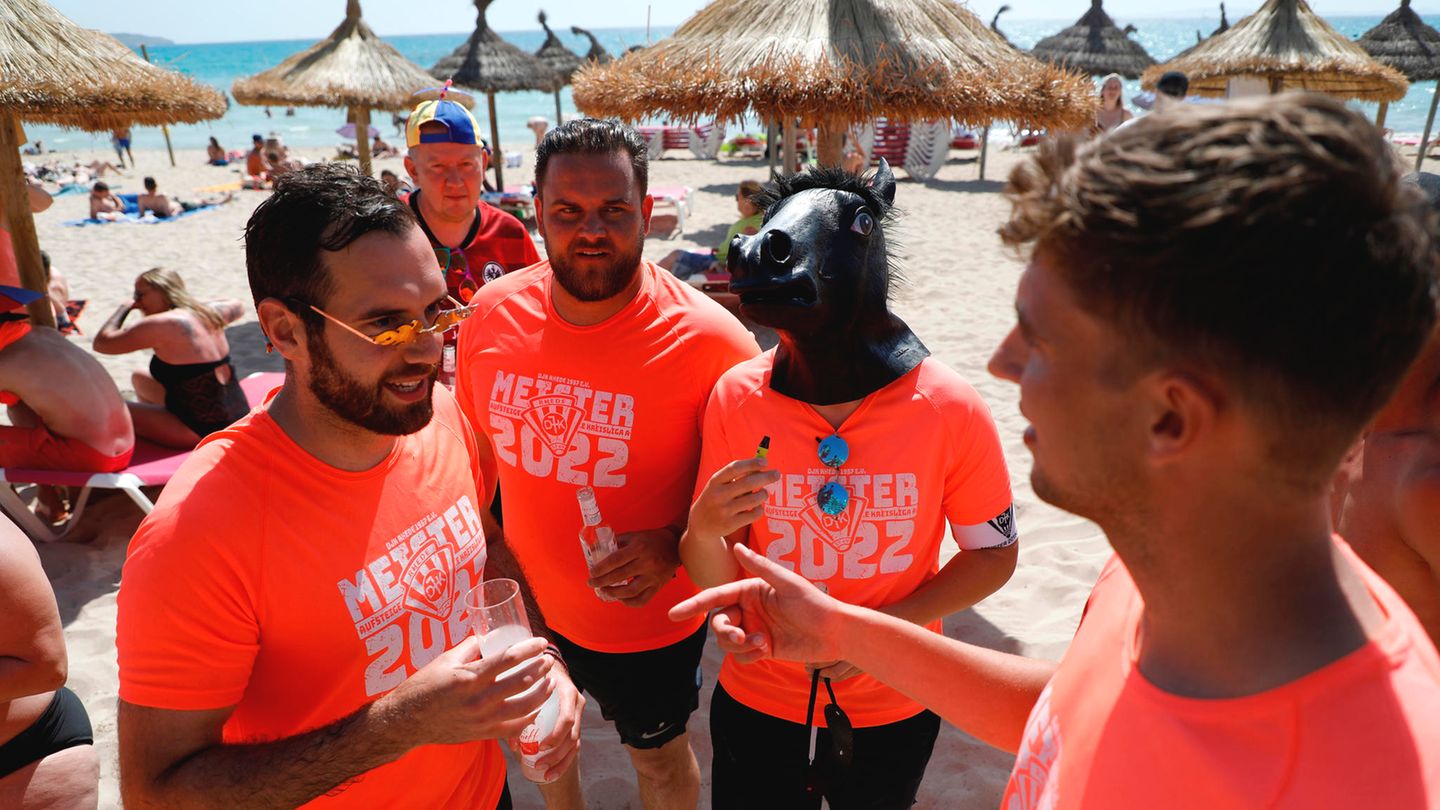 Tips, Travel
Mallorca Ballermann turns 50 – and is at a crossroads

There is hardly a German who does not know the Ballermann at least from hearsay. The party mile on Mallorca is now 50, allegedly. Cologne residents claim the “invention” for themselves. One thing is certain: the Platja is facing a controversial re-establishment.

Among the Germans who are now enjoying the Platja de Palma in May, there seems to be only one opinion, regardless of the year: In the year of its (unofficial) 50th “year of foundation”, the Ballermann is no longer what it was a few years ago was. “Before Corona it was already hotter without the many rules of conduct,” complains Dennis Bartels from Rehde in western Münsterland. His much younger travel colleague Tom, who claims to have been conceived on the party mile, grimaces in disgust when he scolds: “You have to behave everywhere, nowadays you get thrown out everywhere if you just pull up your t-shirt for a short time.”

This time, the group arrived with “34 men” in the orange T-shirts of the DJK Rehde football club. One wears a black horse mask, others sing and shout through a megaphone, almost all of them holding a bottle. “I don’t see any (sangria) buckets anymore,” Yannick complains. But: “We still love Mallorca. It’s our island. It’s our 17th federal state. That’s how it will always be. Really cool. Cheers!”

But how did it all start? How did the approx. 4.5 km long stretch of beach on the south coast of Mallorca become the number one place of longing for Germans? There are many legends surrounding the origin of the name “Ballermann”. It is said, for example, that an innkeeper from Karlsruhe opened a branch of his currywurst stand of the same name on Platja in the early 1970s and was very successful with it. But nobody claims more emphatically to have been the “inventors” of the Ballermann than the members of the Cologne football counter club FC Merowinger, who, according to their own statements, have been partying at the “Balneario 6” beach bar every September since 1972.

Ex-President Werner Dive, who has been there from the beginning, leaves no doubts. “Of course we invented it. There was nothing before that,” said the 77-year-old recently “loudly and unequivocally” to the “Kölner Stadt-Anzeiger”. In interviews with Mallorcan media, he has also been claiming for years that there wasn’t even beer on the Platja at the time. That’s why they came with Kölsch barrels, but also with goulash and carnival costumes.

It is considered certain that “Ballermann” is a corruption of the word “Balneario” (spa). This is the name of the beach bars on the Platja, which have been numbered consecutively since 1972, of which there are 15 today. Even in the early days, things got really busy at the “Balneario 6”, where not only the people of Cologne liked to “shoot up” for decades. Since 2017, the restaurant, which has been stylishly renovated by entrepreneurs and regional authorities as part of the quality offensive, has been called “Beach Club Six”. A culture shock for many regular customers.

Hot craft: with the last glassblowers on Mallorca

Image 1 of 12 of the photo series to click: In July 2021, the Spanish Ministry of Culture approved the craft of glassblowing in the Gordiola manufactory Declared an Intangible Cultural Property at Algaida.

Back to the 1970s: At that time more and more discos and pubs were opened for the party-mad crowd on the Platja. German hit stars like Bernhard Brink, Costa Cordalis and Jürgen Drews discovered the island and were flown in for performances. Towards the end of the decade, island restaurateur Juan Ferrer was the first to serve imported German draft beer in the legendary “Köpi”. The rush was great, people also drank on the street, so Carrer de Miquel Pellisa was renamed “Beer Street”.

From then on there was no holding back. The notorious and now banned “bucket drinking” became a must. The Ballermann became a cult, a myth, an attitude towards life, a subculture. There are now countless documentaries, films, studies and reports about the phenomenon. There are “Ballermann music stars” like Mia Julia and Isi Glück, Ikke Hipgold and Tim Toupet. And not only on Mallorca, also in Germany, so-called Ballermann parties with “Ballermann hits” and “Ballermann feeling” are celebrated.

The hype went so far that in 1993 two members of the Bundestag even suggested that Germany should buy Mallorca for 50 billion marks. Some Mallorquins were offended at the time, the increasing excesses bothered more and more. But for a long time most of them made a good face about the bad game. Understandable. The tills rang louder and louder over the years. Before the pandemic, tourism already provided over 40 percent of the Balearic Islands’ national income.

But the hustle and bustle on the Platja has long been a thorn in the side of the town hall. In 2013 there are the first “rules of conduct”. Hoteliers and restaurateurs join forces in 2016 to form the Palma Beach quality initiative. The excesses are finally declared war. “There is no more room on our island for drinking tourists,” said Balearic government spokesman Iago Negueruela only recently.

Nevertheless, the aim is to further increase the income of the sector. This is also possible with fewer tourists than in the record years 2018 and 2019, when around 16.5 million visitors (mostly German and British) were counted, it is claimed. With more nature lovers, more culture vacationers, more luxury tourists.

It’s not that there aren’t any Germans who understand the project. “Looked at soberly, the Ballermann is not a nice place. Especially in summer. The sun is burning, it smells like vomit and cleaning products, the sea is a warm soup made of sunscreen and who knows what else,” columnist Patrick Schirmer recently wrote in the “Mallorca Zeitung “. And even the “King of Mallorca”, Jürgen Drews, admitted a few years ago that he didn’t like the Ballermann and was bothered by the “bawling and drinking”.

But the Baller men and women have a different opinion. Anyone who asks around on the beach almost only hears criticism of the development: “Meanwhile I find it a bit strict”, “Police everywhere”, “People all behave well here”, can be heard, for example. Some who come every year, like Jeannette from Düsseldorf, are considering no longer traveling to Mallorca because of “the many laws”. But most of them want to remain loyal to the island. Dennis from Rehde speaks plain language: “Malle is Malle and that always works!”