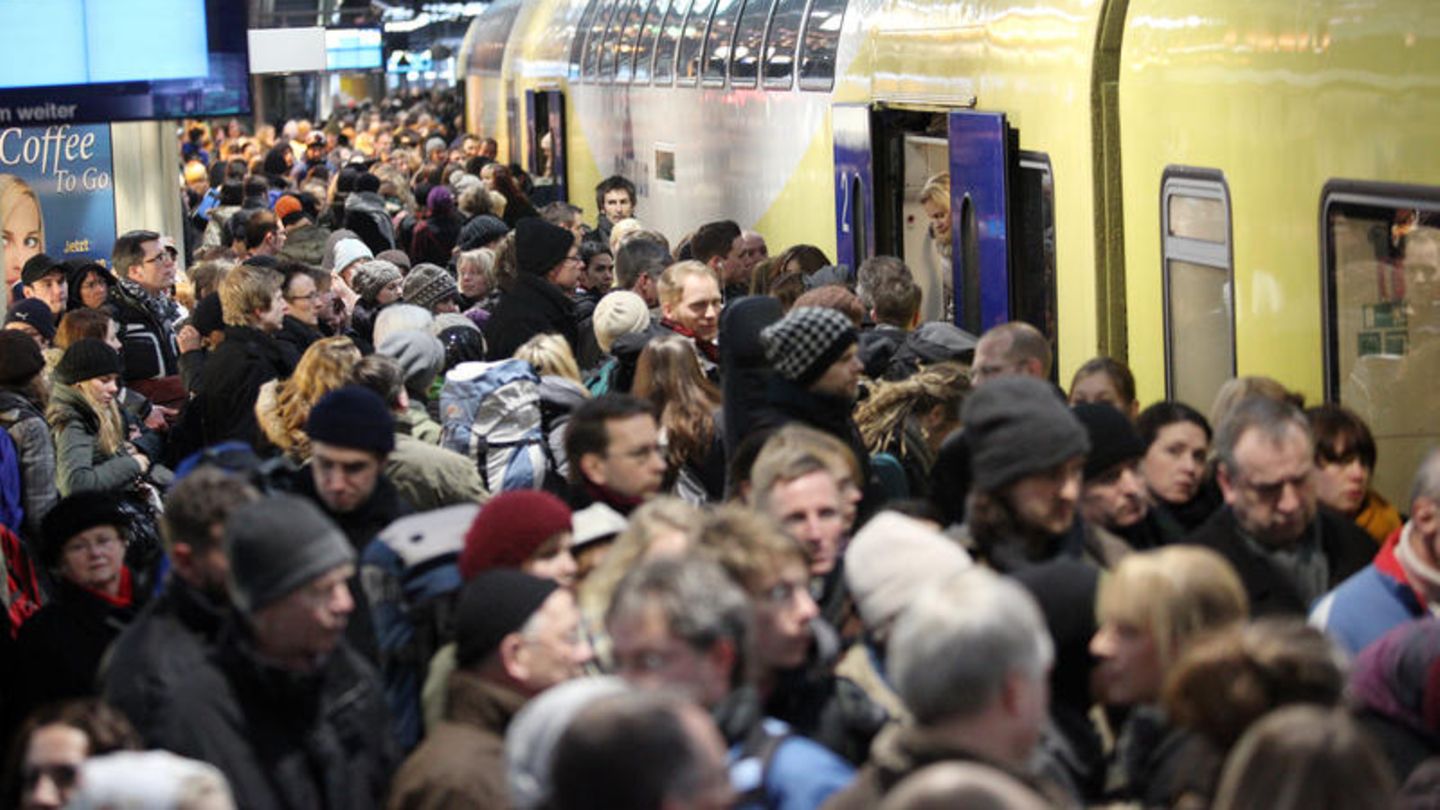 Before Hurricane Festival: Metronome prohibits handcarts on the train

The Hurricane Festival will take place in Scheeßel in Lower Saxony next weekend. However, music fans who want to travel by train should pack light.

An air mattress, tent and, last but not least, liters of canned beer: For many festival fans, this is the absolute basic equipment – and it can sometimes be quite heavy. It’s good if you can help yourself a little with handcarts or other mobile vehicles. But for visitors to the Hurricane Festival, which will take place next weekend in Scheeßel, Lower Saxony, the journey could become an ordeal. Because the train company Metronom, which also drives to Scheeßel station with its regional trains, has now banned the taking of such transport aids.

Before Hurricane Festival: handcart ban in the metronome

As the company announced, due to the high capacity utilization on the way to Scheeßel, it is forbidden to take bicycles and handcarts with you. The ban applies from Thursday, June 16, 4 a.m. to Monday, June 20, 11 p.m. and also affects hand trucks, folding transport trolleys and similar things. The regulation was made in consultation with the operator of the train stations, DB Station&Service AG, the company continued.

According to the railway operator from Uelzen, fans who believe that they can quickly repack their luggage at the station and leave their trolleys on the platform are wrong: “It’s a real safety risk given the expected rush,” said a spokeswoman. And further: “We appeal to all festival visitors to leave such items at home from the outset and to reduce luggage to the bare essentials. To put it bluntly: anyone who comes to the platform with a handcart will not be able to ride.” In addition, an FFP2 mask requirement still applies.

The metronome had already announced in the past few weeks that taking bicycles on the train at weekends was prohibited in order to create more space for passengers. Nevertheless, trains were so busy over the past weekend that passengers could not be taken. The trains are always full during the hurricane, and this year the effect of the “9-euro ticket” would be even better. “It’s going to be tight and we hope everyone will be considerate of each other,” said the spokeswoman.

For music fans from the north, the journey will probably not be child’s play even without heavy luggage. Due to a major construction site between Uelzen and Hamburg-Harburg, train traffic is drastically restricted anyway, and rail replacement traffic has been set up on sections of the route. Passengers traveling to the Hurricane Festival are asked to avoid the route between Hamburg and Scheeßel and to avoid routes from the south, i.e. via Soltau and Bremen.

This is untimely news for Hurricane visitors who rely on the train. Especially since the festival announced last week that this year, for the first time in a long time, there will be no festival supermarket on the site where fans can stock up on the (un)necessary.