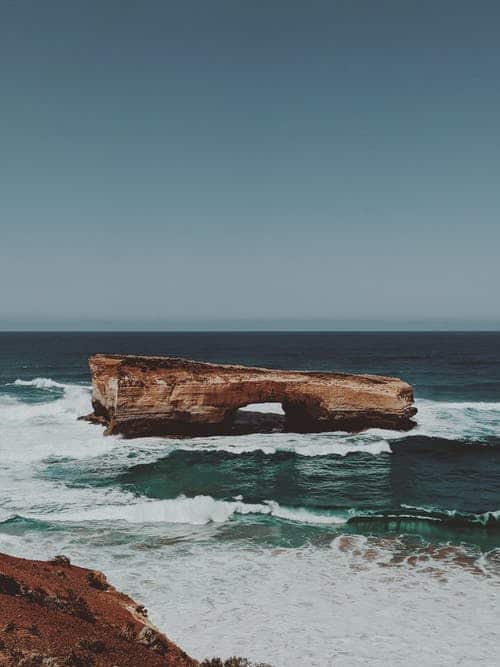 After the stopovers in Canberra and Melbourne , we finally reached the destination of the road trip! The Great Ocean Road, our third and last stop, is about 100 kilometers from Melbourne and starts at Torquay and ends after 243 kilometers in Allansford . It has been listed as an Australian monument since 2011 and is on the note of almost every visitor to Australia. So let’s go along one of the most famous roads in Australia and one of the most beautiful in the world... 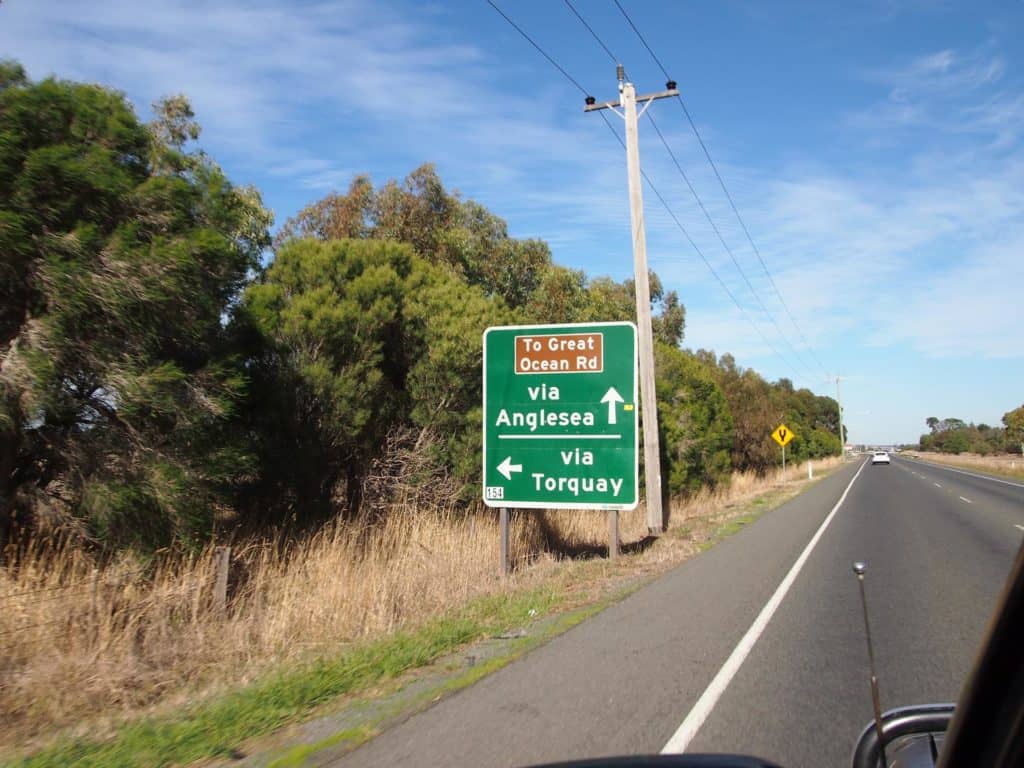 After a leisurely last breakfast in the hostel in Melbourne, we slowly headed towards the Great Ocean Road. On the way we realized that we would never make it all in one day. Luckily we didn’t have to worry about accommodation, because we had the beautiful, versatile car (“Diego”) that provided us with a place to sleep for the night. Our first major stop, after passing the town of Anglesea , took us to some beaches and the nearby Split Point Lighthouse . Nice stop, but nothing earth shattering yet. 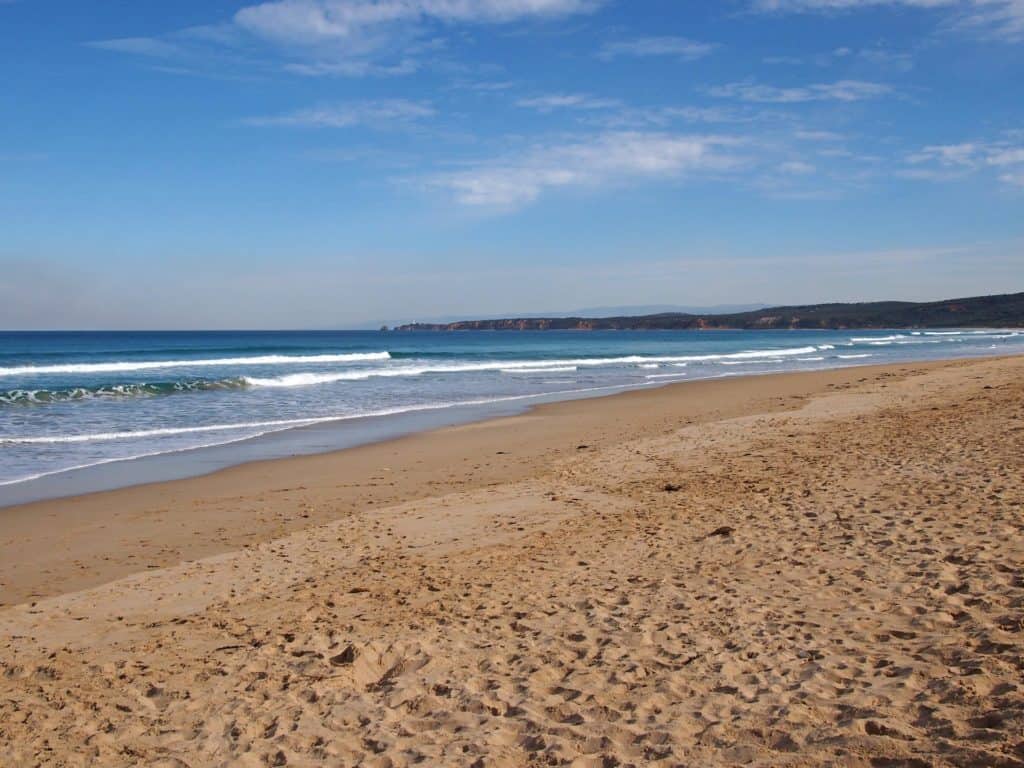 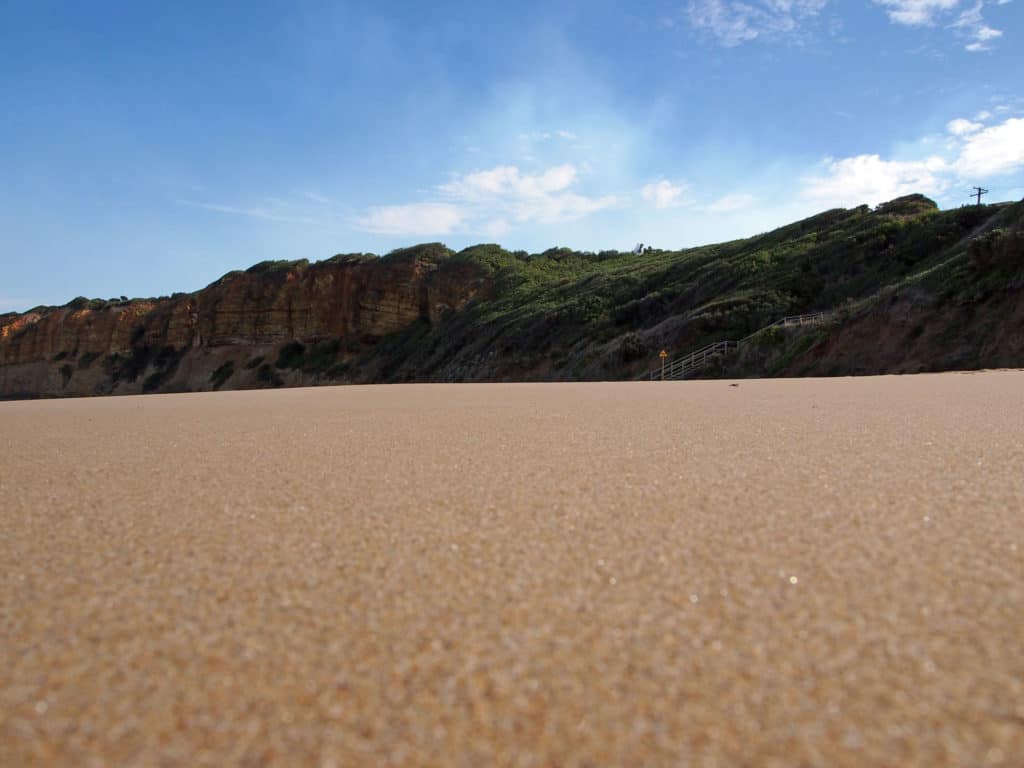 Shortly after the town of Aireys Inlet , near which the Split Point Lighthouse stands, we arrived at the historic road portal of the Great Ocean Road. next stop! The portal is often erroneously titled as the beginning or end of the Great Ocean Road, but in reality it is simply located on a section of the road. Nonetheless, a very cool stop and a great place to take some photos. 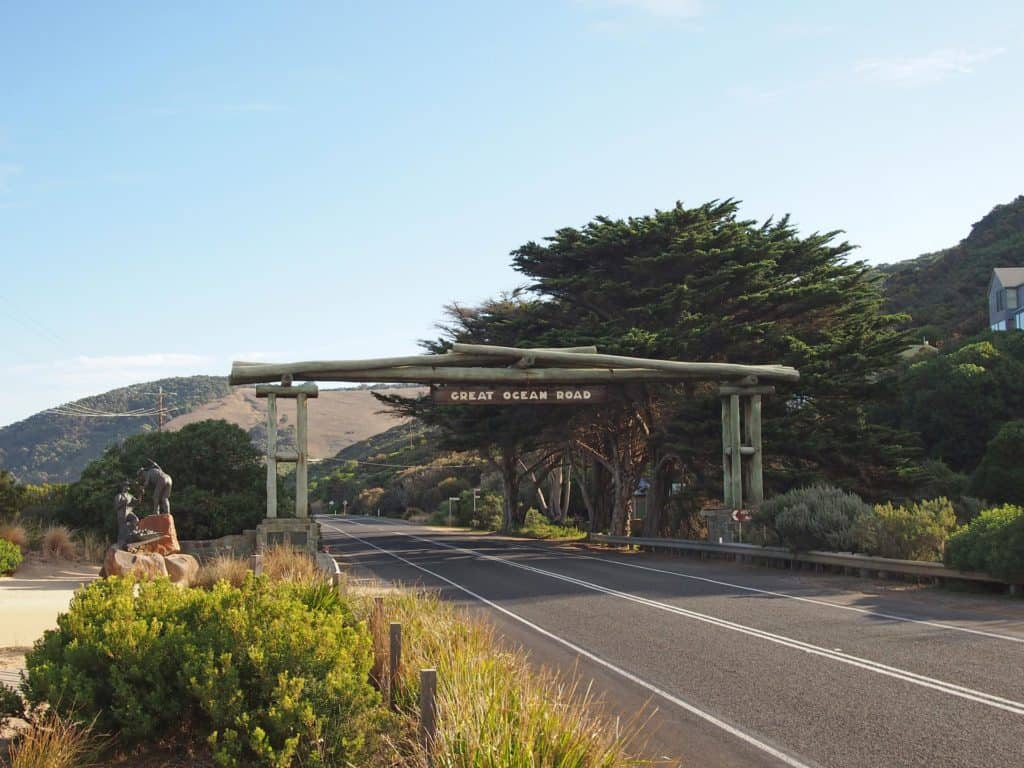 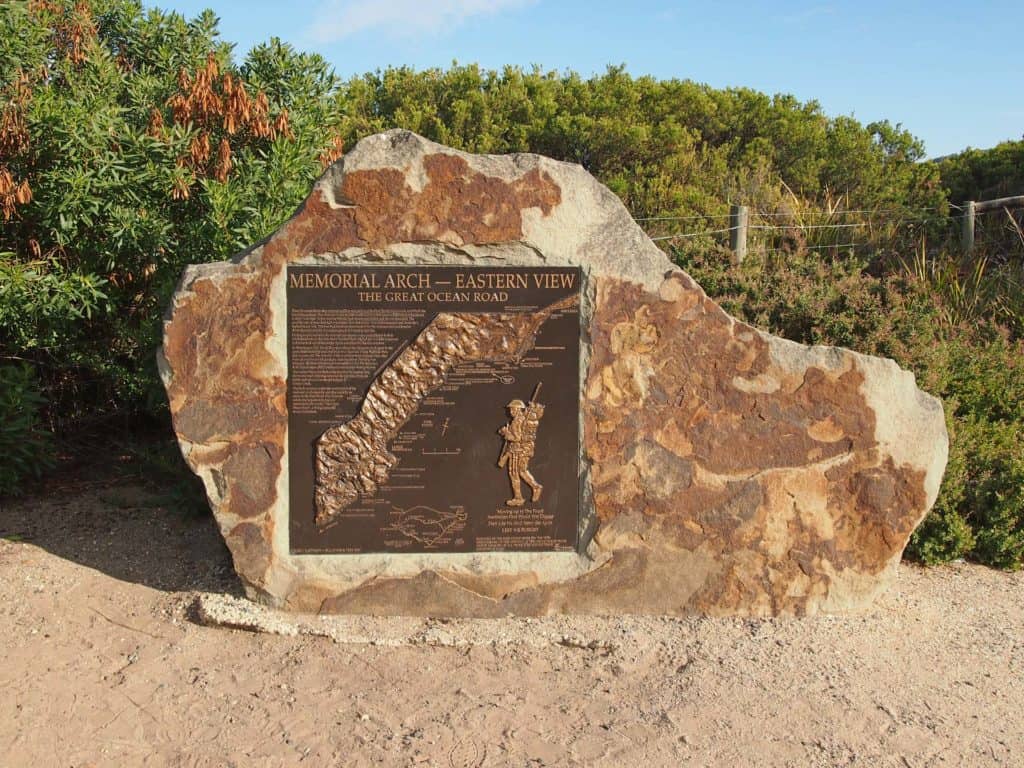 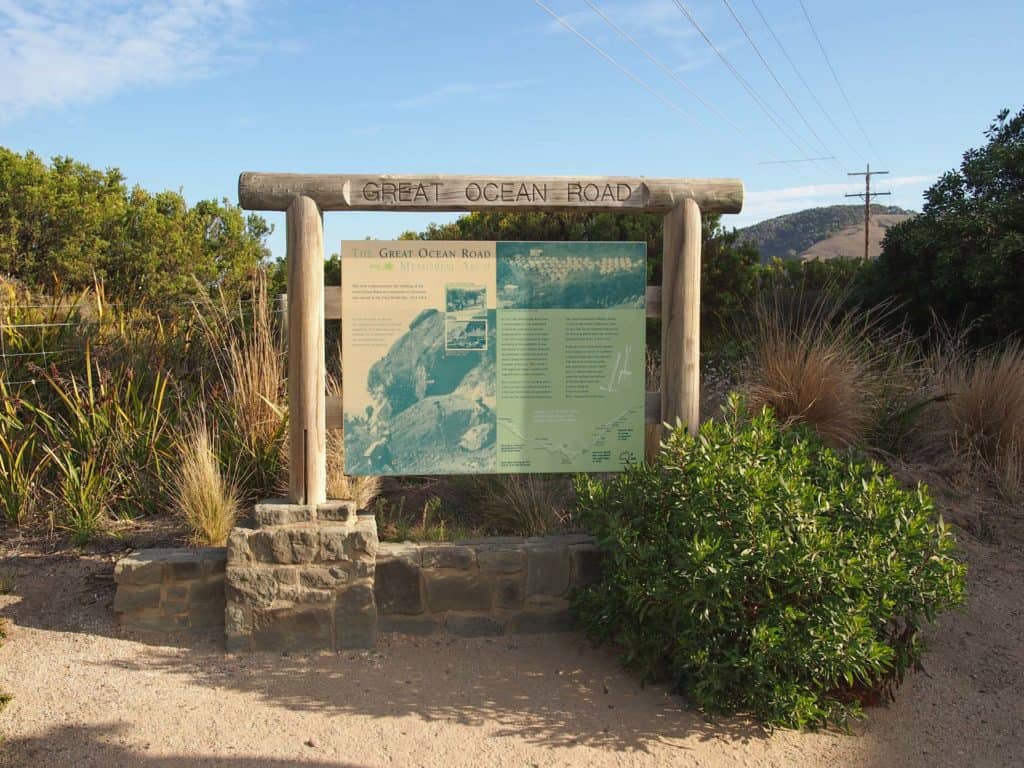 Kennett River was one of those unplanned stops. I discovered the place by accident while searching the web for a few little insider tips for the Great Ocean Road. Not mentioned very often, but they say there are koalas there. KOALAS!! I have to go there! What would a stay in Australia be without seeing a few koala bears. NOTHING! So let’s go. Unfortunately, dusk was already setting in and it wasn’t quite as bright when we got there, but it was very worthwhile. Of course, the station got its own article, where you can read and, of course, see everything about the Kennett River and the koalas .

So the first day ended really well and we looked for a nice place to sleep for ourselves and our car in quiet Apollo Bay . 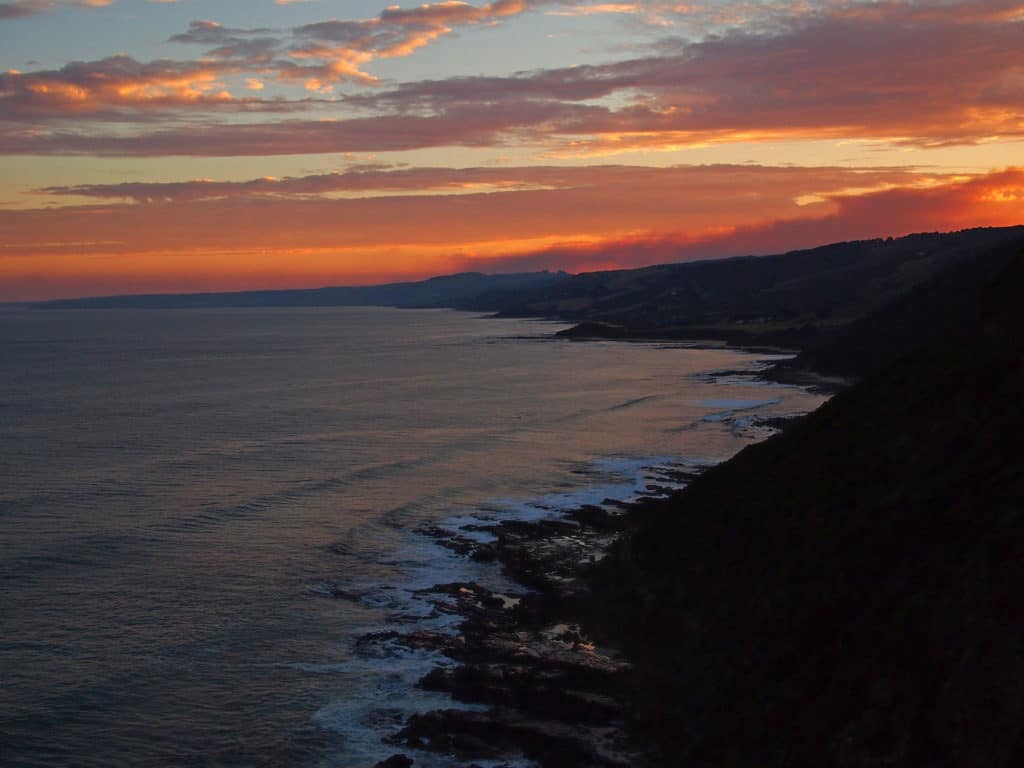 After a good night’s sleep, we continued in the direction of Port Campbell National Park , where the 12 apostles can be admired. These are limestone cliffs up to 60 meters high off the coast of Australia and one of the most visited sights, as they say. I can’t explain why this rock formation is called exactly 12 Apostles, since there aren’t 12 rocks at all. Originally there were 9, but due to the torrential waters of the sea, one of the rocks fell down, so there are only 8 left. Still a stunning sight and definitely worth a stop. ???? 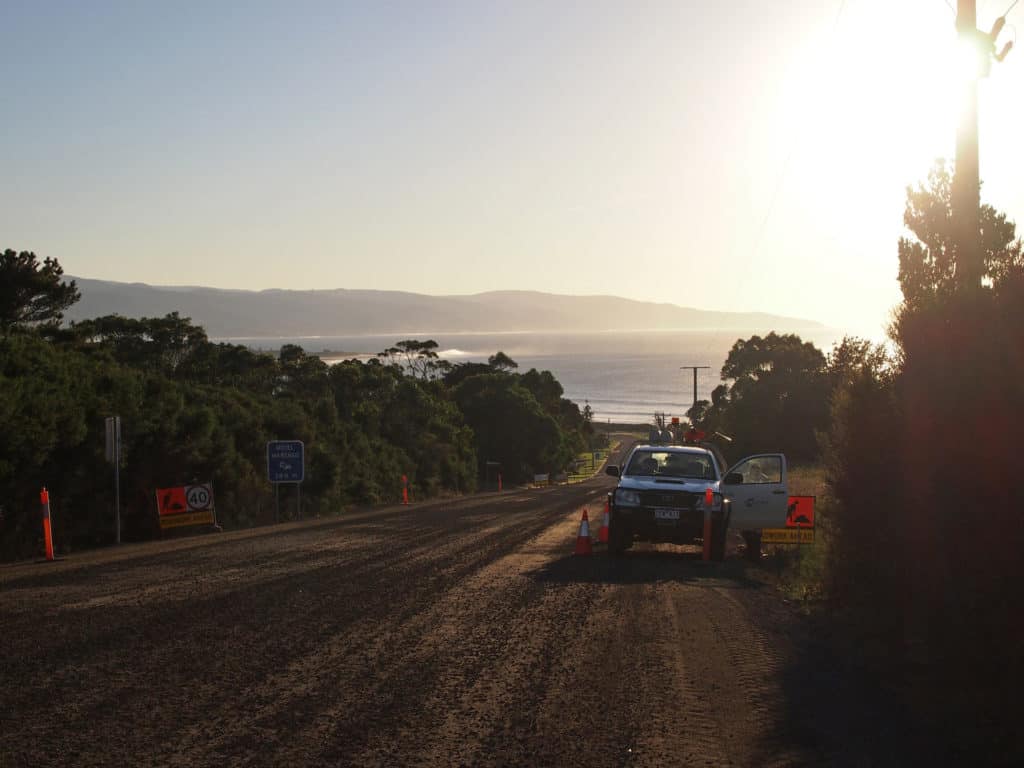 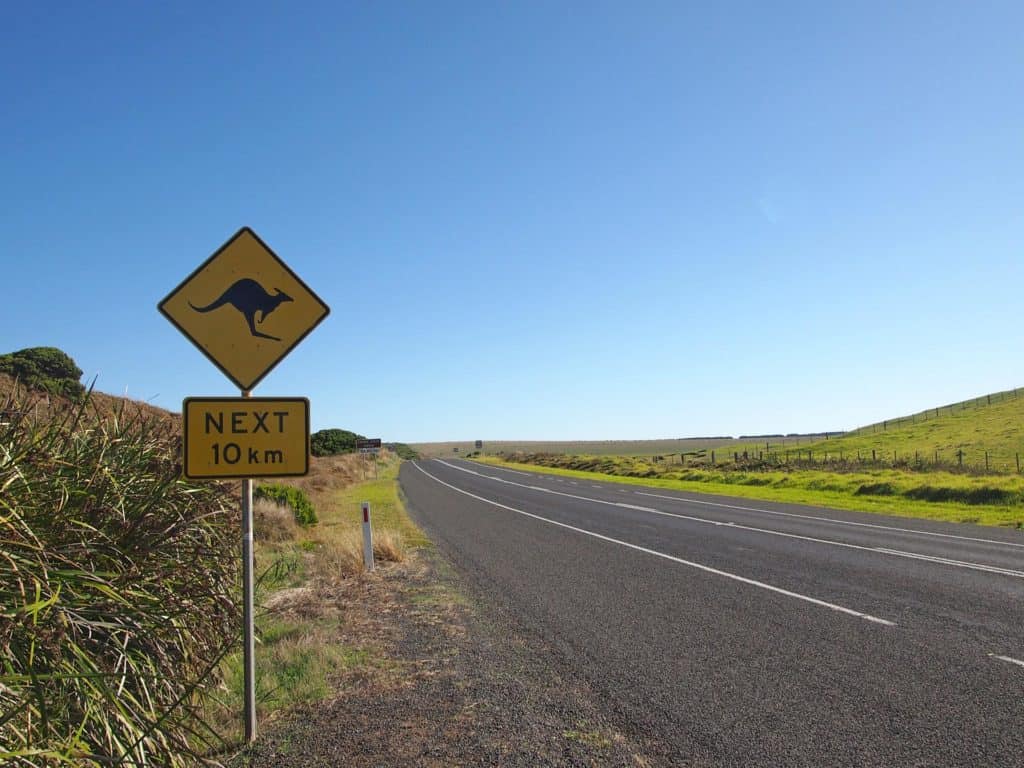 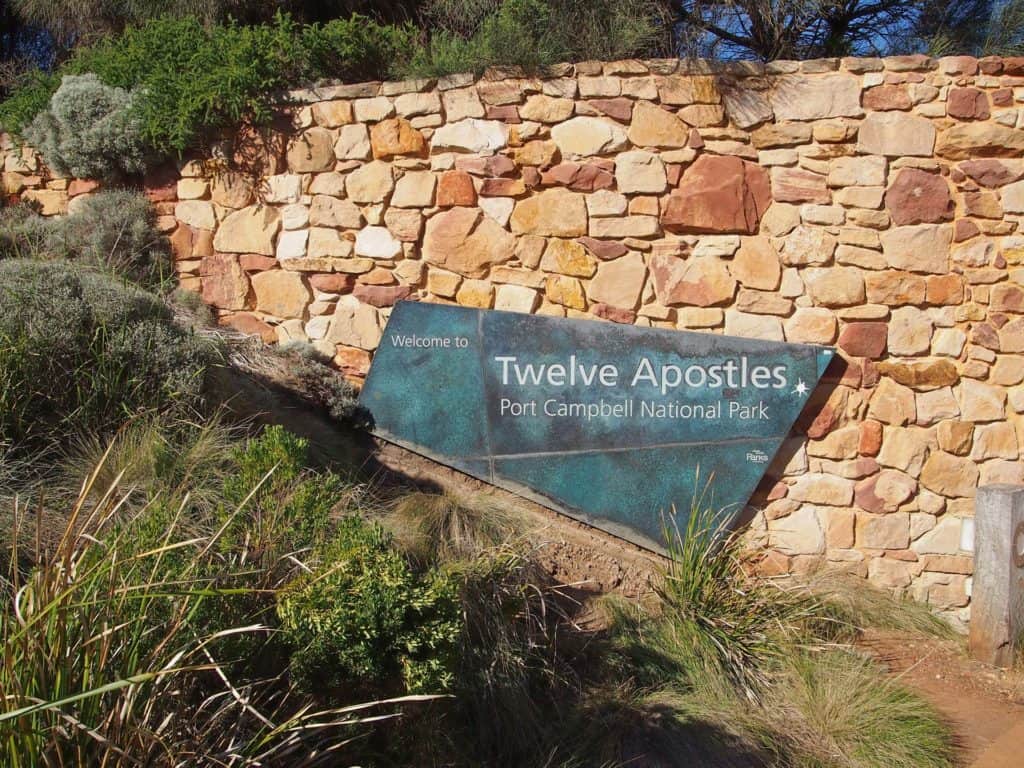 Next was the London Arch , formerly known as the London Bridge , as there was another arch that made this rock a bridge. Unfortunately, this arch collapsed in 1990.

The Grotto is another Great Ocean Road attraction. Although it appears to be man-made, it was also carved into the rock by the massive erosion of the sea. A staircase leads down to the grotto, which can also be entered during low tide.

The Thunder Cave is another really loud highlight. The waves hit this bay with full force and create a hell of a noise. Must have seen or heard. ????

Our last stop was Loch Ard Gorge , a gorge with an almost unvisited beach. Loch Ard Gorge is named after a ship that sank off the coast here in 1878. There were maybe 4 other people there besides us, but they just left. So we were alone on the beach and could enjoy the sound of the sea and the beach. Pure relaxation! Unfortunately, the fact that the waves almost knocked me down when I took the photo cannot be seen here… ????

Kangaroos and the way back to Sydney

After all the stops we made our way back to Sydney, but before that we stopped by a smaller animal park that we had seen on the way there. I still had to see wombats and wallabies before leaving Australia! Unfortunately, the wombats had hidden themselves, but at least the wallabies and kangaroos were at the start. The kangaroos were a bit shy of people, but the wallabies allowed themselves to be fed and petted. However, you had to be a little careful with them so that they didn’t bite your hand while you were feeding them. Nevertheless, it was a pleasure for me to see the little animals live. 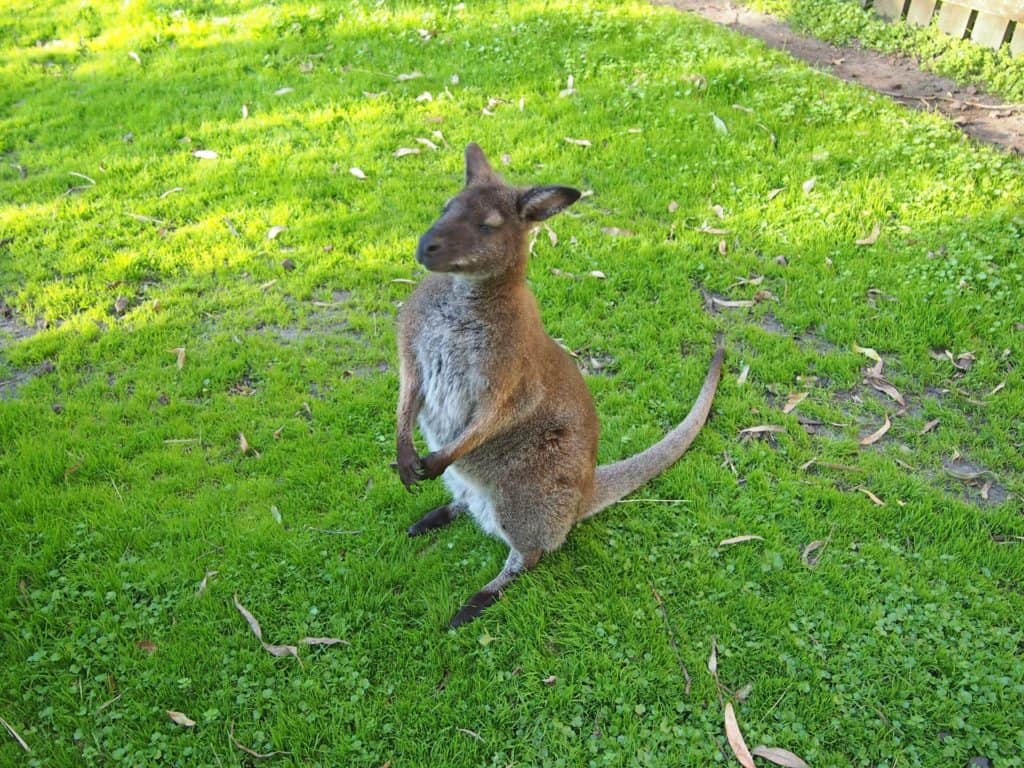 With a stop to sleep in a parking lot in Melbourne, I went back to Sydney , from where my plane was supposed to take off for New Zealand a few days later . 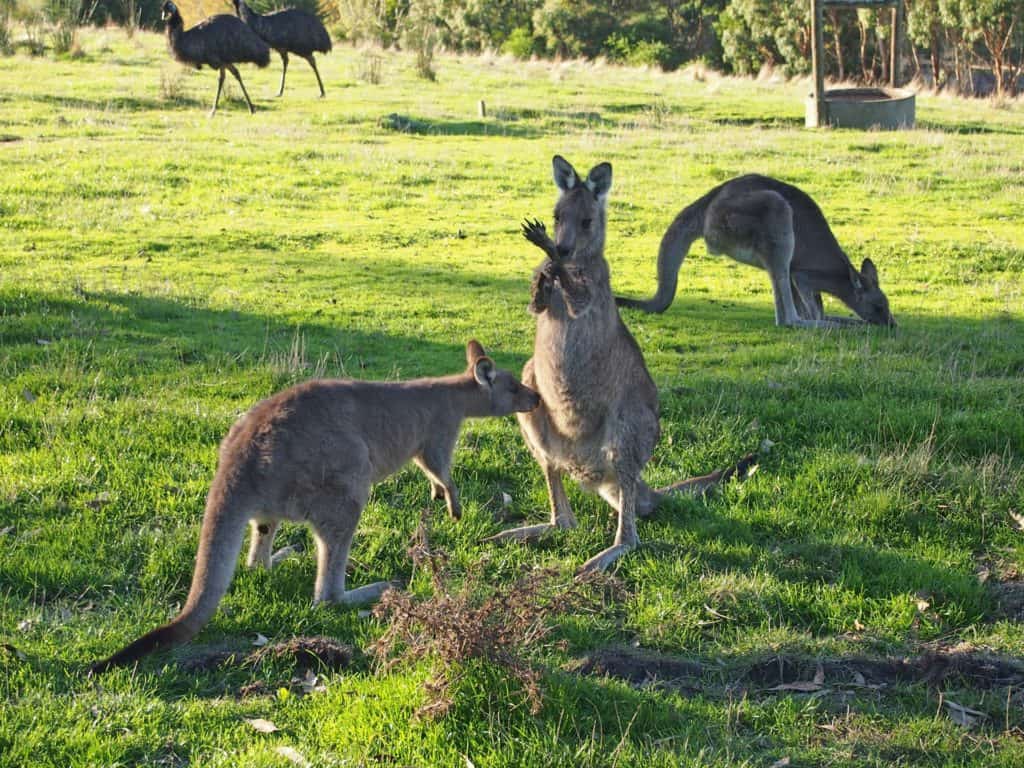