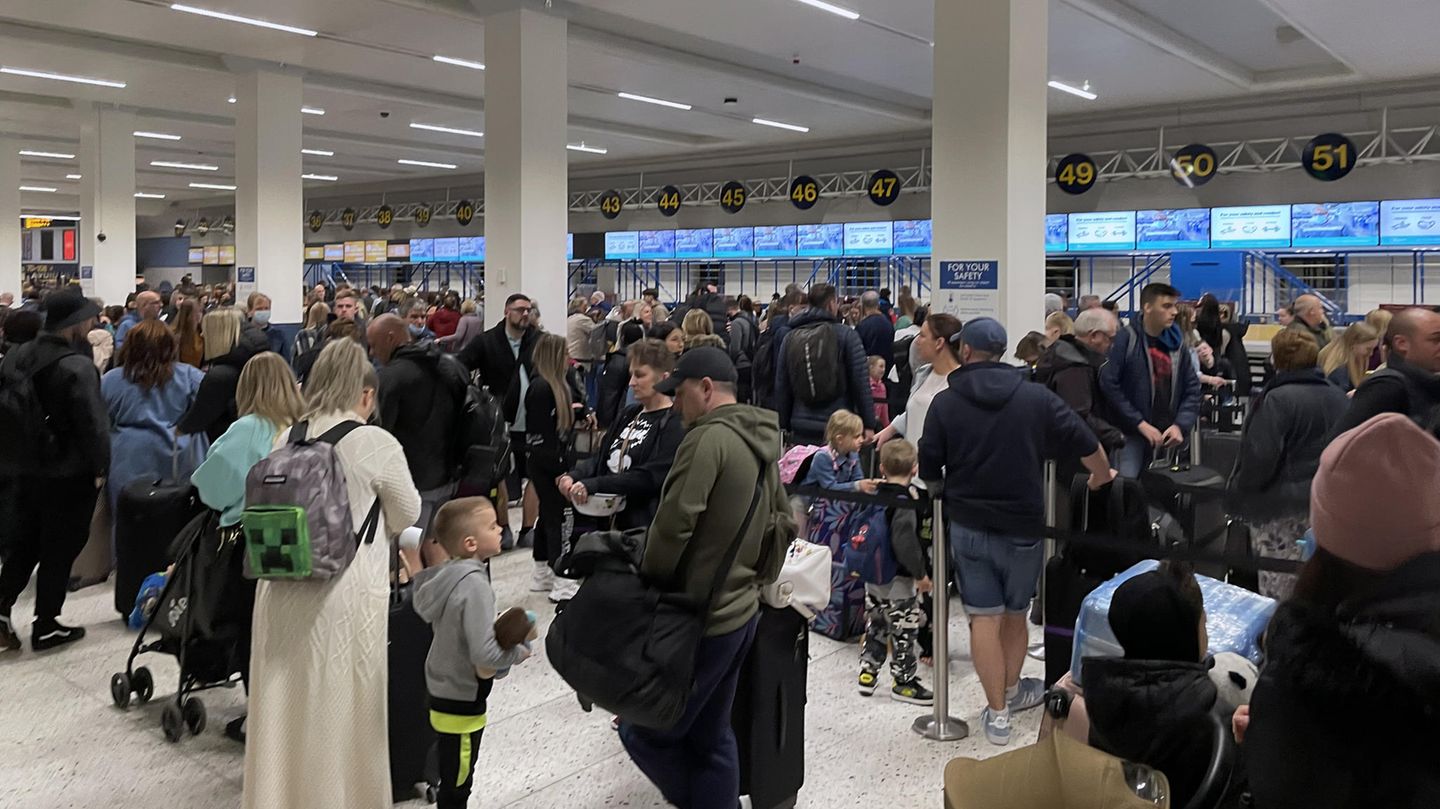 Due to lack of staff

Airports in the UK are suffering from staff shortages. Passengers have to wait for hours, flights are canceled at short notice. Similar problems could also come to Germany.

At the beginning of summer, the desire to travel has returned. According to Eurocontrol, the European organization for the safety of aviation, there were already more than 28,100 flights a day in Europe last week, which corresponds to almost 86 percent of the pre-crisis level. Aviation and tourism are facing a new start, which is becoming a nerve test due to a lack of staff. Travel chaos has already set in in the UK.

Hours of waiting at UK airports

In the past few days, passengers have had to stand in queues for hours in front of security checks and counters, and in the Scottish capital, Edinburgh, the check-in line sometimes even reached the street in front of the building. The planes take off with massive delays, and several flights are canceled at short notice. Some holidaymakers commute from airport to airport hoping for an alternative – only to end up stuck. The reason for the problems is the lack of staff in all corners. From passenger control to aircraft handling to flight attendants: there is a shortage of workers in all areas who were looking for other jobs during the pandemic.

A great speaker and a great liar: Boris Johnson and the British elite’s “private school syndrome”.

The UK government and aviation industry blame each other for the chaos. “Despite government warnings, providers have significantly overbooked flights and holiday offers compared to what they can deliver,” the “Welt” quoted British Transport Minister Grant Shapps as saying. Airlines and the tourism industry, on the other hand, accuse the government of letting them down for a long time. Industry association Airlines UK said the industry had just a few weeks to prepare for summer after travel restrictions were lifted in March. In addition, it is currently almost impossible to find staff, a representative of the GMB union told the BBC.

Compensating for the tens of thousands of layoffs in airlines, ground staff and flight security is hardly possible. Also because the training of new staff takes time. Comprehensive training and many security checks take several weeks. At Manchester Airport, for example, hundreds of new employees have been hired but are not yet operational. Brexit further exacerbates the problem: EU citizens have traditionally taken on many jobs in tourism and aviation. Due to the new immigration rules, these workers are missing. The government refuses to issue special visas for jobs in the travel industry.

Ryanair boss suggests use of military

The situation at British airports could deteriorate further over the Pentecost weekend. Many Britons will use spring break and the holidays to mark the platinum anniversary of the Queen’s accession to the throne. Two million trips abroad and around 19,000 flights are expected. The boss of the Irish low-cost airline Ryanair has proposed an unusual measure: temporary help from the military. Deploying the armed forces there, as is done at other airports, would take the pressure off airport security staff in one fell swoop, Michael O’Leary told ITV on Thursday.

Bonfire, Nottinghill and Battle of Britain

When the Brits celebrate, they do it properly 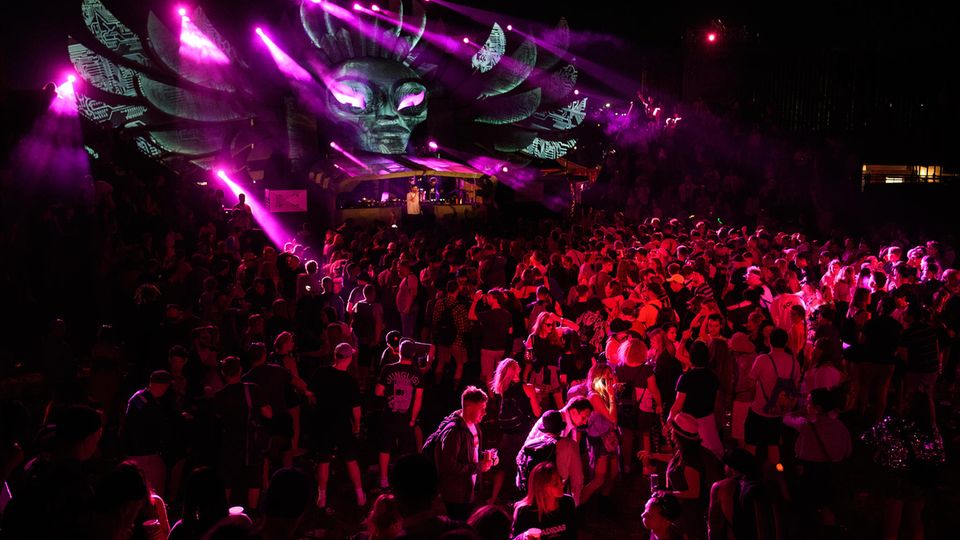 Glastonbury Festival
It’s the UK’s number one music festival. Whether rock, pop, techno everything is represented here. World stars such as Coldplay, Radio Head, Rod Stewart, David Bowie, Shirley Bassey and Mary J. Blige took the stage in Glastenbury. In the past two years, the traditional event had to be canceled due to the Covid pandemic, and the Glastonbury Festival is scheduled to take place again in 2022 from June 22nd to 26th. The rush should be correspondingly large, so plan your visit in good time. Maybe it won’t be quite as bad as in 2005. Back then, the 112,000 tickets were sold out within a few hours. As can be seen in the picture, most visitors arrive with tents.

The low-cost airline Easyjet, on the other hand, feels compelled to reduce seats. In the British sub-fleet, the rear row of seats will be removed from all Airbus A319 aircraft this summer. Six fewer seats mean that, according to current security codes, the airline only has to have three flight attendants in the cabin for the remaining 150 passengers instead of the previous four. Nevertheless, the airline has announced that it will cancel 24 flights a day up to and including June 6th.

Staff shortages as a global crisis

Although the shortage of staff is particularly noticeable in the UK at the moment, airports around the world are struggling with similar problems. The crisis has long been global, so that the airline association Iata has also taken on the matter. He proposes globally standardized training content so that ground staff and pilots can be deployed anywhere in the world. In addition, recruitment must be improved and security checks streamlined.

In Germany, the airport works councils estimate the additional need at 5,500 people nationwide. “Across all locations, the service providers involved in handling passengers are missing around 20 percent of the ground staff compared to the pre-Corona period. This can lead to bottlenecks, especially at check-in, when loading suitcases and at air security checks at peak times,” says the general manager of the airport association ADV, Ralph Beisel.