Dictionary for newcomers to cruises: seafaring from AZ

Dictionary for newcomers to cruises: seafaring from AZ 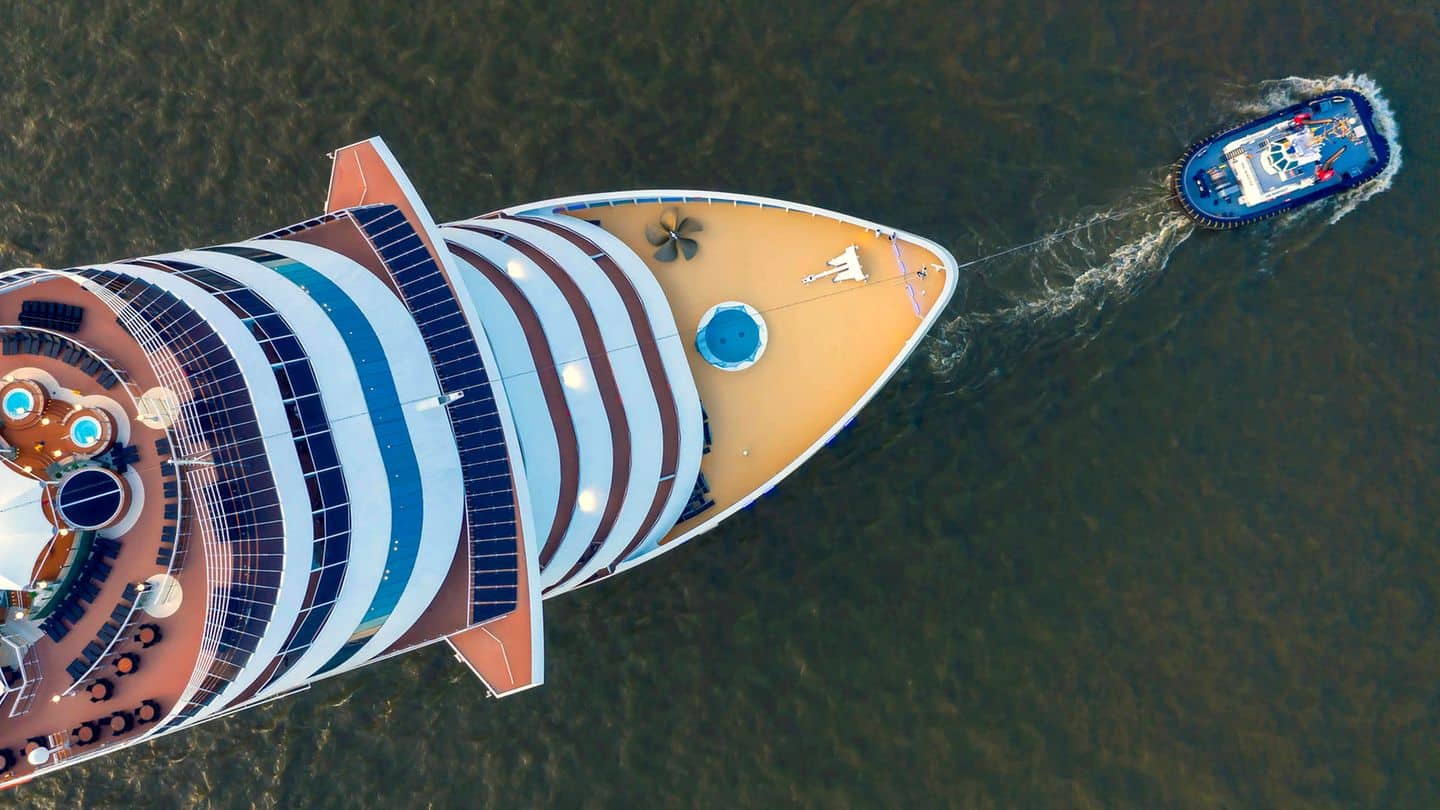 What is the word for railing in seaman’s language? Do I have to tip? The cruise ABC explains important terms that every passenger should know – from the aft deck to the Zodiac.

There are terms onboard a cruise ship that landlubbers have never heard of. That’s why we present the most important vocabulary in our sea dictionary for newcomers to cruises.

Although the term is at the beginning of this alphabet, it refers to the rear part of a ship. In contrast to the forecastle, which passengers are only rarely allowed to enter, the aft deck is one of the most popular places on board: Those who have taken a seat on a deck chair can spend hours watching the sea as the screws stir up the water.

Just two generations ago, air travel across the pond was unaffordable for average earners and ships were the common means of transport. Now only the “Queen Mary 2” operates in the transatlantic service and runs regularly from Southampton and Hamburg to New York. The voyage lasts seven days. But in autumn there are many alternatives when shipping companies move their fleets from the Mediterranean via Florida to the Caribbean, especially from the ports of Civitavecchia and Barcelona from mid-October – often at bargain prices. And in the spring it also works in the opposite direction.

In the port, this is not the connection between the ship and the quay (this is called the gangway), but the command post and workplace of the captain and his officers. For safety reasons, passengers are not allowed to enter the bridge. But as part of guided tours, there is the opportunity to take a look at the high-tech place with many screens.

Designates the front part of a ship. In the past, the bow was decorated with a figurehead, as is still the case today on the Sea Cloud shipping company’s sailing ships.

The chief is the chief engineer who is responsible for everything technical on board and makes sure that the machine runs smoothly.

This person, called CD for short, takes care of the entire excursion and entertainment program on board.

Hygiene is an important issue, even before the corona pandemic. Because nothing is worse than the outbreak of the notorious norovirus on board, which triggers gastrointestinal diseases and is rampant on cruise ships. Therefore, to avoid contagion, there are dispensers with liquid disinfectants in the public areas of the ship that you can rub your hands with.

This term was coined by Norwegian Cruise Line (NCL) around the year and stands for a relaxed cruise concept, without the constraints with fixed dining times, dress code and stiff captain’s receptions that were still common at the time. Passengers decide for themselves what to wear, when and in which restaurant they want to dine.

A woman or a man with great responsibility and a lot of staff: The reception, cabin, restaurant and purchasing departments report to the hotel manager.

The personal four walls during a cruise. For some it’s just a place to sleep, for others it’s the most important place to stay on the ship. The choice of location determines the travel price. There is a simple rule: the higher the deck and the larger the cabin, the more expensive the booking price. The cheapest are the inside cabins, which are nothing more than a room without windows and daylight. Next in the price structure are the outside cabins, which have at least one porthole or larger window, and the balcony cabins. And one more fact travelers should know before booking if they suffer from seasickness: the closer a cabin is to the middle of the ship and the lower the deck (i.e. closer to the center of gravity of the ship), the quieter the nights will be.

The “Captain” can be recognized by the four stripes on the sleeve of his uniform and is the authority and supreme legal authority on board. It is a well-known fact that the captain is the last to disembark if an accident requires evacuation. But not every captain follows this rule, like Francesco Schettino of the “Costa Concordia” when he ran aground off the island of Giglio in January 2013 and the ship capsized.

An important expression that every cruise newcomer should memorize: That’s the name of the railing on a ship that keeps you from falling into the water.

A die-hard group of passengers who describe themselves as repeat offenders. They are always happy to come on board and belong to the fan club of a certain ship, a preferred captain or a certain shipping company. Some book several trips – or several trips around the world – in a row and in this way waste their inheritance, life insurance or the interest on their assets.

When the captain announces that the ship is in the roadstead, it means nothing more than an anchorage in the open water, i.e. outside a port.

A taboo for shipping companies. Because despite built-in stabilizers, a ship moves: not only forwards, but also sideways in rough seas, it works and pitches up and down in high waves. The head and body react very differently to this, resulting in dizziness, headaches, nausea and vomiting. Proven remedies for motion sickness, as the medical term goes, include ginger root and prescription drugs like scopolamine.

A difficult chapter, because the issue of “personal donations” is dealt with very differently on all ships. At the end of the trip, cruise newcomers are surprised that their travel budget has been increased by another item. Three ways of tipping have emerged: inclusive, optional or fixed amount. The latter means an automatic debiting of a lump sum. Usually, however, the shipping companies recommend between six and twelve euros per day of travel. With some brands, tips are already included in the travel price. Nevertheless, you can also “tap” the cabin crew or the service in the restaurant.

In the cruise, the term has nothing to do with the serial killer from California of the same name, but refers to extremely robust inflatable boats with outboard motors. Expedition ships in particular let Zodiacs into the water in shallow waters to bring their guests ashore or to go on excursions. The boats are named after the French manufacturer.