Deutsche Bahn: This is how Richard Lutz wants to get the chaos under control

Deutsche Bahn: This is how Richard Lutz wants to get the chaos under control 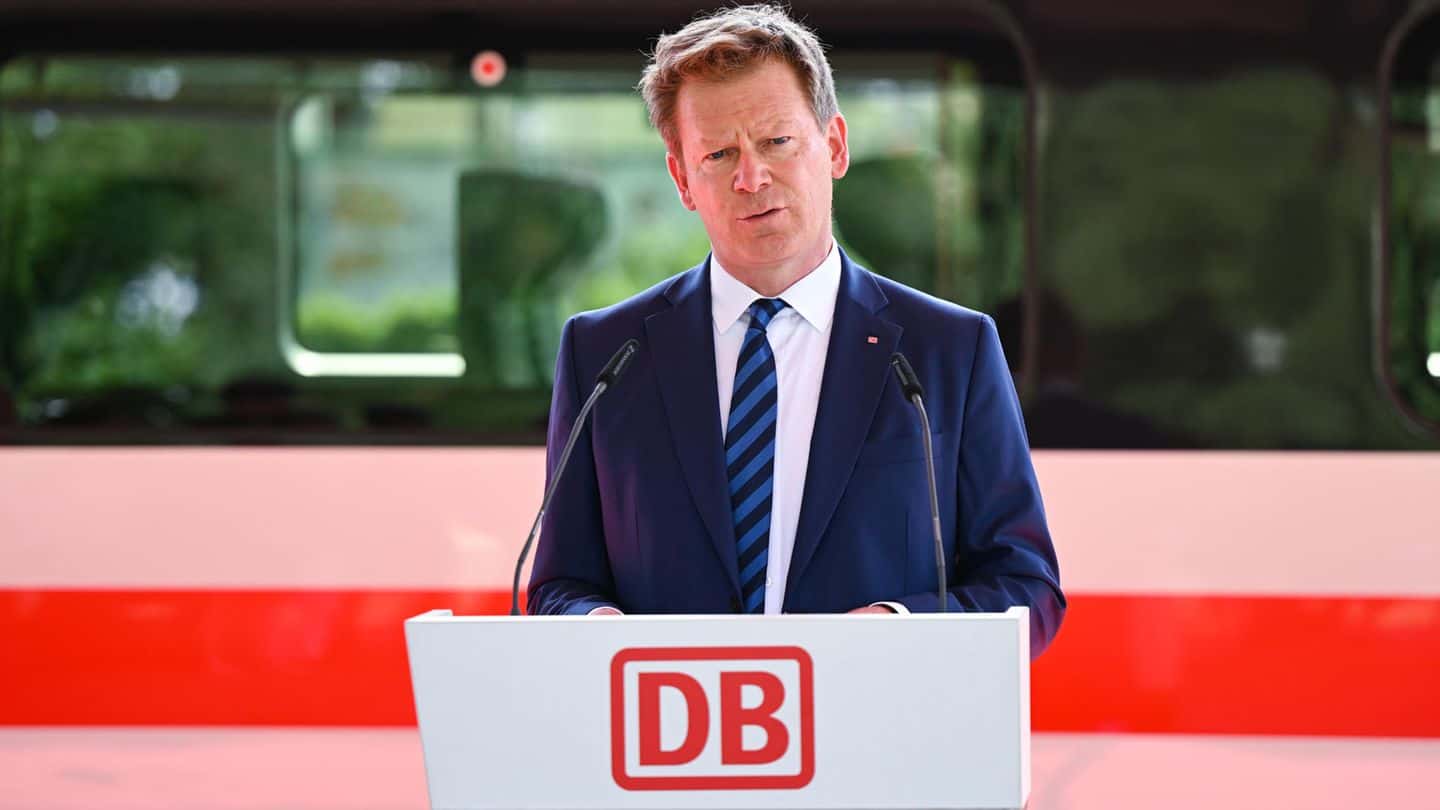 Tips, Travel
Deutsche Bahn: This is how Richard Lutz wants to get the chaos under control

In the “Today Journal”

“It hurts”: This is how CEO Lutz wants to get the railway chaos under control

Deutsche Bahn’s problems are immense, especially when it comes to punctuality. Bahn boss Richard Lutz now promised improvements. He wants to have identified the main cause of the unreliability.

Overcrowded or broken trains, delays, failures in freight transport, a gigantic mountain of debt – Deutsche Bahn is in crisis. Once again. Or still. On Monday evening, CEO Richard Lutz answered questions from moderator Christian Sievers on ZDF’s “Heute journal” – and made a promise: “We’re getting better,” said the manager. Lutz admitted that he himself had many shortcomings when traveling by train. “In terms of quality and reliability, not everything is right at the moment.  That hurts.”

The most striking indicator: the punctuality rate for long-distance transport, the perennial problem child. It was recently only 58 percent – a negative record. According to railway logic, trains are considered punctual if they are no more than 5 minutes late. Canceled trains are not counted as late.

Lutz claims that the reason for the unreliability of Deutsche Bahn was not a lack of staff. “It’s because more and more traffic is on the road on an already scarce infrastructure, which is further restricted by construction sites, resulting in bottlenecks, traffic jams and delays.”

So is it a planning error? Why aren’t the effects of roadworks included in the timetables? Lutz left that open. He spoke of structural errors: “It is certainly true that the German rail infrastructure was undersized and underfunded for years and decades.”

When are there improvements?

However, Lutz has recently noticed a trend reversal – towards more investments in the German rail network. “We can’t avoid building,” said the railway boss. He announced that there would be improvements in the coordination of the construction sites (at times more than 800 a day). “We have to organize construction more efficiently and effectively.”

For example, construction work should be bundled or postponed – something that railway experts have been calling for for a long time. To this end, investments in maintenance are to be increased significantly. According to Lutz, the rail network should thus be transformed from a “problem” to a “stability anchor”.

Deutsche Bahn plans to offload its UK bus operation Arriva to raise cash, it emerged on Monday, amid speculation about a possible sale of the entire rail division.

A spokeswoman for Deutsche Bahn declined to comment on the report.

The Chinese media are already speculating about what will happen next season. Will it be the same story? Or maybe something different?

In fact, there is no guarantee that Hanyu will compete again. He could decide to retire from competitive skating. In such case, he will be able to keep the $1 million prize money he earned over the course of the 2018-2019 season.

But even if he decides to return to the ice, he might opt for a change of scenery, since he has been living in Japan for several months now.

He could take part in the World Championships in Milan, Italy, in September, where he won the bronze medal in 2017.

However, according to the rules, he must wait one year before attempting to make it to Tokyo.

So, whether he retires or returns to the ice, we wish him good luck in whatever decision he makes.