DDR Museum in Dabel: A journey through time to a country that has disappeared

DDR Museum in Dabel: A journey through time to a country that has disappeared 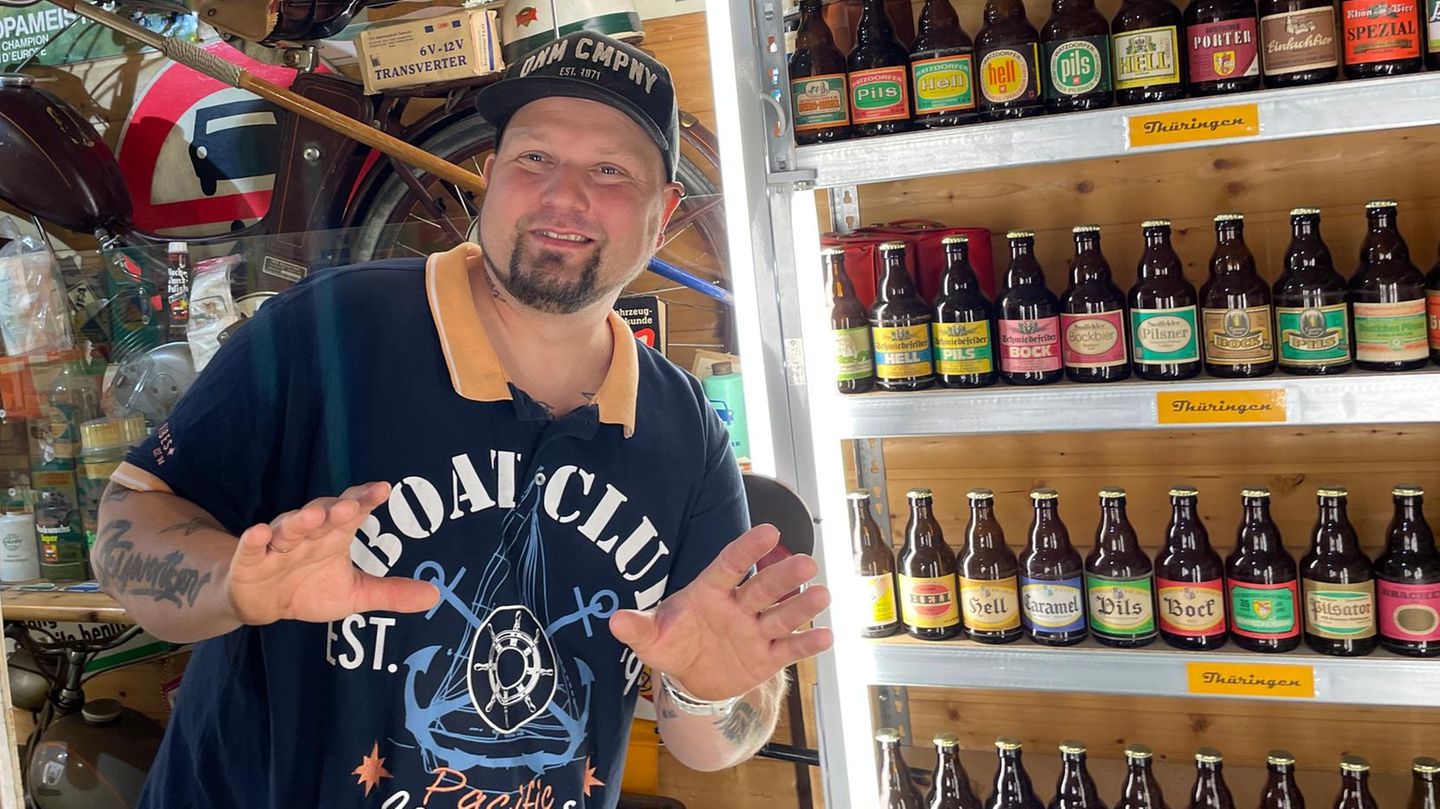 Adventure, Adventures, Destinations, Places
DDR Museum in Dabel: A journey through time to a country that has disappeared

In 1994, without realizing it, the blacksmiths laid the foundation stone for their son’s GDR museum. The couple from Thuringia bought a former pioneer holiday camp in the Mecklenburg Lake District to turn it into a holiday village. The 30,000 square meter site in the municipality of Dabel in the Ludwigslust-Parchim district was a large adventure playground for her eleven-year-old son Marcus. He combed through the old huts and found a number of objects from the GDR era. He gathered what he liked and put it in a box.

Over the years, he continued to collect more and more and the box naturally became too small at some point. In 2016 he opened his DDR Museum. He is currently exhibiting in two halls – 10,000 exhibits on 400 square meters. And that’s not even his entire collection. He has thousands of other items in storage, he says. However, there is not enough space to display them. And he still rattles through flea markets and advertisements, looking for everything that says VEB or DDR.

The family man wears his passion on his skin and on his tongue. The Wartburg lettering can be found as a tattoo on his body, as can the sandman and other GDR motifs. And while walking through the museum, Schmied keeps popping up and telling stories. It seems that every exhibit has a story. It is a never-ending source. In a conversation with him, it becomes immediately clear: this museum is his life’s work.

Schmied says completeness is important to him. If there was a drill in a dozen different colors in the GDR, he would like to exhibit them all in the museum. “Many state museums have two or three items in their exhibition as an example. I would like to show all products in all variants”. This goal becomes clear with beer and schnapps. Hundreds of bottles are on the shelves. According to Schmied, his museum has the largest collection of GDR spirits. Guinness could soon certify the record.

A visit to Schmieds Museum is supposed to be a journey through time to the GDR. “Anyone who has lived in the GDR and comes here often feels transported back to their own youth,” says Schmied. And he offers visitors from the West the opportunity “to visit a country that no longer exists”. As a rule, the East Germans stay longer. Perhaps because they reminisce more and associate their own experiences with the exhibits.

For example, with the gray “Elan” driving school trainer, who is standing in one of the long corridors: A gray box with a steering wheel, rear-view mirror and pedals. In combination with a screen, the device became a driving simulator. The film played reacted to the maneuvers of the “driver”. If the engine stalled, the film also stopped, if the accelerator pedal was pressed, it ran faster.

Sausages and bathwater from the washing machine

Or with the “WM 66” washing machine. They didn’t just get their clothes clean. “You could also heat bockwurst in the machine,” explains Schmied, “enough for a whole company if necessary”. But that’s not all: “We heated our bathwater in the ’66 World Cup. When the water was hot, you simply pumped it out into the tub,” says an elderly gentleman who overheard the conversation and now comes to it. He lives in Chemnitz and is visiting Dabel with his wife.

But even in the west, many people valued products from the GDR without knowing it. Whether record players, kitchen appliances or even typewriters – quite a lot was manufactured in the East and exported to the West. There it was sold in department stores and by mail order companies under their own brands. Typewriters of the GDR brand Erika were sold in West Germany under the Privileg label.

Many things in Schmieds Museum still make a functional impression after decades. No wonder for him: “Back then, the clear requirement was that things had to last a long time,” he says. Unfortunately, that is different nowadays.

The DDR Museum has long since established itself as a permanent attraction in the region. And on public holidays like May 1st or October 3rd whole convoys of nostalgic vehicles sometimes arrive. However, a few months ago, the museum almost shared the fate of the country preserved within. The forced Corona break and an imminent loss of location brought it to the brink of closure. That was averted. Smith can continue with his museum. He never stopped collecting.