Cruise ship "Global Dream II" only goes once - to the junkyard 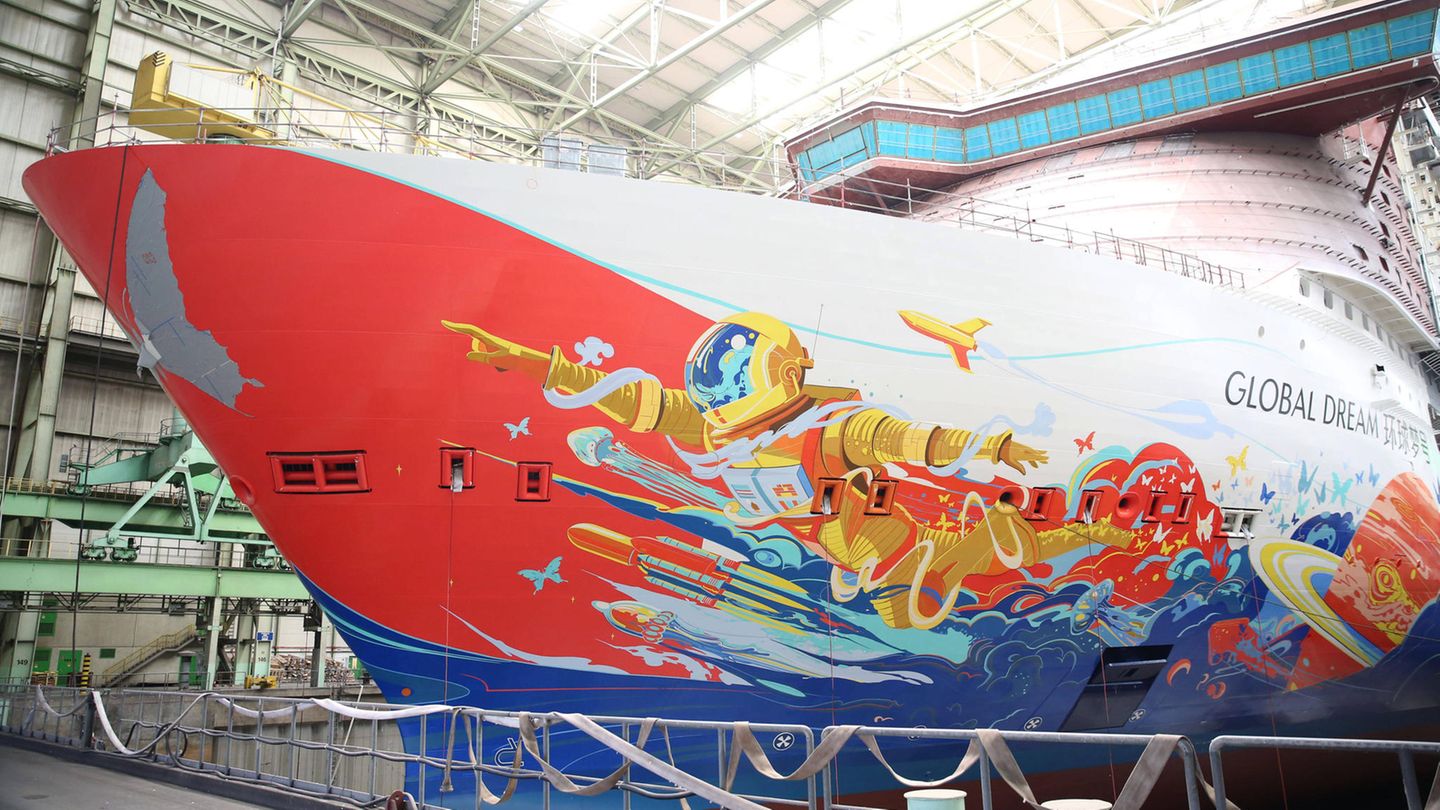 Cruise ship “Global Dream II” only goes once – to the junkyard

At the beginning of 2022, the fate of the two “Global Dream” ships was hanging in the balance – the shipyard filed for bankruptcy. Now it is certain: The almost finished luxury liner “Global Dream II” will drive directly from the shipyard to the scrap yard.

The “Global Dream II” was in the dock in Rostock-Warnemünde for three years. The cruise ship is one of two huge ocean liners that should each carry more than 9,000 passengers and over 2,000 crew members across the world’s seas. In this case, however, the pandemic proved to be an insurmountable hurdle, and MV Werften filed for bankruptcy as early as January. The Malaysian parent company Genting Group was no longer able to change that.

Millions flowed into the world’s largest cruise ship – including taxpayers’ money. Visit to the shipyard, which is now threatened with bankruptcy

Now there are plans as to what should happen to the two steel giants in Wismar and Warnemünde. For the “Global Dreams II” this means: From Hero to Zero, off to the junkyard. Because unlike the sister ship, the number two has only been completed in the lower hull area, so there is still a lot to do. After all: Many systems and the machines had already been delivered, reports the travel blog “Anbord”.

The insolvency administrator plans to resell some of the uninstalled new goods, but the hull will be recycled, they say.

One tries to protect the “Global Dream”, the number one of the two pots, from such a fate. It’s already largely finished star last showed the current status of construction progress in January.

Insolvency of the MV shipyards: This is what the nightmare ship “Global Dream” looks like 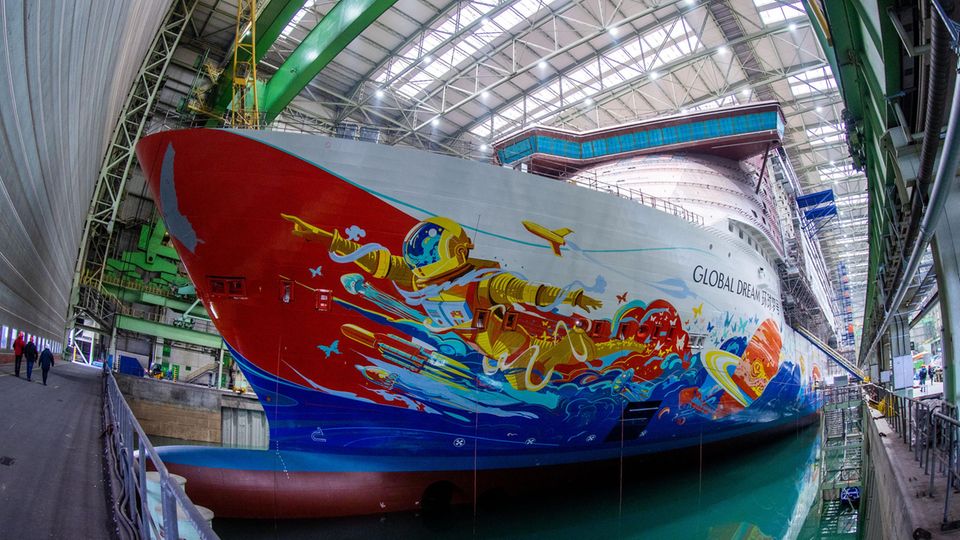 Gigantic dimensions: The 342 meter long “Global Dream” in early January 2022 in the building dock of the MV shipyard in Wismar.

In theory, the “Global Dream” can still be sold, completed and put into service – if a buyer is found for the ship adapted to the Asian market. There is still time for this until the end of 2023, because from 2024 ThyssenKrupp Marine Systems (TKMS) will need the shipyard halls for the construction of submarines, corvettes and frigates.

The “Global Dream” still has time until the end of 2023

That might sound like a long reprieve, but it seems to be running out in the end. So far, only one buyer, the Swedish family company Stena, has been interested in the “Global Dream”. At the end of May, however, the group jumped off again after former Genting owner Lim Kok Thay announced plans to found a new cruise brand in Asia and the strict corona rules in China made plans to resume cruise traffic impossible.

According to the insolvency administrator, the “Global Dream” could get out of Wismar immediately with the help of a deep-sea tug – provided someone pays the asking price and takes over the guarantees from the state of Mecklenburg-Western Pomerania. The estimated total price for a Global class ship is around 1.5 billion euros.

If that doesn’t happen, the “Global Dream” will probably face a compulsory auction. Then scrapping yards should also strike – and also make a bunch of individual parts from the almost finished cruise ship. Apparently this should be prevented. The insolvency administrator told “Welt” that an auction of the ship had not been decided.

The fate of the “Global Dream” now depends on the patience of creditors and great luck in finding buyers.

There are plans to save jobs

The future of the workforce at MV Werften is similarly nebulous. According to information from the “German Press Agency”, the Ministry of Defense is currently considering taking over the Rostock location in order to set up a repair shop for the Navy there. For around 500 people, this would mean secure continued employment.

TKMS is also apparently currently examining the takeover of a few hundred people who should prepare everything at the Wismar site in order to be able to start work there from 2024. Until then, around 1,500 employees will be in a transfer company to prevent unemployment and keep the skilled workers on site.