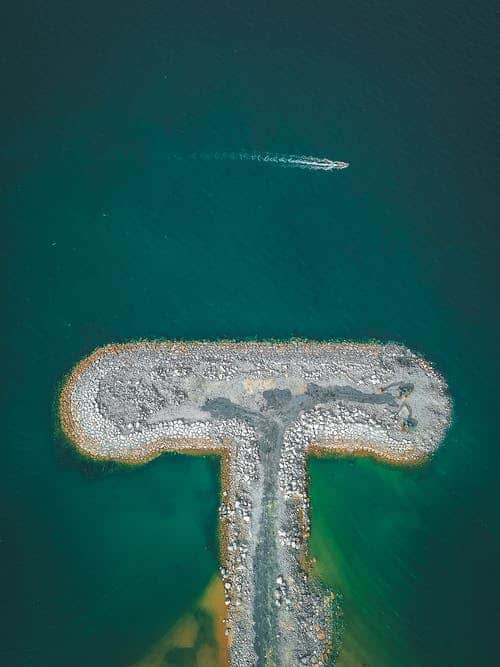 Hainan is a popular holiday region in southern China. Because the island is too small for the tourist rush, an artificial island was raised off its coast. Ocean Flower Island is the largest man-made island in the world. But the project has already caused two scandals in its short history.

Although the Chinese island of Hainan is not so well known in this country, it is considered THE holiday paradise par excellence in China. Locally there are not only miles of sandy beaches, but also tropical forests. The island is therefore often compared to Hawaii. After all, the US archipelago is on the same latitude as China’s Hainan.

65 million Chinese traveled to Hainan in 2021 alone. If the Chinese government decides to allow tourists from abroad to the island after a two-year corona-related entry ban, more space will be needed. The solution is said to be Ocean Flower Island. It is the largest artificial archipelago in the world, made up of several islands, and was built off the coast of Hainan.

Have you heard of the gigantic The Palm Jumerirah in Dubai, which we also reported on before ? With a total area of ​​800 hectares, Ocean Flower Island off Hainan is even larger: the three islands that are connected to each other have already been filled up, and most of the buildings are already finished. Numerous hotels and residential complexes are included, and 200,000 people are expected to live on Ocean Flower Island off Hainan in the future.

A number of tourist attractions have already been completed on the main island. For example, China’s only snow-covered water park with a mountain landscape is located on Ocean Flower Island. And that in the tropical climate of Hainan with annual average temperatures of 27 degrees. You can also visit an opera house, a museum, a botanical garden and an aquarium on the main island. The congress center, whose buildings look like blooming peonies, stands out in particular.

Another attraction is the glass bridge in the Yalong Bay Tropical Paradise Forest, which at 400 meters is one of the longest of its kind in China. The Skywalk was opened in 2018 and provides a view of the “Tropical Paradise Forest”. Holidaymakers can shop on the island in duty-free shopping malls, and weddings are also possible at eight different locations on Ocean Flower Island. Culinary one would like to be part of the world class here. There are twelve restaurants with Michelin stars on the island off Hainan.

Also interesting: Xiapu: The place in China where almost everything is staged for tourists

But after parts of the island opened at the end of 2020, things are now taking a few steps backwards. In early January 2022, authorities ordered a real estate group operating on Ocean Flower Island to demolish a total of 39 apartment buildings. The building permit is said to have been obtained illegally.

The group had ten days to demolish the residential project, which stretched over 435,000 square meters. This is what the editorial network of Germany reported . However, this faux pas should have no effect on the rest of the project, as the real estate group claims.

It is not only corruption that makes the project problematic. Ocean Flower Island off Hainan is also controversial from an environmental point of view. The artificial islands are likely to harm marine life, for example, as environmentalists at home and abroad emphasize. The rules for visitors, such as not deviating from the path when walking around the Skywalk in Yalong Bay Tropical Paradise Forest, can hardly be considered sufficient environmental protection.

The fact that parts of the island are under nature protection does not seem to prevent those responsible from building numerous hotel complexes. Vacationers are supposed to spend the night there, whose presence disturbs the animals that live in the island’s rainforest. The Hainanese crested gibbon is particularly at risk. The great ape species is considered highly endangered, so far it has not been possible to breed them in zoos, as WELT reported. Now only 30 animals are alive – and only in the Hainan Rainforest and on Ocean Flower Island.

Anyone traveling to China should be aware that it is a one-party communist state. The death penalty, torture, the oppression of ethnic minorities, re-education camps, restrictions on freedom of expression and media censorship – the United Nations and human rights organizations such as Amnesty International and Human Rights Watch accuse the communist regime of human rights violations on many levels. Although human rights are formally guaranteed in the Chinese constitution, they are systematically disregarded.