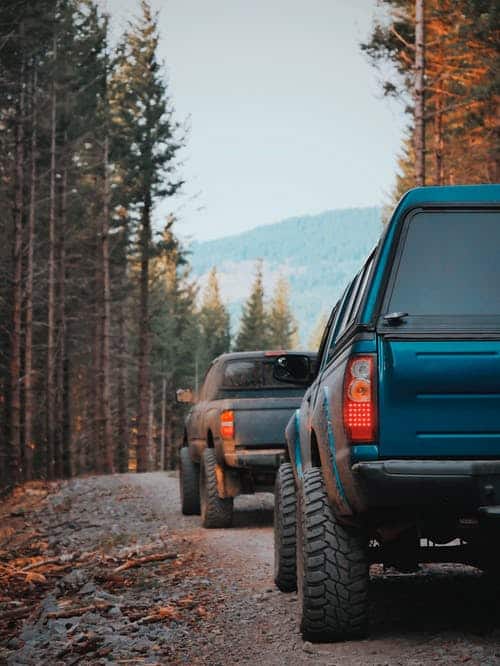 Hardly any other country connects travelers with sheer endless expanses and untouched nature as much as Canada. Our expert has eight tips off the beaten tourist track for the time after Corona.

The famous national parks in the Canadian Rocky Mountains were already totally overloaded before Corona. Post-pandemic searches for less-visited destinations are likely to intensify. Experiences of nature away from the crowds are already in great demand wherever holidays are possible. Eight travel tips for Canada off the beaten track and off the beaten track:

1. The paradise behind the mountains

Those who land in Calgary in the province of Alberta usually drive straight through to the iconic Banff national park. The direction is right, but the Rockies are much more original 20 minutes before Banff.

In Canmore I first climb the steep Three Sisters Drive. Halfway up, the asphalt turns into a bumpy gravel track, which is now called the Smith-Dorrien Trail. At the top, the path squeezes through a gloomy gorge, then the curtain rises: in front of me lies the deep blue Spray Lake, flanked by three-thousanders whose steep slopes are tattooed with meltwater channels and avalanches. No car to be seen, no gondola, not a soul. So far, this sight has made me pull over every time.

The chances of seeing moose, bears and wolves are as good as in Banff National Park next door. As part of Spray Valley Provincial Park, the valley is part of a wildlife corridor where animals migrate back and forth between the southern provincial parks and Banff.

See and die the Icefield Park in Canada: Highway 93 from Lake Louise through the Rockies to Jasper is one of the dream roads in the world. If you want to avoid the RV lines, just turn halfway at the Saskatchewan River Crossing.From there, Highway 11 curves east through the steep Front Range of the Rockies. Also known as the David Thompson Highway, the road easily rivals the Icefields Parkway in terms of panorama. The absence of crowds of people at the viewpoints is terrific – and the attention of the few pensioners along the route is touching. In the “Aurum Lodge” high above Abraham Lake, I was given bear spray and handwritten sketches before my hikes. With crosses for the owners’ favorite spots and dashed lines for particularly beautiful sections of the trail.

In the badlands , I always feel like an explorer. I never really know in advance what it will be like where I want to go, there are so few meaningful pictures from the southeast corner of Alberta.

The famous Royal Tyrrell Museum of Palaeontology in Drumheller has not changed that with its dinosaur finds. The Badlands have remained what they have always been: 90,000 square kilometers of empty, gently undulating infinity with riverbeds called coulées, three or four unexcited towns and dozens of nowhere towns whose existence is chronically threatened.

In addition to the starry night sky and the always visible curvature of the earth on the horizon, there are other highlights. There is, for example, the Writing-on-Stone Provincial Park just outside of Montana, which is a UNESCO World Heritage Site because of its rock art, and the Dry Island jump Provincial Park, which opens up like a huge hole in front of the hood. There are also ghost towns like Orion, Empress, Rowley and Manyberries. And the locals. The people here have endured much hardship and are humble, godly and hospitable.

A local once told me that if you want to live here, you have to be strong. Physically, because you have to get involved, and mentally, because the winters are damn long and then there’s nothing to do apart from DIY and Netflix. By Canadian standards, it is only eight hours by car from Montréal to the Gaspé Peninsula. But once there, it feels like the end of the world.The peninsula is as big as Belgium, but not even 130,000 people live here, all in tiny settlements with a gas station and a kiosk on the coast called Dépanneur.

The mountainous interior is so impassable that two-lane Route 132 can only curve around it. But she does it with flying colors: Hundreds of meters high cliffs on the right and left with breakwaters behind them, she fights her way past small bays to Percé. This pretty resort town on the eastern tip of the Gaspé Peninsula is known for whale watching and Percé Rock, a monolith the size of an ocean liner. For me, Route 132 is the most beautiful alternative to the famous Cabot Trail in Nova Scotia.

5. Seven square kilometers for the eyes

On this Canadian island, visitors crisscross treeless, green meadows and see the blue sea everywhere: the panoramic view of the (Entry Island) is beguiling. The island forms the seventh of the Magdalen Islands in the Gulf of St. Lawrence, which are otherwise associated with sand dunes, and is the only one that is somewhat isolated.

Almost 100 descendants of Scottish-Irish fishermen are staying here, a small ferry takes them to Cap-aux-Meules, the main island of the archipelago, to go shopping. Anyone who sees the red and gray cliffs with the green hills on Entry Island from afar wants to leave immediately. The highest elevation, the Big Hill, measures 174 meters, can be reached by trail and lays the entire archipelago at your feet.

6. Down to the Pacific over “the Hill”

The fact that more cars have not fallen into the abyss here borders on a miracle. We’re talking about “The Hill”. That’s what the locals call the section of Highway 20 from Anahim Lake to Bella Coola on the Pacific Ocean in the province of British Columbia.

The name is a true understatement. The rough terrain has thinned the road to a single track gravel road, with rock faces on the right and a deep chasm on the left. One prays: Just no timber transporters in oncoming traffic. In the first 6.4 kilometers alone, the road climbs 1219 meters in altitude. A total of 1,828 meters in altitude has to be climbed from the valley floor to the Heckman Summit, 21 kilometers away. An incline of up to 18 percent pushes drivers into their seats and forces them to apply the brakes vigorously down the valley.

The adrenaline rush will be richly rewarded. The Bella Coola Valley , with its lush rainforests and 2000 meter high cliffs, always feels like a piece of Yosemite to me. Only without tourists.

Endlessly wide sky, the view sweeps over a sea of ​​grass that gently ripples in the wind. Nowhere a tree or bush, on which the eyes could cling. This only succeeds at the line of the horizon, at a distance of ten kilometers or even 20 – impossible to estimate exactly. In Grasslands National Park , Canada, conversations die in the face of this vast emptiness.

The national park in southern Saskatchewan protects one of the last stretches of untouched prairie in North America. There are hardly any signposted hiking trails. “Expect isolation, loose ground, orientation problems and rough terrain,” warns the park administration. And buffalo wallows that are easy to stumble into. The oval depressions are reminiscent of the buffalo that once passed by here and rolled in the mud for body care.

There are no campsites inside the park. You can camp wherever you want, as long as you camp out of sight of any ranger trails and don’t light a fire. That’s no problem at all: at night the starry sky reaches down to the earth.

8. A village on two islands

It probably started when a settler built his house on one of the two islands, but then decided to change islands. Today, the community of Change Islands in Newfoundland has almost 300 inhabitants and includes both islands, connected by a bridge. Many of the old homes and boathouses on stilts still stand.

The journey to change is long. Two flights are required from Europe, an overnight stay, a drive of several hours and finally a small hop on the car ferry. Only then are you there. Seagulls squawk, now and then the crashing of the surf penetrates across.

Even the neighbors on Fogo Island find Change Islands small. The handling is all the more personal. During my visit, the nice woman in the visitor center spontaneously invited me to coffee and apple pie. The owner of the “Seven Oakes Island Inn” cooked for me personally. And Netta LeDrew told me how she is saving the Newfoundland pony from extinction. Her Change Islands Pony Sanctuary is home to a dozen of the shaggy horses that used to pull fishing nets from the sea and firewood from the forests.

When I returned to the mainland three days later, I had hiked the most beautiful coastal trails of the islands and got to know or at least greeted a tenth of the population by name.