Caminito del Rey - what Europe's once most dangerous hiking trail 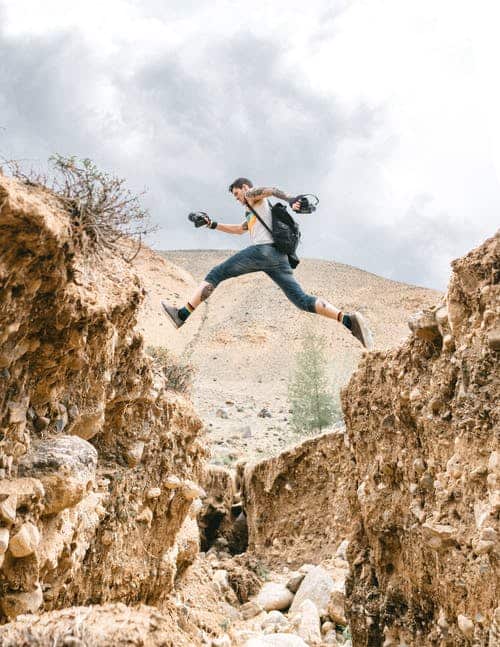 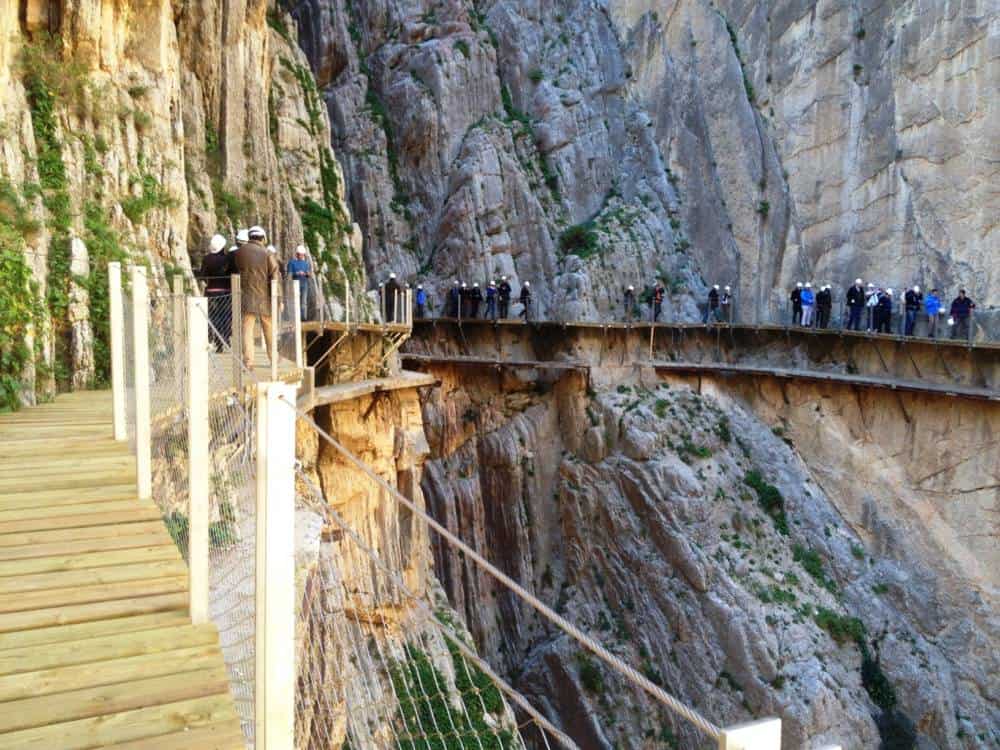 It was closed for 14 years, and the Caminito del Rey, known as the most dangerous hiking trail in Europe, has been accessible again since 2015. The Spanish government has invested more than two million euros to make the route safer. Nevertheless, it takes a good deal of courage to walk the path. Because the abyss is still pretty close – and deep.

There were five alone in 1999 and 2000. In 2001 the hiking trail was therefore closed, and the beginning and end of the route were simply dismantled .

Which of course did not deter danger seekers, on the contrary. An alternative entry was quickly found: Below the actual starting point, iron fortifications stuck into the sandstone rock, which were just wide enough to stand on. If you crossed this, you only had to climb up a short section to get to the actual path. An extra thrill that only made the most dangerous hiking trail in Europe even more dangerous.

What the Caminito del Rey looked like before the restoration

Those who reached the Caminito del Rey had to contend with further problems: in many places there were huge holes in the way because large concrete slabs had simply broken out due to the weather. Balustrades, which once prevented falling into the depths, only offered patchy protection. And the thin steel cable used to secure it didn’t look particularly reassuring either. In some places along the way, the rope was missing entirely, especially a parapet.

he Caminito del Rey has been open again since Easter 2015

As early as 2006, it was decided to take the necessary safety precautions to prevent further deaths. But the economic crisis intervened – the money planned for the Caminito was needed more urgently elsewhere. Work finally began in May 2014 and the path has been open to the public again since Easter 2015. With fresh wooden planks on the steel girders, with safety ropes for the hikers, with wire mesh on the slopes to prevent falling rocks. Helmets are still mandatory – because the Caminito del Rey is still not harmless.

Today only with helmet and railing: the restored Caminito del Rey

“It’s not an easy walk

If you have the courage and want to walk the hiking trail yourself, you can do so from Tuesday to Sunday. Cost: 10 euros. It is important to register in advance, because free appointments are often fully booked for months. About 200,000 hikers visit the Caminito del Rey every year. But what can visitors expect on the 7.7-kilometer route? Will the now secured path at the abyss still promise excitement and thrills? Yes, because given the altitude and the gradient, the path is still not suitable for everyone. “The special local conditions require a certain physical fitness,” says the website of the Caminito del Rey. While that doesn’t mean you have to be a professional athlete, “we mustn’t forget that this isn’t an easy walk.”

Visitors must adhere to numerous rules and ideally also the other recommendations listed on the website. For example, it is forbidden to carry umbrellas, backpacks, bags, bags or other bulky items. “Visitors are required to properly wear any safety equipment that may be made available to them upon entry,” it said. “When two people cross, maximum care must be taken to avoid endangering whoever is on the side of the railing to the gorge.”

Anyone who dares to climb the Caminito del Rey will be rewarded with a breathtaking landscape. During the approximately eight-kilometer hike, you can enjoy a wonderful view of steep sandstone cliffs, glistening water below and rough rock formations. The small royal path, once created to transport material to the adjacent hydroelectric power station, also represents a connection to the valley behind it, which in turn is the starting point for numerous climbing routes and bouldering routes.