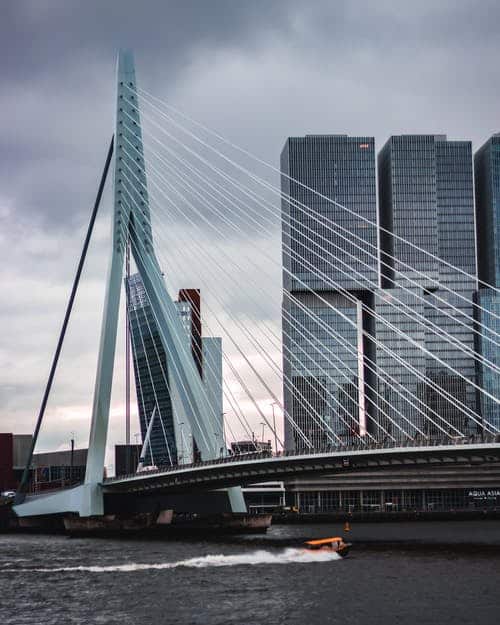 Amazon founder and multi-billionaire Jeff Bezos had a super yacht built in the Netherlands. But for the almost 40 meter high three-master, the way to the sea is blocked by a bridge in Rotterdam that is too low. Now the listed Koningshaven Bridge is to be temporarily dismantled.

Multi-billionaire Jeff Bezos has a problem. A bridge in Rotterdam stands in the way of his new yacht, which is almost 40 meters high and costs 430 million euros. The Oceanco shipyard in Alblasserdam in the Netherlands, which was commissioned with the construction, cannot deliver the ship unless the listed Koningshaven Bridge is dismantled. “It’s the only way to the sea,” a spokesman for the mayor of Rotterdam said on Wednesday (February 2), according to various media reports from the AFP news agency.

Bezos wants to bear the costs of dismantling the bridge

The shipyard has now applied to the Rotterdam City Council to remove the middle section of the former railway bridge. This is reported, among other things, by WELT , citing AFP. This should happen in the summer and take a few weeks. After Bezos’ mega yacht has passed, the bridge will be restored to its original state. According to reports, Bezos wants to bear the costs for the construction work.

The Koningshaven Bridge was built in 1878 and rebuilt in 1940 after German bombing during World War II. After a renovation in 2017, the Dutch government promised, according to “WELT”, that the bridge would never be dismantled. Some Dutch people were all the more upset about the planned dismantling of the bridge. However, the city administration is said to have promised to rebuild the bridge in its current form afterwards.

Bezos had commissioned the construction of his super yacht “Y721” last year from the Oceanco shipyard in Alblasserdam, which specializes in mega yachts. The three-master is said to have a length of 127 meters – and thus be a good 30 meters longer than the “Black Pearl”, Oceanco’s largest sailing yacht to date, reports the news channel ” ntv

The 3 longest sailing yachts in the world

According to “ Superyacht Times ”, the “Sailing Yacht A” (built in 2017) by Russian billionaire Andrei Melnichenko is currently the longest sailing yacht in the world with a length of 142.81 metres. Jeff Bezos’ 127-meter-long “Oceano Y721” (built in 2022) took second place in the ranking of record-breaking sailing yachts. The “Black Pearl” (built in 2018) by Russian billionaire Oleg Burlakov, who died last year, took third place with a length of 106.70 meters.