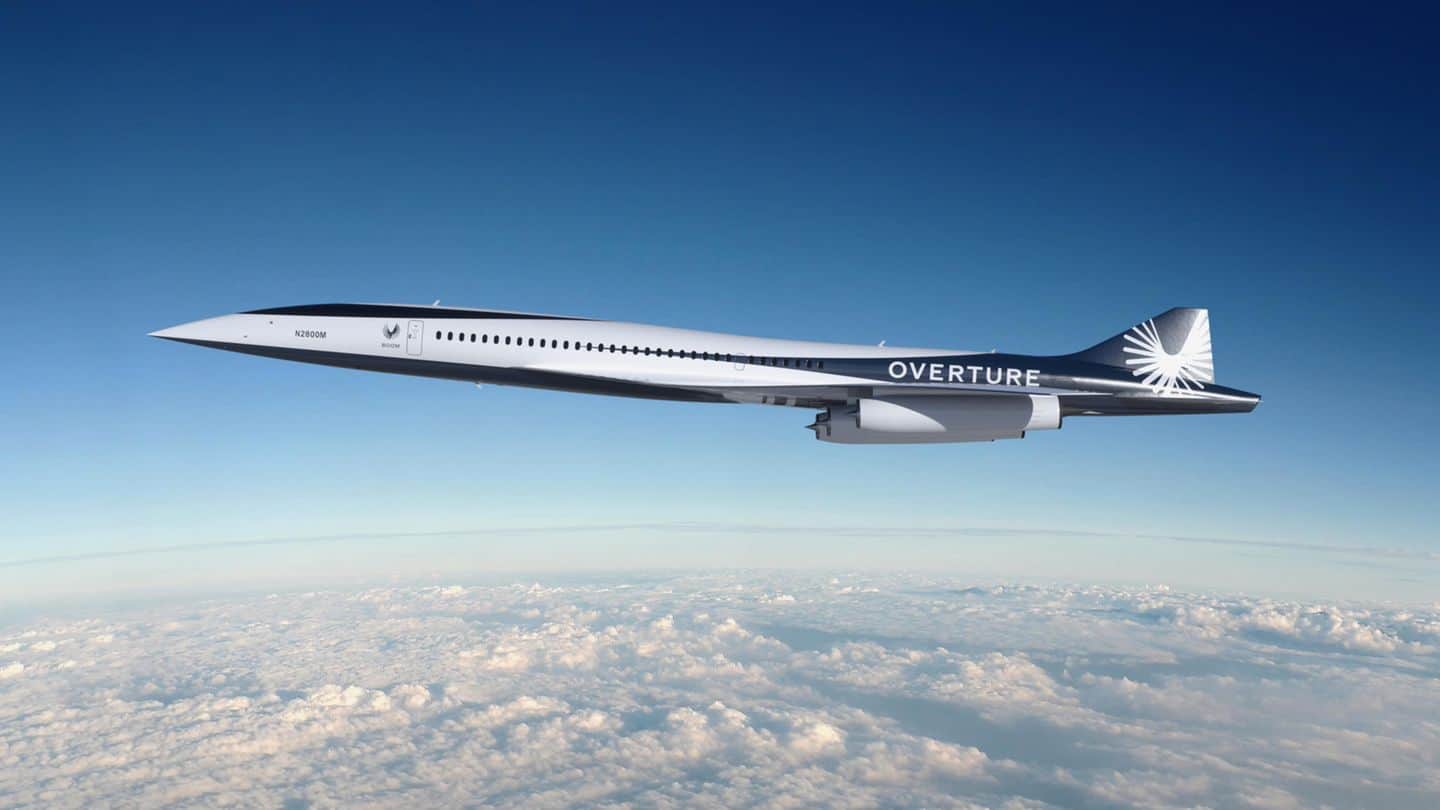 Flight from London to New York in 3.5 hours – new details of the Concorde successor presented

A new supersonic jet, the “Boom Supersonic Overture”, with a speed of Mach 2.1 should halve flight times worldwide. Now the new design of the super plane has been presented.

Good news for all long-distance travelers: The potential flight times for intercontinental flights are likely to be significantly reduced in a few years. The company Boom Supersonic presented the new design of its supersonic jet. This could reduce flight times from London to New York to just three and a half hours.

Boom Supersonic Overture at a glance: This is what the fast plane looks like

The aircraft has four small engines and gull wings to improve speed and stability. The new engine design was also specifically developed in such a way that aircraft noise can be reduced despite the enormous speed.

Among other things, the “Overture” does not have an afterburner, which means that the aircraft’s noise emissions are lower. Important for volume and speed: The outer skin is constructed in such a way that air resistance is minimal. This is also intended to maintain fuel efficiency at supersonic speeds.

According to Boom Supersonic, the aircraft will have a range of 7871 kilometers when fully manned. However, there is still a long way to go before the plane will be available for scheduled flights. The manufacturer states that it should be ready in 2029.

The spiritual heir to the Concordes will be able to fly across the Atlantic Ocean faster than the speed of sound. A British start-up called Boom Supersonic claims it has developed a plane capable of traveling at 2,200 miles per hour – about twice the speed of sound – and flying from New York to London within three and a half hours.

The firm intends to use the technology to make trips between cities like Tokyo and Osaka much cheaper. It hopes to sell tickets for $20,000 (£16,700).

In 2016, Boom raised £22m ($30m) in funding from investors including Virgin Group founder Richard Branson. The same year, it unveiled a prototype of its aircraft dubbed Overture.

Since then, the company has been working on making Overture a reality. In 2017, it signed agreements with Japanese airline ANA and US carrier United Airlines to purchase up to eight of its planes.

United Airlines wants to fly you around the world in less time than it took to cross the Atlantic Ocean in the 1950s.

The Chicago-based carrier unveiled plans Wednesday to build a fleet of ultra-fast aircraft capable of reaching speeds up to twice the speed of sound — or about 767 mph.

The planes are expected to take passengers flying from New York City to London in just over three hours, compared to five hours and 40 minutes now.

But don’t expect to book one of the sure-to-becostly priced tickets anytime soon.

The airline on Thursday announced a $250 million deal with Denver-based start-up Boom Supersonic for fifteen of its “Overtures” jets and an option on another thirty-five.

The plane hasn’t been built yet and still needs government approval.

How fast will the Boom Supersonic Overture jet fly?

United Airlines announced plans Tuesday to build a supersonic jet dubbed “Overture.” It will be capable of traveling 2,500 miles per hour, about twice the speed of current commercial jets.

The plane could slash travel times on routes such as Newark, New Jersey to Los Angeles, California; San Francisco to Tokyo, Japan; and New York to Frankfurt, according to United. It could even make trips across the Atlantic Ocean faster than the Concorde did.

“This aircraft will enable us to dramatically improve our customers’ experience,” United CEO Oscar Munoz said during a news conference announcing the project. “Our goal is to provide our customers with a great product, a great customer experience and a great value proposition.”

The Boeing Co., which makes the 777 passenger plane used by United, said it is working with the airline on the design and development of the jet. But the company declined to comment further.

How many seats will United’s new Boom supersonic jets have?

United Airlines unveiled plans for a new supersonic passenger jet today, saying it hopes to begin flying passengers on the flight next year. The carrier announced the news in a blog post where it revealed some technical specifications about the aircraft, including its name — “Overture.” In addition to the plane itself, United also announced it had signed a deal with Boeing Co., the maker of the plane, to buy up to 50 of the planes.

The airline didn’t reveal how many seats the new plane will have, but did say there will be 65 to 88 seats depending upon its configuration. And while United says it’s too early to know how much the flights will actually cost, the airline said the plane is designed with operating costs that are 75 percent lower than the Concorde, which flew for just 12 years before being grounded due to high maintenance costs and a fatal crash during takeoff in 2000.

If it stays with the design presented now, the aircraft should be able to carry 65 to about 80 passengers. Blake Scholl, Founder and CEO of Boom Supersonic, said in an interview with The Evening Standard: “Aviation has not seen a major leap in decades. Overture is revolutionary in its design and will fundamentally change the way we think about distance […] With more than 600 routes around the world, Overture will make the world more accessible for millions of passengers.”

Liquidation of an aviation legend: The last flight of Interflug 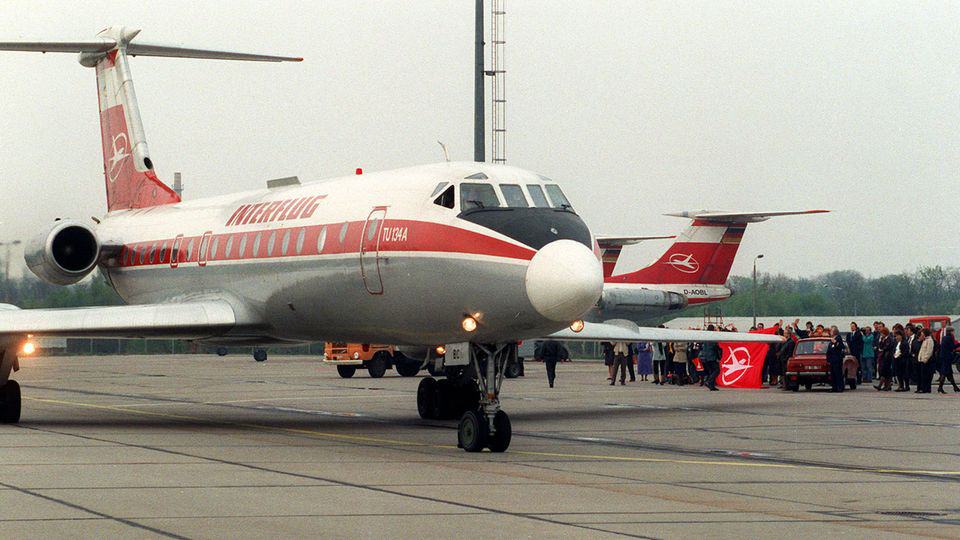 The last flight of an Interflug machine was on April 30, 1991 from Berlin-Schoenefeld to Vienna and back. In the picture the Tupolev Tu-134 with the registration D-AOBC.