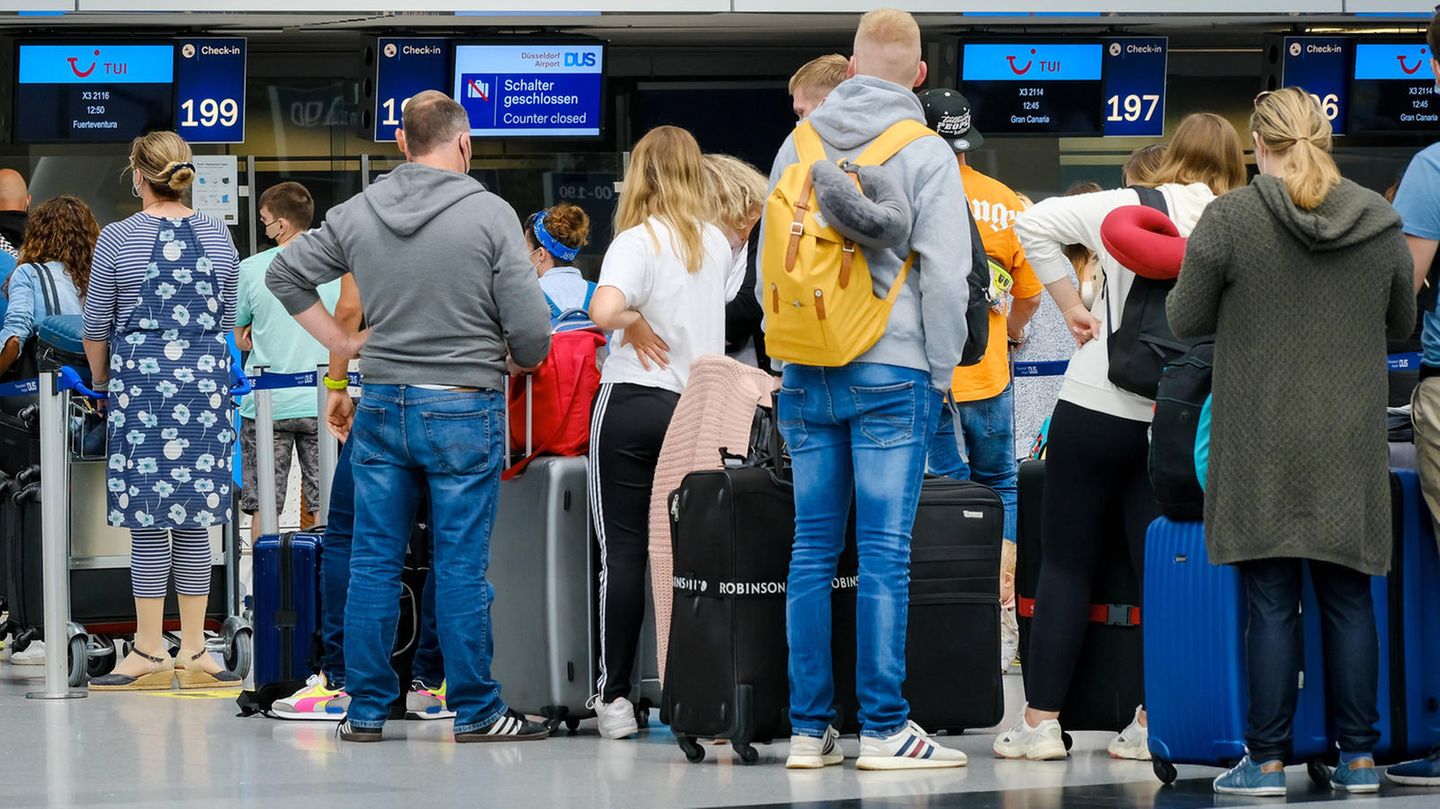 At Pentecost, passengers experience a foretaste of the forthcoming holiday flight summer. For the restart after Corona, there is a lack of staff in all corners of the system. Long waiting times and flight cancellations seem unavoidable.

Airports and airlines don’t talk around it any more: Holiday trips by plane become a test of nerves for passengers and providers alike in summer. The industry botched the restart into the first reasonably pandemic-free season since 2019. The reason is a lack of staff at various points in the travel process: from passenger control to aircraft handling to flight attendants, the people who looked for other jobs during the pandemic are missing everywhere.

“Across all locations, the service providers involved in handling passengers are missing around 20 percent of the ground staff compared to the pre-Corona period. This can lead to bottlenecks, especially at check-in, when loading suitcases and at air security checks at peak times,” says the general manager of the airport association ADV, Ralph Beisel. The airport works councils estimate the additional need for 5,500 people nationwide.

In the UK, the government and airline industry are blaming each other for the travel chaos that has already led to hundreds of flight cancellations and overcrowded passenger terminals. Here, too, there is a lack of trained personnel, who have left the industry en masse in the past two years. It is currently almost impossible to find staff, a representative of the GMB union told the BBC. In Germany, many employees have migrated to logistics, says Thomas Richter from the ABL association of ground handlers.

Due to the lack of flight attendants, low-cost airline Easyjet had already felt compelled to take a drastic step: In the British sub-fleet, the rear row of seats will be removed from all Airbus A319 aircraft this summer. Six fewer seats mean that the airline only has to use three instead of four flight attendants in the cabin for the remaining 150 passengers according to the applicable safety codes.

Due to the increased share of tourism in the traffic volume, a lot is brewing, especially at the weekends in the German terminals. There are already long queues through the halls in Düsseldorf, Berlin and Frankfurt. In the state capital of North Rhine-Westphalia, the main problem is with the passenger controls, which a private service provider carries out on behalf of the federal police.

The Verdi union expects ongoing problems over the summer, as the tense personnel situation is physically and mentally stressing the employees. There is already a sickness rate of more than 20 percent, says Verdi expert Özay Tarim.

Like its permanent competitor Amsterdam, Frankfurt has announced that it will thin out the flight plan to relieve the system, i.e. cancel individual connections. Of course, in close consultation with the airlines, who are anything but happy about this and are demanding compensation. The Dutch KLM has meanwhile even stopped selling tickets to get air for rebookings.

Despite the Ukraine war and record inflation, there is an enormous need to catch up, especially among private travellers. According to Eurocontrol, there were already more than 28,100 flights a day in Europe last week (May 23 to 29), which corresponds to almost 86 percent of the pre-crisis level. In the summer, for example, the Lufthansa Group wants to fly 95 percent of the pre-crisis level again on European short-haul routes, and the direct flight subsidiary Eurowings is even offering more seats than in 2019. It doesn’t fit into the picture that French air traffic control until the end of July because of the introduction of a new Systems has reduced its capacity and flights have to be relocated to German airspace.

One hurdle is the high safety requirements for people who work on the apron, load luggage and deliver food for little money in wind and weather. The background check at the aviation security authority of the state of Hesse can take up to six weeks. Anyone who has lived abroad for more than six months in the last five years must present either a European certificate of good conduct or a certificate of exemption from criminal prosecution from the relevant country – a requirement that is hardly feasible for many migrants.

FRA, LHR or HSV: Do you recognize these airports by the letter code?

The crisis has long been global, so that the airline association IATA has also taken on the matter. He proposes globally standardized training content so that ground staff and pilots can be deployed anywhere in the world. In addition, recruitment must be improved and security checks streamlined.