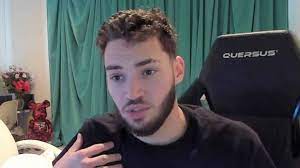 Adin Ross is a streamer that is second to none. Although his career on Twitch officially started in 2019, the native American is already followed by around 5 million people. Ross started his channel as Adin2Huncho and dedicated it primarily to video games like NBA 2K or GTA5, slot machines and blackjack were added later.

Surprisingly, while Adin Ross joined YouTube in 2014 at the tender age of just 14, the oldest of his NBA 2K20-themed videos only went live two years ago. [1] With this began a career that the streamer would certainly not have dreamed of.

Adin Ross has been one of the most successful Twitch streamers and YouTubers since 2019 . Social media is his second home, although the American, who was born on October 11, 2000 in Boca Raton, Florida, keeps his private life under wraps as much as possible. His focus is on live streaming – be it video games like NBA and GTA , or in the Stake Casino. Apparently it is thanks to basketball legend LeBron James that Ross rose to incredible prominence in the gamer scene within months.

Adin Ross, whose streamer name is identical to his real name, currently lives in Florida, USA. Rumors that he had moved to Mexico have not been confirmed. [3] Rather, he received a sponsorship from Stake.com and traveled to the country for a week for the purpose – primarily to gamble, but of course Ross also enjoyed some free time. He shares his impressions with the community in one of his YouTube videos.

A special trademark of the streamer is the striped left eyebrow. Striped because he apparently shaved off part of it. The special style makes him stand out among all the other streamers.

In February 2020 Adin started streaming as part of SSB (Stacy`s Stepbrothers) . Behind it are various members who produce individual Twitch streams and videos, but who also sometimes work together on new transmissions. In addition to lesser-known names such as Shnaggyhouse, ZaneOnTheGame, IziPrime, OGRoyce and Cuffemm, Bronny James, the son of NBA player LeBron James , deserves a special mention. With him, Ross appears more often in front of the camera.

Ross plays in these casinos

Although Adin Ross has received some enticing offers from gambling industry companies in the past, most notably Duelbits, he currently remains loyal to his favorite crypto casino Stake.com and diligently shares his success with the community. He is also said to have played at Roobet for some time.

Famed Twitch streamer Adin Ross’ shocking sponsorship earnings will have you on your back.

We all know that big-name Twitch streamers like Alinity and Ninja make money from lucrative sponsorship deals and stream donations. But if we know exactly how much they earn, it’s still enough to turn our backs on poor farmers.

We’re not salty either. Adin only started streaming regularly about 3 years ago and has quickly made a name for himself for his Grand Theft Auto V and NBA 2K streams. In fact, it’s great that he’s had such success with his streaming career so far. Currently, Adin has a following of over 4.5 million fans and considers his followers an extension of his family.

Adin’s credit was revealed in a brief leak of his Discord DMs. In the clip we see his conversation with “Duelbits” (believed to be the branded account of an online casino of the same name). You would have to have a keen eye to catch it as the whole ordeal only lasted about 1 second.

In the conversation, it appears that Adin is negotiating with Duelbits, presumably about an upcoming deal. He didn’t seem particularly impressed with their $2 million offer, quoting, “We’re getting more / Sorry bro. Maybe someday we can go back to work [sad face emoji]”.

Towards the end of the clip, it seems like he realized his mistake. While it’s not surprising to learn about his earnings, it’s still mind-blowing how much money these streamers make.