8 things that definitely not everyone knows about Mallorca

Definitely not everyone knows about Mallorca 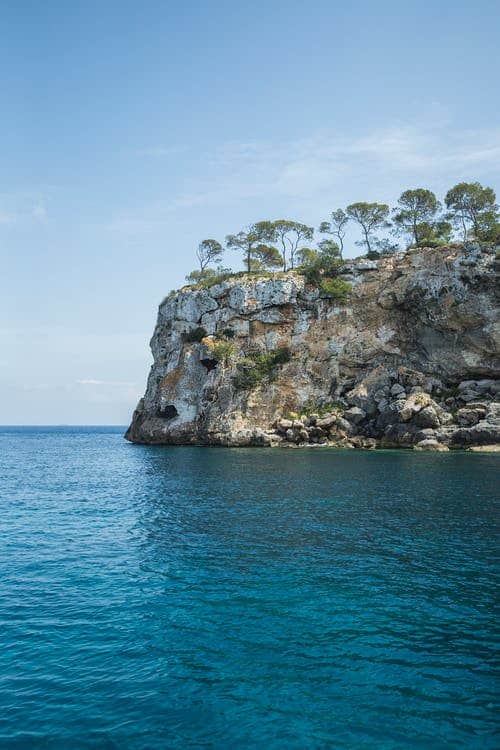 Beaches, Cities, Destinations, Explore
8 things that definitely not everyone knows about Mallorca

Those who have been to Mallorca several times think they know everything about the island. There are some exciting and curious facts about the largest of the Balearic Islands that not everyone knows.

We have finally been able to travel to Mallorca again for a few months. While some prefer the party life on Playa de Palma, others prefer to holiday in the quieter south-east of the island, and still others appreciate the mountainous region in the north-west, where you can go hiking and mountain biking. Some of you may even have been everywhere and now know the island really well. Nevertheless, there are certainly some unknown and sometimes strange facts that might surprise one or the other.

Mallorca – 8 unknown facts about the island

1. The first tourist was an Austrian

What should no longer surprise anyone: By far the most foreign tourists on Mallorca come from Germany. According to Statista , there were almost 5 million in the pre-Corona year 2019, followed by the British (around 3.7 million) and the Swiss (almost 500,000). However, the first person to travel to Mallorca as a tourist came from Austria: In 1867, the Austrian Archduke Ludwig Salvator visited the island and three years later settled there completely. He also opened Mallorca’s first guesthouse where visitors could stay for free if they brought their own food.

2. 150 years ago there was not a single house in S’Arenal

150 years ago there was not a single house where today one hotel after the other and one beach bar after the next. In 1872 a man from the interior of the island built his first holiday home there, and little by little a small settlement of fishermen’s huts and holiday homes developed, which was first mentioned in Spanish documents in 1881. When a railway line was built in Mallorca from Palma to Llucmajor, more and more workers moved to the town, which was eventually christened S’Arenal, “the sandy one”. In 1930 there are three bars, but still no hotel and no restaurant. The real tourism boom only started in 1960 with the opening of the international airport in Palma. Dozens of hotels were built, 70 of them in S’Arenal alone. In the entire Playa de Palma holiday area there are now almost 33,000 guest beds

That same Playa de Palma, home of the shooters and the most visited beach on the island, was once much narrower than it is today. It was not until the 1990s that it was widened to more than 500 meters by artificial embankments. And when a severe storm in autumn 2001 eroded several large beaches on the east and north-east coasts, including Can Picafort and Cala Millor, down to a narrow strip of sand, thousands of tons of sand were dredged from the deeper seabed off Mallorca at the behest of the Spanish Environment Ministry and piled up again on the ruined beaches. Because the ecosystem on the seabed was largely destroyed as a result, the European Court of Justice sentenced the Balearic Islands to a million fine. Of course there are also beaches on Malle that have formed naturally,

4. Mallorca has no lakes and rivers

Water almost everywhere you look, but not a single river or lake: you won’t find natural freshwater springs on Mallorca. On the other hand, what you often find are dry river streams, called torrentes , which only carry water after heavy rains and then sometimes turn into real torrents. Because they serve to protect against flooding, they are extensively cared for and maintained. The two lakes Cúber and Gorg Blau in the Tramuntana mountains are artificially dammed and serve as drinking water reservoirs.

Mallorca is not only popular with bathing and party holidaymakers, but also with hikers and mountain bikers. After all, the island has real mountains in the north-west. The Serra de Tramuntana runs 90 kilometers along the coast, from Andratx to Pollença, and has eleven mountains higher than 1000 meters. The highest is the Puig Major, which spirals 1445 meters into the sky almost in the middle of the mountain range. Incidentally, the Serra de Tramuntana is partly responsible for the good weather on Mallorca: the mountains keep most of the rain clouds away and protect the island from the cool north wind.

6. Some animals are only found in Mallorca

The mountainous region of Mallorca in particular is a protected retreat for many animals and especially birds. Another unknown that may surprise some is that some species are unique to Mallorca. For example, the black vulture, although this has now also been introduced to mainland Spain and France, or the Mallorcan midwife toad, which until the early 1980s was thought to have been extinct long ago. The tiny frog, which grows to a maximum of 38 millimeters in size, stands out because of its protruding eyes.

7. The king of Mallorca is not Jürgen Drews

Even if some people may be convinced of it – the king of Mallorca is not called Jürgen Drews. Although Thomas Gottschalk declared the pop singer to be the same during a “Wetten, dass…?” show in Mallorca in 1999 and Drews sang himself a year later with the hit of the same name, the island is of course ruled by someone else: Felipe Juan Pablo Alfonso de Todos los Santos de Borbón y Grecia, Felipe IV for short, the King of Spain.

Shoes have long been Mallorca’s number one export hit, and have been since the beginning of the 20th century. In 2013, shoes worth 100 million euros were shipped abroad, mainly to Germany, Great Britain and France. The center of shoe production is in Inca in the center of Mallorca. The best-known of all Majorcan shoe brands was also founded here in 1975: Camper (pronounced Camper, by the way, but as written Camper, it is the Majorcan word for farmer). Recently, however, shoe exports from Mallorca have fallen sharply. On the other hand, another island commodity has grown enormously in exports: sea salt. Sales of Balearic sea salt abroad have increased by more than 500 percent since 2014.