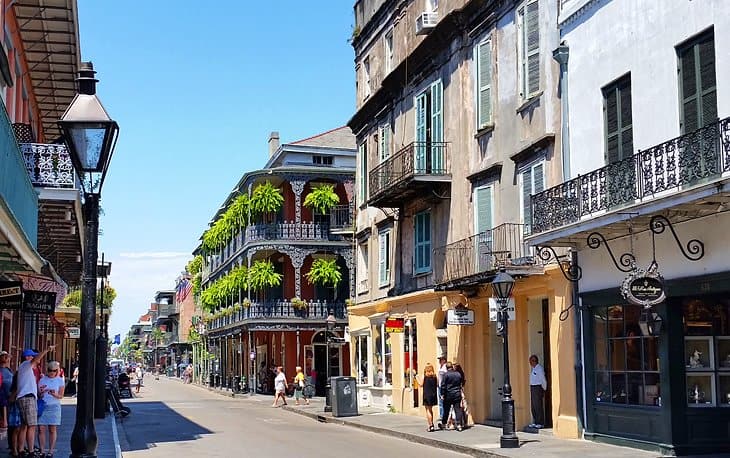 Louisiana is one of America’s most underrated states. People often overlook it because of its size and reputation as a party destination. But there are plenty of reasons why tourists flock here every year.

The city of New Orleans is world famous for its unique music scene, food, and parties. But don’t let the big names like Bourbon Street fool you; there are still plenty of attractions in the rest of the state that make it worth exploring. From historic plantations and museums to beautiful beaches, Louisiana offers something for everyone. Here are 14 top-rated tourist attractions in Louisiana. 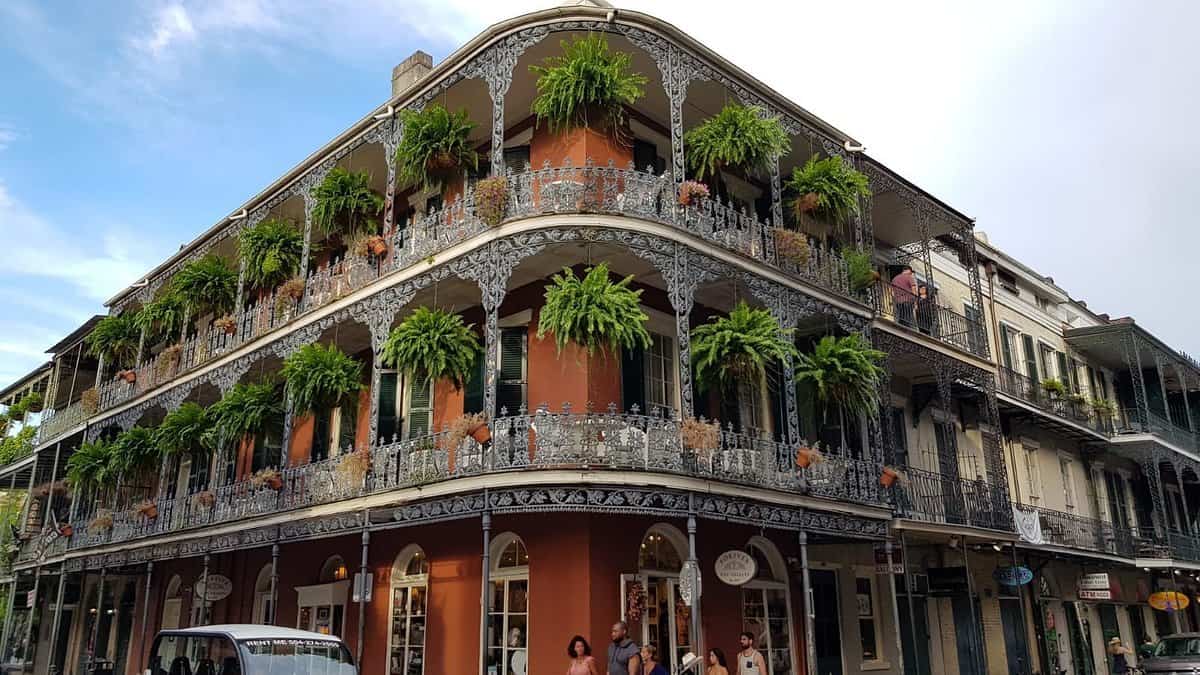 The French Quarter is New Orleans’ oldest and most famous neighborhood, dating back to 1718. Many of its beautiful buildings date back as much as 300 years, some with wrought iron balconies extending over the tourist-filled streets below. Visitors flock here for sightseeing, shopping and dining, and the area is especially busy during the annual Mardi Gras celebrations.

Most people head straight for Bourbon Street, which is always bustling with live music and street performers, and it’s one of the city’s best places to party. But there are plenty of other things to do in the French Quarter too. You could spend hours wandering narrow side streets lined with charming boutiques and art galleries. Or you could sit down to a delicious meal at a local restaurant – just make sure to book ahead, as tables fill up quickly.

There are lots of great museums in the French Quarter too, including the National World War II Museum, the Louisiana Children’s Museum, and the New Orleans Jazz & Heritage Festival. And don’t forget to check out Jackson Square, where you can see the iconic statue of Andrew Jackson. 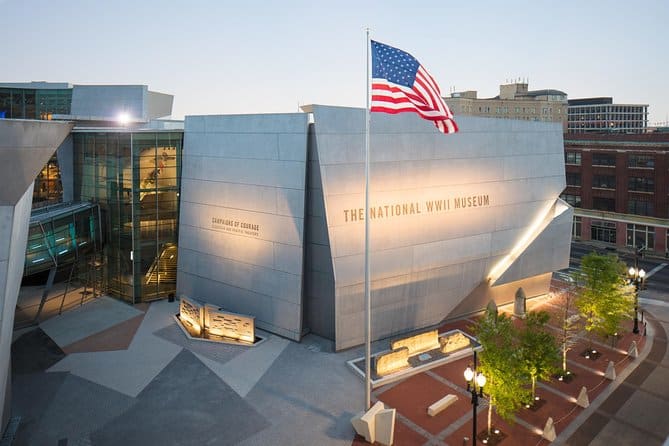 The National World War II Museum in New Orleans is one of the largest museums in North America dedicated solely to the Second World War.

The museum opened on May 26, 2017. Visitors can explore the museum’s vast array of exhibits, which cover everything from the start of the European theater of operations to the end of the Pacific campaign.

One of the most impactful experiences offered at the museum is Road to Berlin, which allows guests to walk through a re-creation of the Battle of Berlin. Guests can experience what it was like to fight over the city during the final days of World War II.

Other highlights include a recreation of the USS Laffey, a destroyer that fought off Japanese planes during the Battle of Guadalcanal; a display of the Seabee exhibit; and a gallery featuring the work of artists such as Robert Indiana and Andy Warhol.

In addition, there are numerous multimedia presentations throughout the museum, including a film showing the story behind the creation of the atomic bomb. 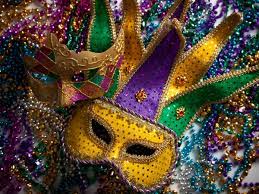 The biggest event on Louisiana’s yearly calendar is the MardiGras celebration that takes place every year in New Orleans. This colorful holiday celebrates the beginning of Lent with parades, balls, and street festivities like no other.

MardiGras is held one week before Ash Wednesday, but it begins over the course of several days with events happening throughout the city.

Louisiana residents and visitors travel from across the world to experience the fun. People from nearly every state and many countries attend, including people dressed in traditional Mardi Gras Indian regalia.

To see the floats up close during the parade, tourists visit Mardi Gras World, where they can watch artisans and craftspeople construct the elaborate floats. Some of the materials used to make the floats include wood, papier-mache, fabric, and even human hair.

Nearly half of the celebration’s participants work in the Mardi Gras World workshop building floats and costumes. 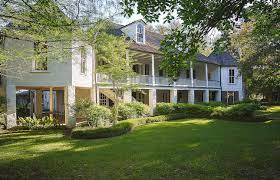 Melrose Plantation in Nachitoches was first know as Yucca Plantation. When it belonged to Marie Therese and Claude Thomas Pierre Métier, freed slaves. In 1804, the owners were forced to sell the land because of financial difficulties. After being purchased by Louis Philippe de La Tour d’Auvergne, Marquis de Boulainvilliers, the property was renamed “The Melrose.” The Melrose Plantation was established in 1801. A few years later, the owner, Madame de Boulainville, married her son, Jean Baptiste Augustin Henri de La Tour d’ Auvergne, Marquess de la Tour d’Auverny. The couple lived there until 1812. During the American Civil War, the Union Army occupied the estate. In 1870, the Melrose Plantation was bought by John Hampton Henry and his family. He died in 1895 and his widow, Camille, continued to live there. She was a patron of the arts and enlarged the gardens and preserved the old buildings. The Big House is a French Creole plantation house with Greek Revival details. The building was constructed around 1900. 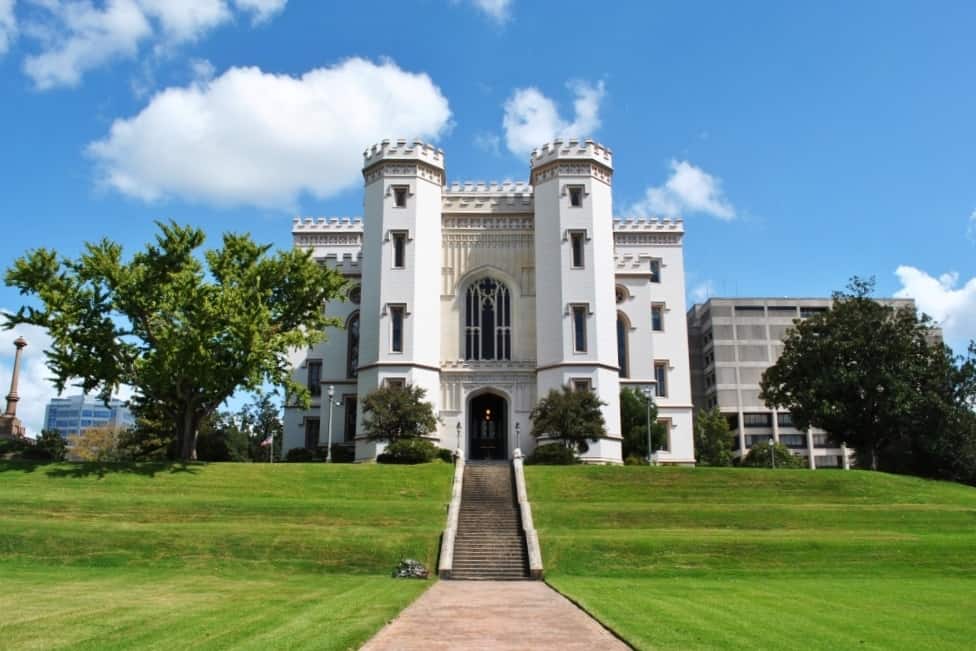 The Gothic Revival-style Old State Capitol is one of the most striking buildings in Louisiana. Located in downtown Baton Rouge, it is home to the Louisiana Political History Museum.

Two enormous towers flank the main entrance and the roof is crescent-shaped. Inside, visitors are greeted by a grand staircase leading up to the second floor. A large mural depicting scenes from Louisiana’s history covers the walls of the rotunda.

In addition to providing insight into Louisiana’s past, this unique attraction offers guests a chance to interact with the ghost of Sarah Morgan, who died here in 1857. Guests can see her walk down the stairs and enter the rotunda.

Keep your wallet in your pocket because there’s no charge to tour the Old State Capitol. 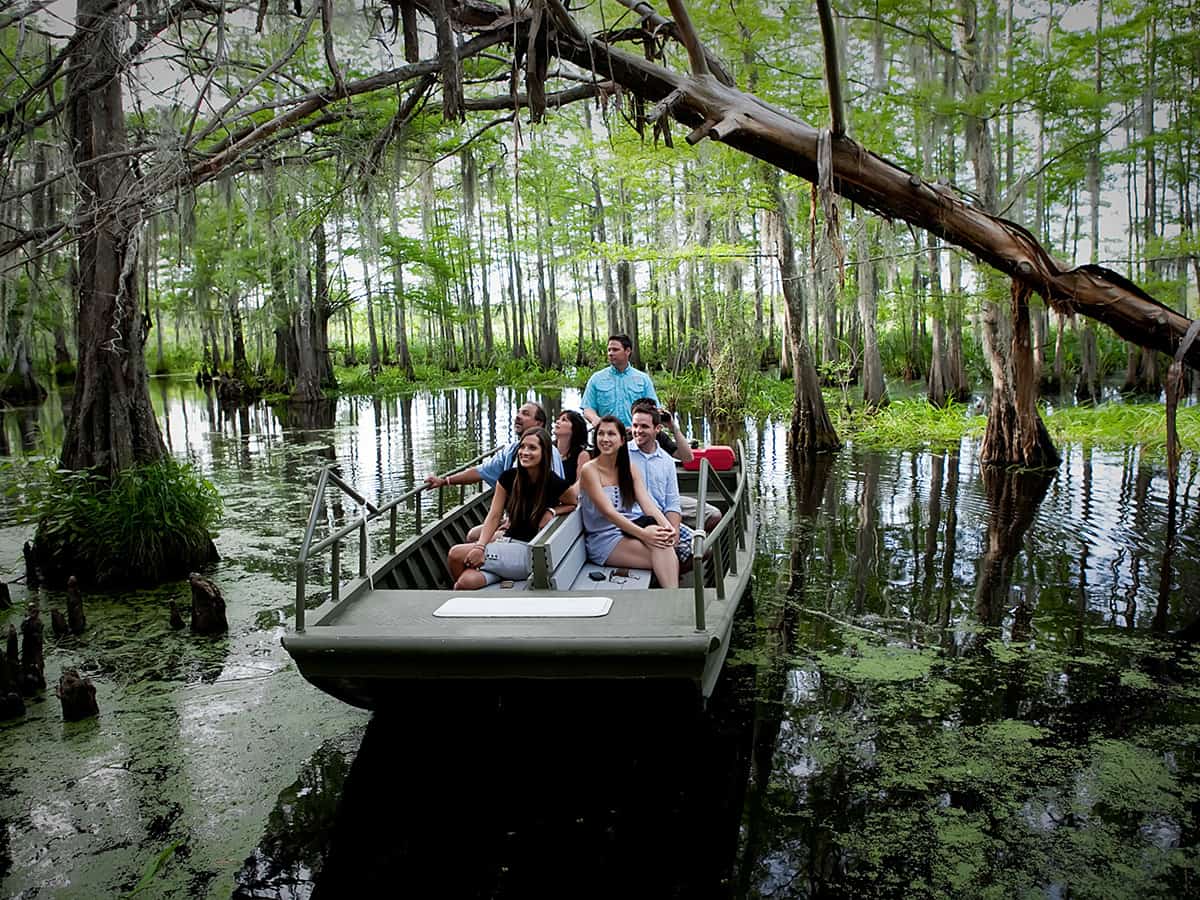 Louisiana is known for its bayous and swampy terrain, and fortunately you don’t need to venture very far from New Orleans to enjoy this unique experience.

Tours are easy to arrange, and one of the most popular is the New Orleans Swamp & Bayou Boat Tour with Transportations.

This two-hour boat tour takes place on the Mississippi River and leads you through the Honey Island Swamp and points out the many critters, large, medium, and small, that live here.

You’ll also stop at a Cajun village accessible only by water, providing insight into their unique culture. 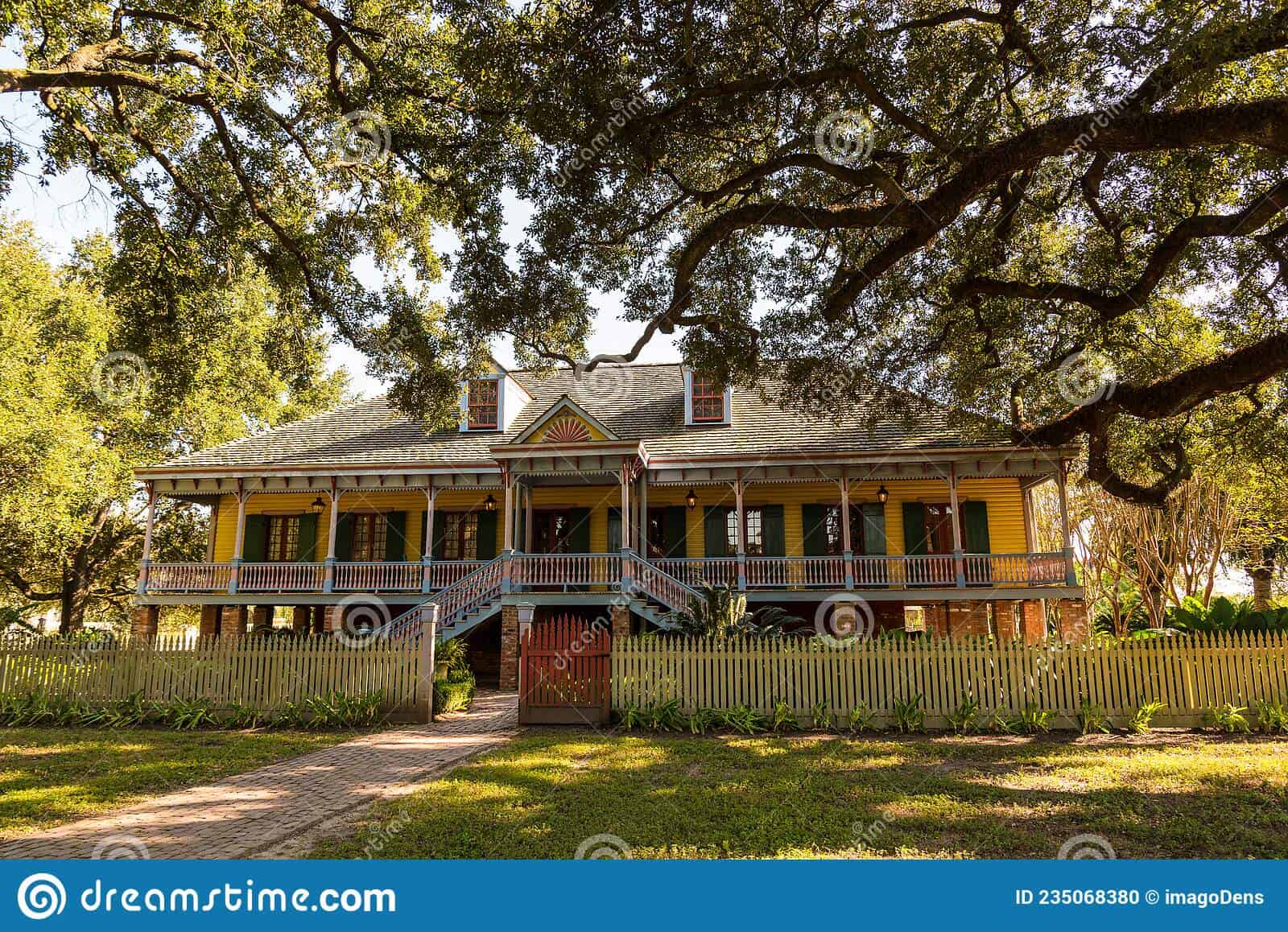 The Laura Plantation in Vachery opened to the public in 1994, allowing visitors to explore the 1805 structure that was a sugar CANE plantation for 180 years. The home contains original period furnishings, as well as exhibits showcasing the memoirs of Laura LOUCOUL, who owned the property from 1809 to 1819. Most notable about the plantation are the exhibits dedicated to the lives and experiences of the people who lived and worked there.

Collections include rare photos and documents, as well as artifacts, such as quilts, clothing, and tools used during slavery times. Visitors can learn how the plantation operated and see how the owners treated both the slaves and themselves.